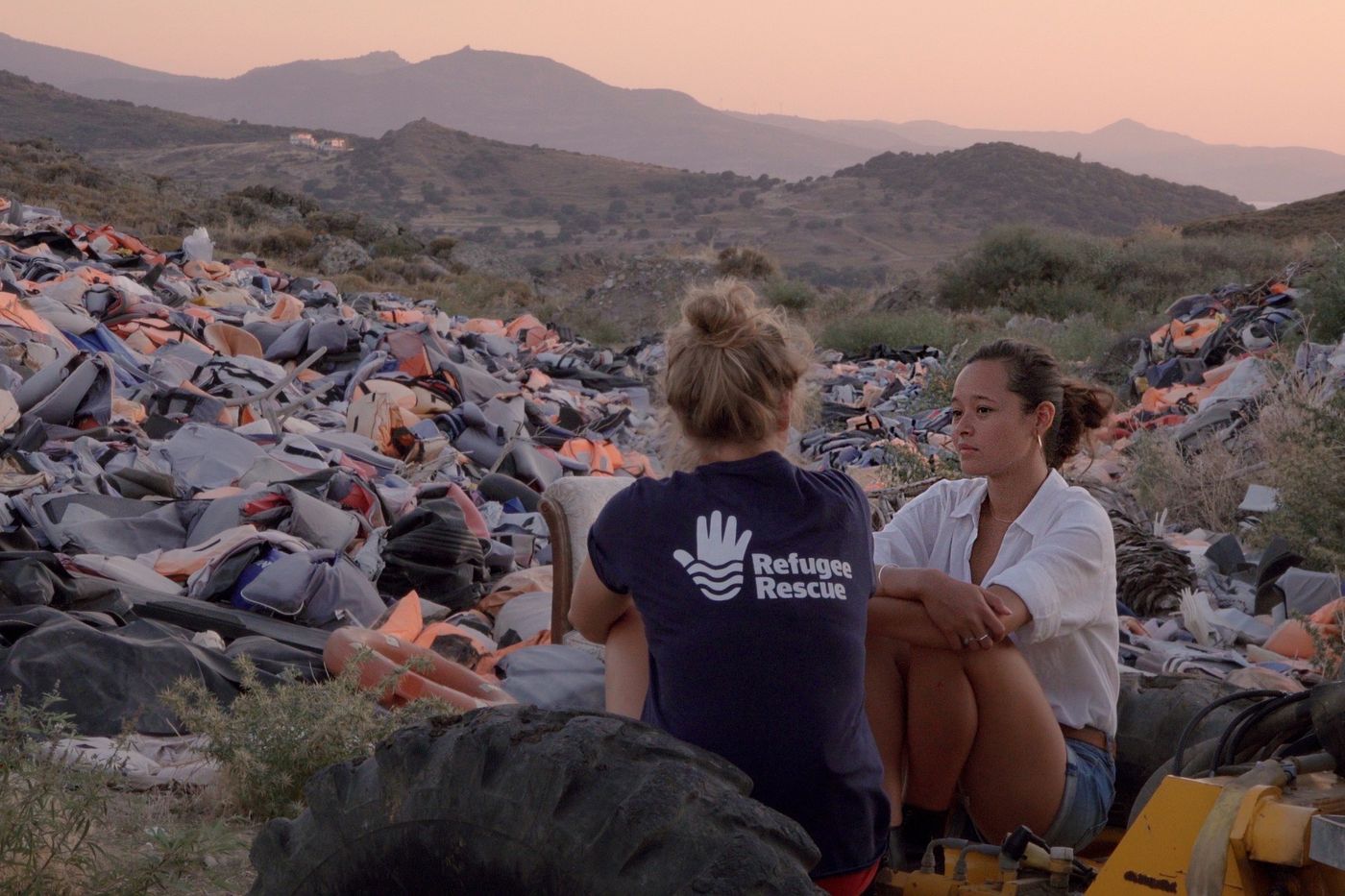 When the director met 18-year-old Melati, a young Indonesian living in Bali, it had been six years since she and her sister were working to raise awareness. A sort of “Asian Greta Thunberg”, whose action not only allowed the ban on plastic bags on her island but also made the youngest aware of this scourge.

→ CHRONICLE. “Journalism only has meaning if it is a citizen”

The writer and director Flore Vasseur chose her as the common thread of a story constructed like an odyssey whose port of arrival is naturally located in Greece, in Lesbos. Melati finds Mary, a 22-year-old Englishwoman engaged in the rescue of migrants at sea, and tells her about her trip.

Her stages have taken her from Lebanon to the United States via Brazil, Malawi or Uganda. Everywhere where young people like her chose, very early on, to be indignant against the dysfunctions of this world and to try on their own scale to “fix” it. Mohamad built a school to provide education for Syrian refugee children like him, Memory raised the legal age of marriage in his country from 15 to 18 and urges girls to go back to school, Xiu fights against land grabbing by shale gas prospectors in Colorado and Rene started a newspaper at age 12, Voz, to make the voice of the inhabitants of the favelas of Rio de Janeiro heard despite the threats. “I’m changing my community, not the world”, he explains lucidly.

A heartwarming community of fate

Like tomorrow by Cyril Dion and Mélanie Laurent, Flore Vasseur’s film focuses on local and concrete initiatives that go beyond the sole field of climate change to tackle all the disturbances of our system in terms of human rights, freedom of expression, social justice or access to education or food. Each of these fights owes a lot to the tremendous energy of the young activists who carry them and weave between them a kind of particularly heartwarming community of destiny.

A call to action and a formidable remedy for the feeling of powerlessness and the prevailing fatalism in the face of the scale of the stakes. “This thing which is beyond us and which we are fighting is ourselves”, notes Melati. Flore Vasseur believes in the value of exemplarity and the power of cinema to carry this message to the younger generations for whom the film is primarily intended.

To hit his target, Bigger Than Us, co-produced by Marion Cotillard and presented in preview at the last Cannes Film Festival, relies on a particularly careful construction and images that stand out this documentary from all those of the same genre that we have seen on screens lately.