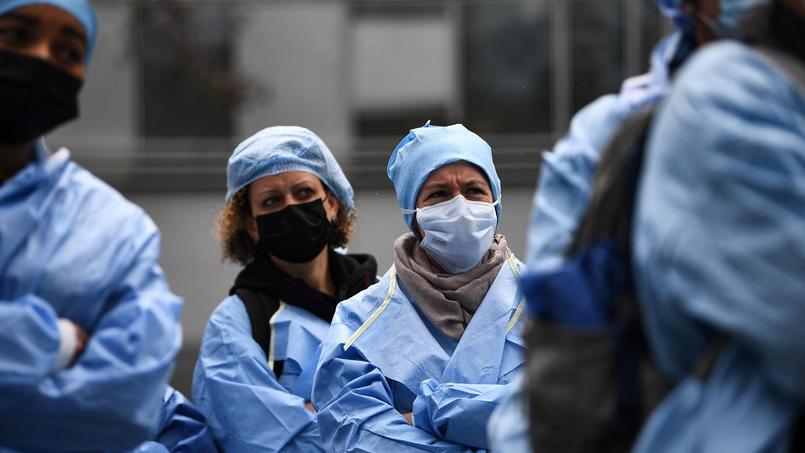 GRANDSTAND – The difficulty of recruiting nursing staff at the Assistance Publique-Hôpitaux de Paris (AP-HP) can be explained by many factors.

During the last months of this year, 1,400 nursing positions were not filled at the Assistance Publique-Hôpitaux de Paris (AP-HP), leading to the closure of a large number of hospital beds and the deprogramming of acts considered non-urgent. One can only wonder about the reasons for this disaffection of nursing staff for the public hospital, and particularly for one of its most prestigious jewels, the Assistance Publique-Hôpitaux de Paris.

It is probably the facility that brings forward the question of the remuneration of nursing staff to explain their lack of interest in their profession in the public hospital and their flight to other professions or structures. Even if the salary is important and deserves to be reassessed, particularly in its evolution during the agent’s career in the light of European standards, the level of remuneration in the hospital public service is far from being able on its own explain the flight of medical or paramedical personnel.

” READ ALSO – Short of staff, the hospital on the verge of asphyxiation

At least three other phenomena much less easy to identify and a fortiori to correct contribute to explaining the difficult situation of our hospitals.

Belong to a team

The first is the one that has led, over the last ten years, to the loss of the feeling of belonging to a team. The problem is all the more surprising in that it developed when a managerial trend of an entrepreneurial type was flooding the hospital, with the development in the early 2000s of activity-based pricing. Everything happened as if the health economists and, after them, the hospital managers had applied only part of the program (that intended to analyze and control costs) while forgetting the “team building” aspect, of which the hospital service and its medical and paramedical managers were the center.

In a few years, the importance of the services and their managers has thus been reduced in favor of the poles, and more recently of the university medical departments (DMU), which are even larger and more heterogeneous and of which a recent study has shown that only 12% of practitioners are satisfied.

The legitimate pride of caregivers, doctors or not, in belonging to a recognized team led by a doctor who is sometimes inspiring and often appreciated has gradually faded, with many staff no longer even knowing the name of their medical director. However, it is very often this feeling of belonging to a group that makes us forget or accept the difficulties.

The second phenomenon is intimately linked to the previous one. The services gradually disappearing in favor of the centers or the DMUs, the management of human resources, particularly paramedical, has shifted; and the state diploma in nursing being a general practitioner, absences have often been compensated for by displacing personnel in defiance of the valuable skills that have sometimes been acquired over a long period of time. The urology or digestive surgery nurse is thus entrusted from one day to the next and for twenty-four or forty-eight hours with orthopedic, gynecological or maxillofacial surgery patients, on behalf of the uniqueness of the pole or of the DMU.

We are only now measuring the damage caused by this lack of knowledge on the part of hospital managers of the basic rules of team management and, beyond that, of the recognition of acquired experience. This feeling of having become interchangeable “pawns” is perfectly expressed by the personnel and plays a large part in their perception of a lower quality of life at work.

The third phenomenon is more specific to large agglomerations, and particularly to the Paris region. The Assistance Publique-Hôpitaux de Paris is the fourth landowner in Paris: it owns around 10 million m2, including nearly four hospital workers. Over the past twelve years, approximately 100,000 m2 of hospital land in Paris and the inner suburbs have been sold, i.e. the equivalent of more than a thousand housing units.

The sums collected have certainly been largely reinvested in hospitals, but we can regret the lack of consideration of the difficulties in finding accommodation for paramedics, who are sometimes forced to travel 100 kilometers to come to work. The governance of our hospitals has thus very often, despite the importance of its land heritage, given the impression of preferentially housing doctors and administrative staff to the detriment of paramedics, who nevertheless represent the very soul and raison d’être of the hospital system.

Very recently, the Director General of AP-HP distributed to all of the institution’s staff a text in which he identifies thirty “levers” aimed at improving the attractiveness of the institution. Among these, particular emphasis is placed with the help of the regional health agency of Île-de-France on better access to housing for paramedical personnel.

We hope that this text will be followed by effects, because the situation during the second half of 2022 continues to worsen. But perhaps there is still time, through a rapid application of these proposals, to stop the flight of our precious collaborators.