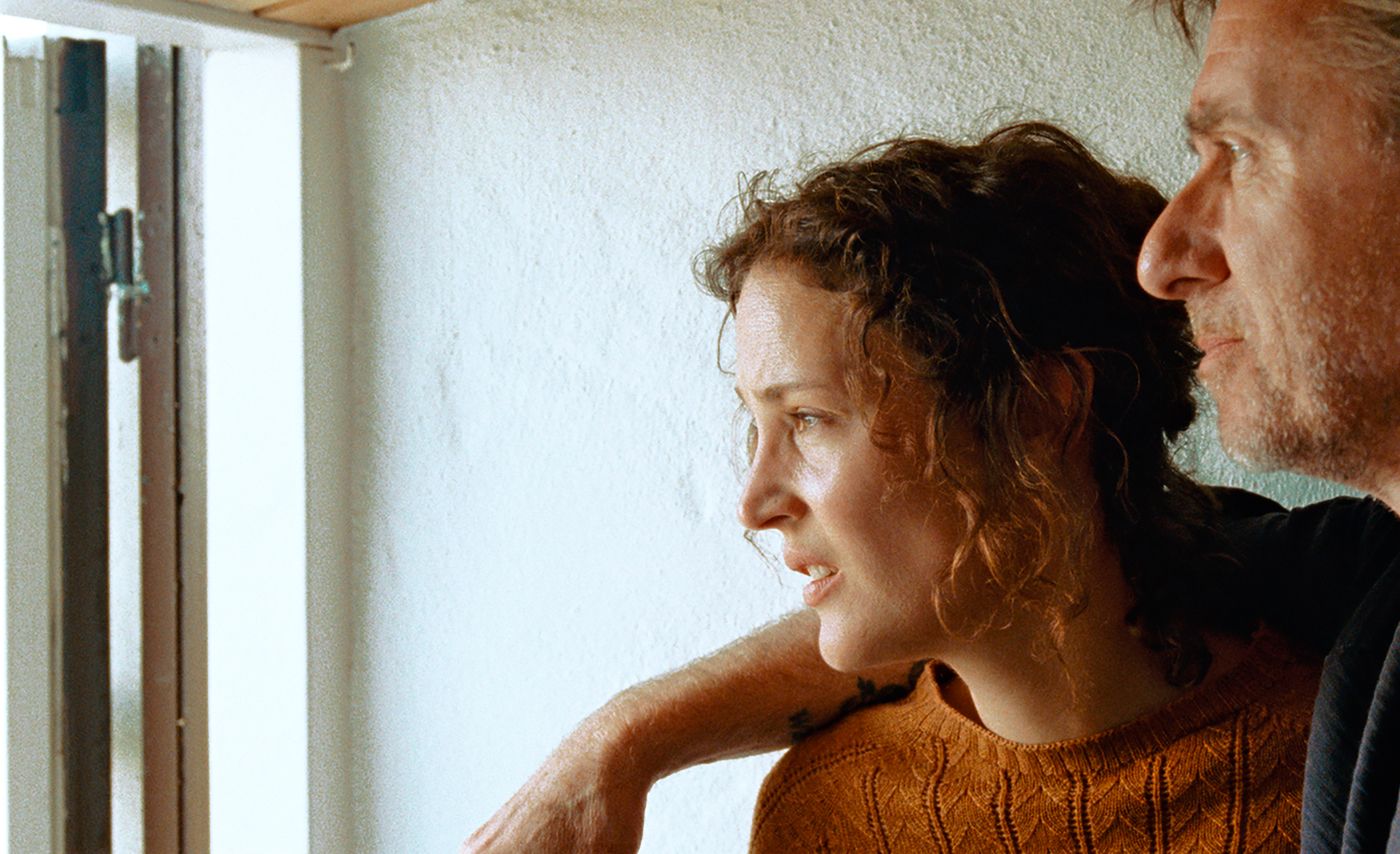 How to work as a couple on an island where was filmed Scenes of married life, the film by Ingmar Bergman which, according to the fans of the great Swedish filmmaker, pushed millions of people to divorce? This is one of the questions asked, not without malice, by Mia Hansen-Love in her luminous feature film, Bergman Island, in competition at the Cannes Film Festival and in theaters Wednesday July 14.

The island of Bergman in question is none other than the island of Faro, in the Baltic Sea, where the author of the Seventh seal lived and worked from 1960 until his death in 2007. It is in this idyllic setting (summer at least) that Chris (Vicky Krieps) and Tony (Tim Roth), two directors in marriage, came to seek inspiration for their next films.

Installed in the house of the master of introspective cinema, transformed into an artist’s residence, the two creators joyfully immerse themselves in their writing work. Few distractions, view of the sea and lush nature, uncluttered, elegant and comfortable architecture: all the conditions are met to give birth to beautiful scenarios. And yet, Chris finds it too perfect to be true.

While her companion, recognized and experienced, advances on her new story, the young woman is asking even more questions than usual. He misses their child and worldly solicitations bother him. Dodging the “Bergman safari” (you can’t invent it!) To which Tony is invited, Chris, taking crossroads, gets to know better the man who hides behind the totemic figure of the 7th world art: fickle husband, absent father, Bergman had sacrificed everything to his impulses and obsessions.

The scenario that she then weaves is bathed in these contradictions between man and his work. Or rather between the woman and her creation. Since she seems to put a lot of herself in the story of a female character, also a filmmaker, faced with the temptation to reconnect with a former lover. Direct allusion, by the way, to Mia Hansen-Love’s third feature film, the very gracious Young love(2011).

When Chris delivers the content of his script to her husband, politely distracted but not fooled by his personal dimension, then begins a film within the film which takes the viewer into a dizzying succession of mise en abyme, between fiction and reality.

Because Bergman Island was written on the island of Faro where Mia Hansen-Love herself worked for a time with her former companion Olivier Assayas. This clarification is not just a gazette cancan people : it adds yet another layer of narrative to these mirror games. Sophisticated on paper, the film nevertheless exudes a disconcerting ease, a disarming charm, through the grace of a limpid and discreet editing, playing on the porous borders between reality and imagination.

Carried by an impeccable interpretation of all its actors, starting with Tim Roth, perfect as a deceptively good-natured companion, and the extraordinary Vicky Krieps. Already amazing in Phantom Thread, by Paul Thomas Anderson (2018), she plays with a disconcerting naturalness this woman plagued by emotional disorders, fascinated by the tension between freedom and solitude.

Filmed in cinemascope, the island of Faro is also one of the essential characters in this film which is both cerebral and sensual, intimate and universal. Utopian place par excellence, this piece of land creates a world between two waters, those cold but palpable of life and those enveloping but evanescent dreams.