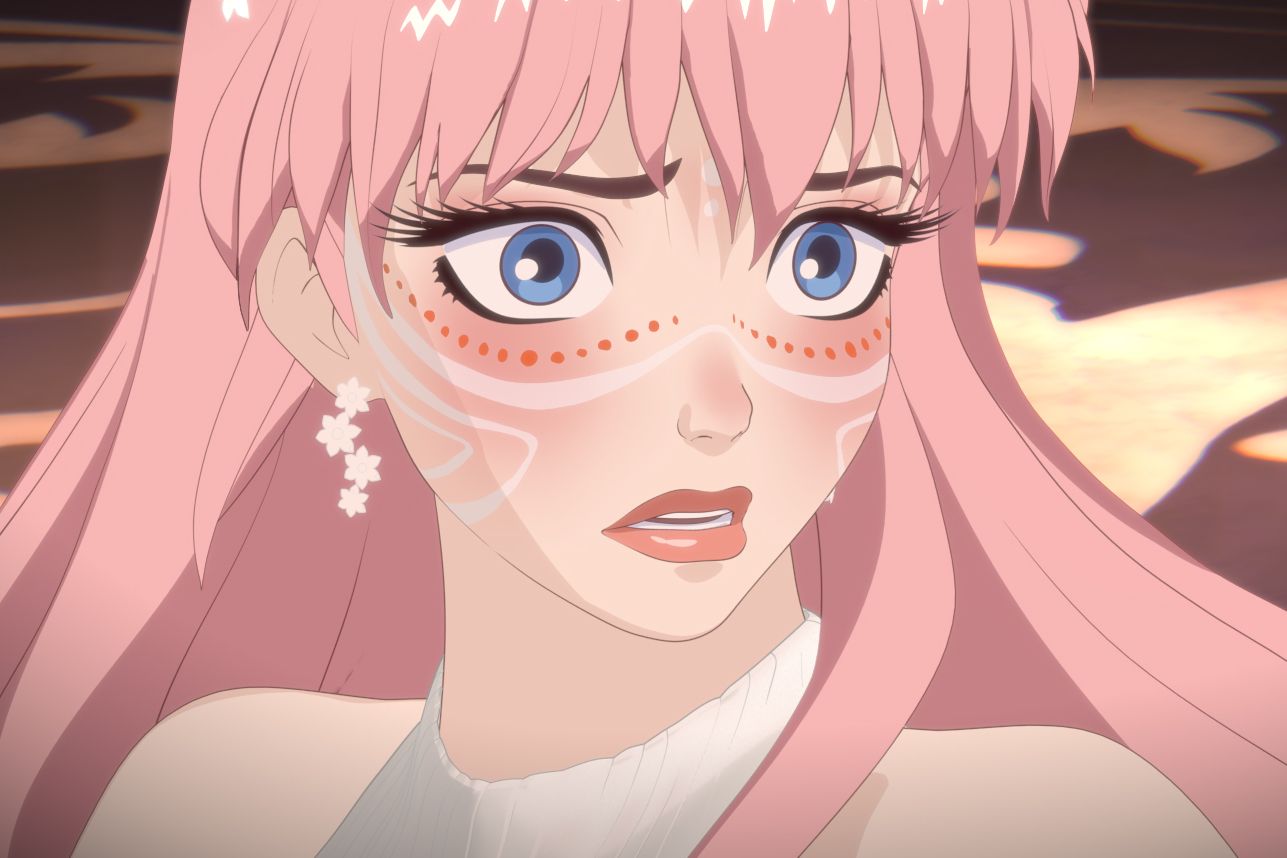 Mamoru Hosoda regularly hears from the youth of his country. A major figure in Japanese animation cinema, the director of Wolf Children Ame & Yuki (2012) continues, from film to film, to question the links that children maintain with their family nucleus. In Beautiful, he revives a picture of adolescence similar to the one he painted in the excellent Summer wars (2009).

In her new film, young Suzu leads a double life. Introverted schoolgirl by day, living with her father in a small mountain town, at night she becomes Belle, the musical face of the digital application U. Millions of Internet users, represented by three-dimensional avatars, interact in a parallel universe. governed by its own rules. Rules broken by one of its members, a monstrous creature that the young girl tries to understand better.

A rereading of The beauty and the Beast

As always with Mamoru Hosoda, harsh reality comes knocking on the door of the best of virtual worlds. In what looks like a foreshadowing of the famous “metaverse” of which Mark Zuckerberg, the boss of Facebook, dreams, the teenagers, whose bodies are in full transformation, are freed from their appearance and parental authority. Belle, herself, is an improbable cross between the Snow Queen and Princess Mononoke, the heroine of Hayao Miyazaki …

But the diktats of a corseted society have not for all that disappeared and Mamoru Hosoda takes the opportunity to deliver a virulent criticism of the cold individualism and the weight of the social masks present in his country, coupled with a painful reflection but a little hasty on parenting. Immersive show in a floating world saturated with bright colors and baroque decorations bordering on kitsch, this reinterpretation of The beauty and the Beast, which multiplies the winks to Cocteau and Disney, is at the same time romantic and dark, funny and serious, entertaining and disturbing.