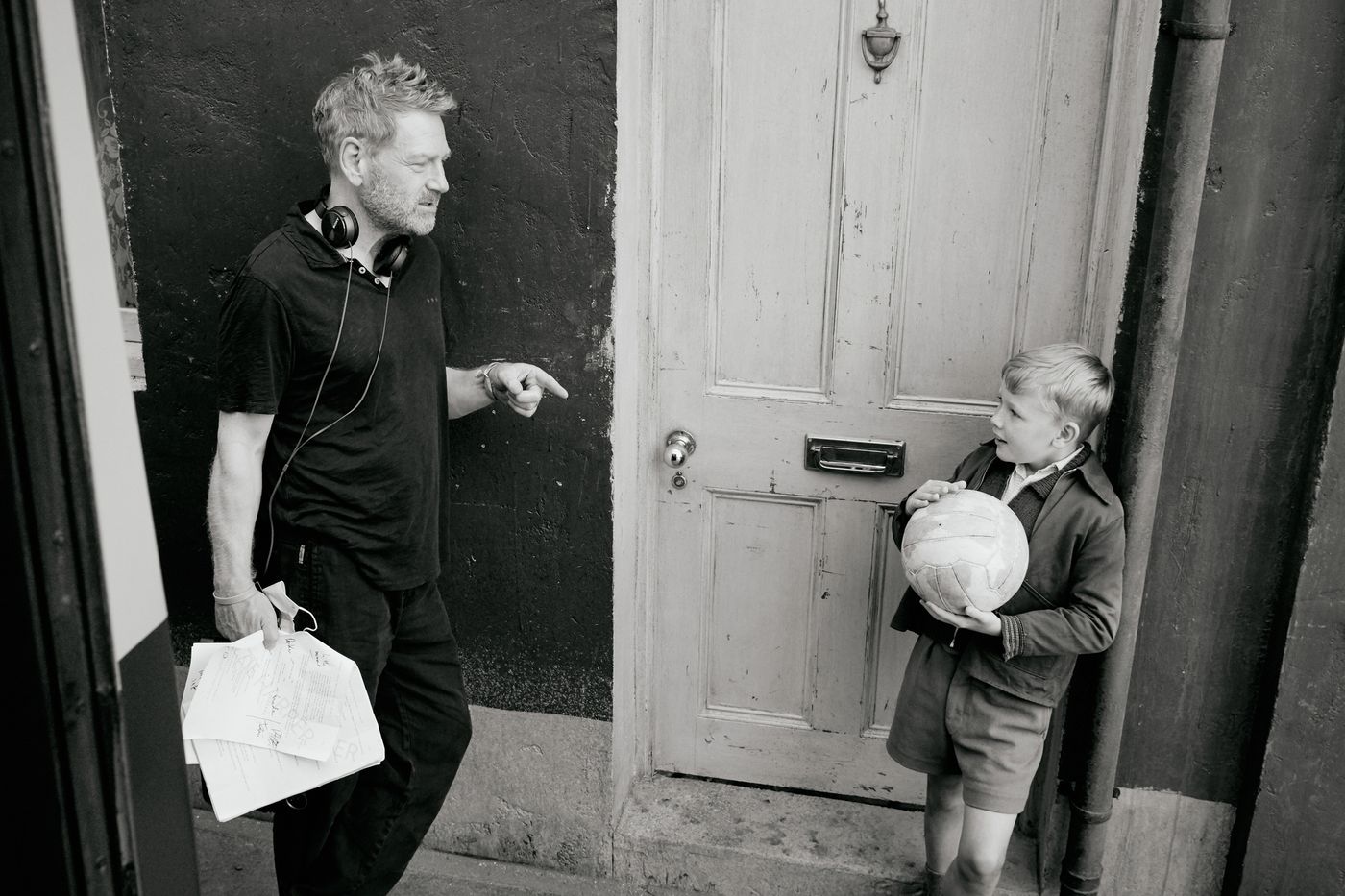 With this film about his childhood in Belfast and the awakening of his passion for cinema, Kenneth Branagh offered the promise of a return to a more intimate and personal form. The British actor and director, who enchanted us in the 1990s with his team spirit (Peter’s Friends) and his twirling adaptations of Shakespeare’s plays (A lot of noise for nothing), had ended up getting lost for a few years in laborious Hollywood blockbusters and flashy productions. The expectation for his new feature film was all the greater.

→ CRITICAL. “Death on the Nile”, the delights of the cruise seen by Agatha Christie and Kenneth Branagh

A wound that never healed

The advance in age, perhaps, the parenthesis opened by confinement, surely, prompted him to plunge back into undoubtedly the most painful episode of his life. He was 9 years old when his Protestant family decided to leave Northern Ireland to escape the violence of the conflict between the communities. A wound that never quite healed. “It took me fifty years to figure out how to talk about it, and adopt the right tone”he explained.

The images of those years materialized in a founding scene: that of the irruption, one summer day, in the street where he played of unleashed demonstrators against the Catholic families who still lived there. “I remember, life changed completely in one afternoon”, he recalls. Symbol of the end of innocence and happy days, it is with this scene that the director opens his film.

Like a swarm of insects swooping down on a crop, the howling, vociferous crowd ransacks everything in its path, leaving behind only fear and desolation. We are in 1969, at the beginning of the troubles that will lead to the separation of the city in two. And the ideal world of Billy, a little 9-year-old blond, has just collapsed.

A reality sublimated by the gaze of a child

The warm and carefree atmosphere of this working-class family in which he grew up surrounded by his grandparents, uncles, aunts and a multitude of cousins ​​will never be the same again. And if the adults try to deceive him, he perceives in snatches the growing concern increased tenfold by an imagination nourished by the westerns he watches on television.

In his troubled portrayal of a little boy, the pastor’s sermons like the increasingly frequent arguments between his parents take on dramatic dimensions, while he only dreams of football games and his pretty classmate.

Kenneth Branagh, who recreated the street of his childhood on a vacant lot in Hampshire, does not seek to reach any truth, neither in the reconstruction of the places nor even in the description of the tensions of the time. If it shows well the dilemma which posed itself to each family summoned to choose its camp, it is a reality sublimated by the glance of a child which it gives to us to see.

We inevitably think of Hope and Glory of John Boorman and his joyous fantasy amidst the horrors of the Blitz. Thanks in particular to a formidable cast (Judi Dench and Ciaran Hinds in the role of the grandparents, Caitriona Balfe and Jamie Dornan in that of the parents), we find at times, this same human warmth of a family tribe united by adversity .

But the British director – we do not change – tends to force the effects of staging. The choice of black and white allows him to compose extremely graphic plans inspired by the photos of Henri Cartier-Bresson and his ample camera movements compensate for the almost unique setting of the film. Very slick, however, the form eventually takes precedence over the substance and leaves us at a distance from the characters despite the candor and sweetness that emerge from little Billy.

Born on December 10, 1960 in BelfastKenneth Branagh is a classical theater actor trained at the Royal Academy of Dramatic Art in London and passed through the famous Royal Shakespeare company.

After the commercial failure of Frankenstein (1994)his first big-budget film, he returned to Shakespeare with the adaptations of Hamlet (1996), and of Love’s Labors Lost (2000).

The remake of Bloodhound in 2007 opened the doors of American studios to him for which he shoots blockbusters like Thor, Cinderella and the two adaptations by Agatha Christie, The crime of the Orient Express and Death on the Nile.