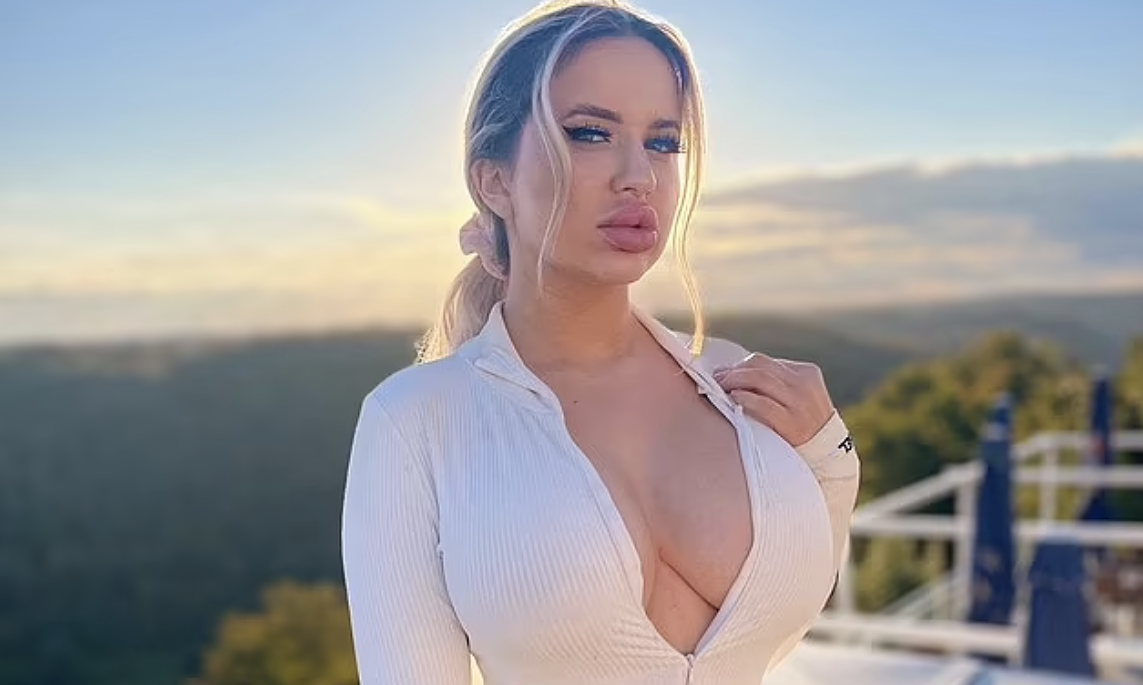 Known as Jessy Bunny, the German-born model, now in Vienna, Austria, has spent more than $70,000 on plastic surgery, just to resemble a Barbie doll. Three years ago, she was rejected by her parents when she started buttock augmentation, chin correction, liposuction and countless lip filler injections. Before that, she used to take all the money her parents gave her to buy a car, to upgrade her breasts.

“They blocked the calls. I’m sad that I can’t reach my brother and grandparents,” Jessy said.

To date, the 21-year-old girl has undergone three breast augmentations, nose correction and many times of lip surgery to have the desired look. But she has no intention of stopping without having the world’s largest first and third round. “I’m going to have my second buttock augmentation surgery this fall. I also want to have two ribs removed, a second rhinoplasty, cheek and chin injections, eyelid lifts and wrinkle removal,” Jessy said.

Possessing a hot body, her appearance always attracts attention when appearing with the “biggest” breasts in Austria. Some people made nasty comments, but others found them admiring.

Jessy currently has more than 82,000 followers on Instagram. She explains the family-related surgery addiction. “My parents never let me play with dolls, which made me decide to become a real-life Barbie,” she said.

Talking about her current relationship with her parents, Jessy said she is no longer in contact with them. At present, Jessy still believes that her special appearance will help her become famous and sought after by many people.

Medical and psychological experts call Jessy’s condition “addiction to plastic surgery”. About 10% of customers coming to cosmetic centers have this syndrome, most of them are women.

These people have the common trait that they are always dissatisfied with their appearance and want to fix everything on their body when possible.

Body inferiority complex is a negative psychological state in which the person shows excessive attention and anxiety to some minor physical defect, such as a scar on the face, a low nose, thinning hair. …, even if the defect does not exist. They often pessimistic about life through their appearance.

Minh Phuong (According to dailymail, dailystar)