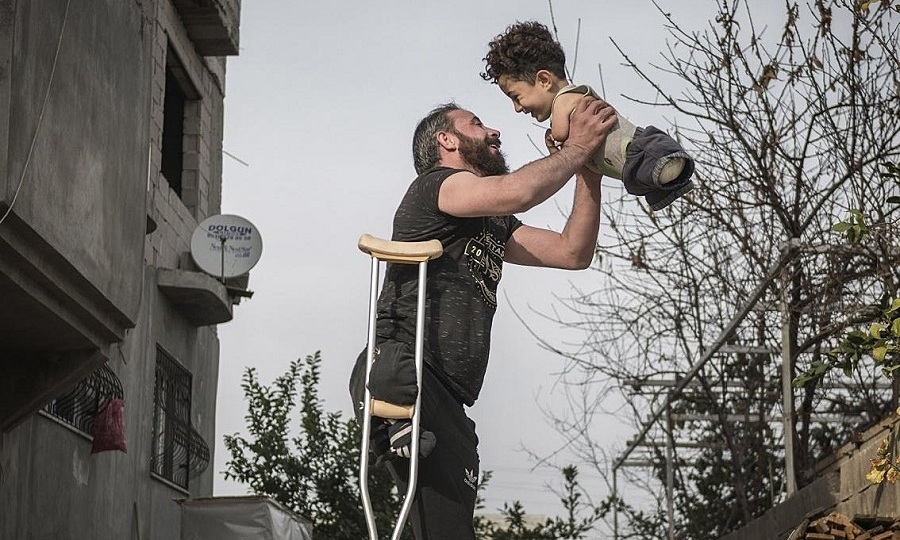 TurkeyThe photo of a legless father holding his 5-year-old son, won the “Picture of the Year” award in the Siena international photo contest 2021.

The father in the photo is Munzir al-Nazzal, a Syrian. He lost a leg while walking through a market in Idlib, Syria just as a bomb fell.

Civil war in the country forced Munzir al-Nazzal’s entire family to flee to Turkey, but what worries the father is not his lost leg but the future of his 5-year-old son, Mustafa. The child was born without limbs due to tetra-amelia, a congenital disorder.

“I swear I went from hospital to hospital. There isn’t a town in town where I didn’t ask about this, but nothing has changed. He looks the same but is very smart,” Munzir said.

For the past three years, his whole family has relied on charities.

Photographer Aslan named the photo “Hardship of Life”, which judges said had a strong emotional impact. The work was displayed in an exhibition in Italy in October this year.

“I hope the photo will highlight the refugee boy’s journey to find prosthetic legs. He is full of energy, but his father seems to have given up,” Aslan said.

Zeinab, the boy’s mother said, “The picture has reached the world. We have been trying for many years to get people to hear his pleas for help, to help him get treatment. We will sacrifice anything we have for him. have a better life.”