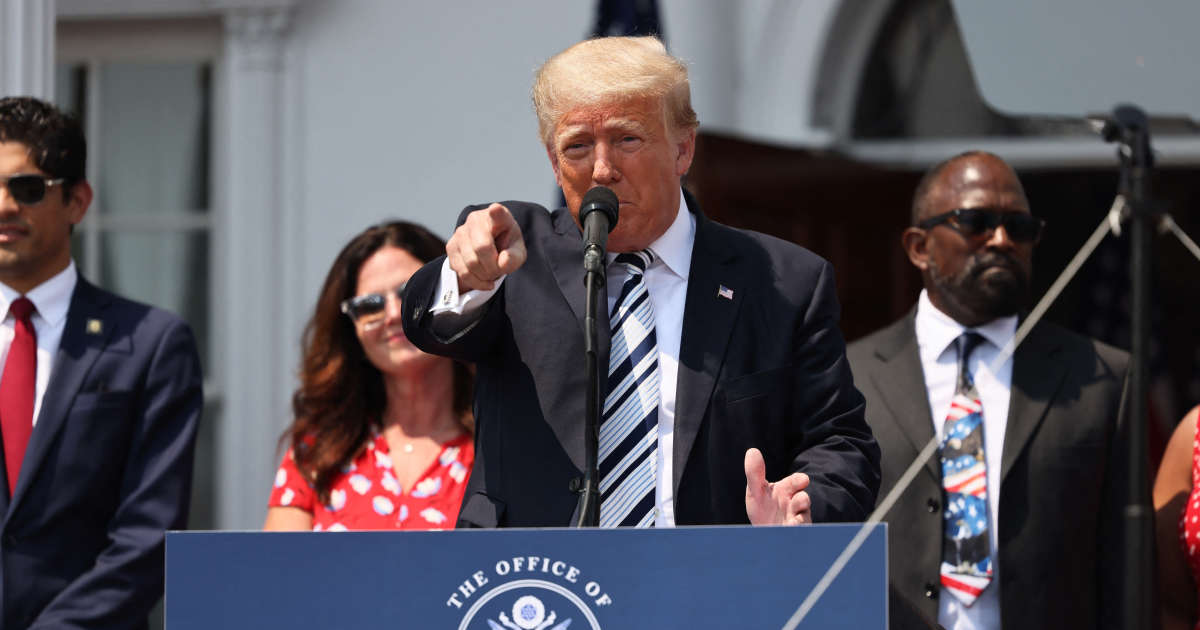 Suspended or even banned from major social networks (Twitter, Facebook …) since the murderous assault on the Capitol, Donald Trump is fighting back. The former US president announced this Wednesday, July 7 that he was launching a collective complaint against Facebook, Twitter, Google and their bosses, accusing them of being responsible for a “Illegal, unconstitutional censorship”.

“Today, alongside the America First Policy Institute” – an organization that promotes policies defending “America first” by Donald Trump – “I am filing, as principal representative, a major class action lawsuit against tech giants including Facebook, Google and Twitter, as well as their bosses Mark Zuckerberg, Sundar Pichai and Jack Dorsey”, explained the billionaire at his golf club in Bedminster, New Jersey.

“We demand the end of the forced silence”

These three bosses “Implement illegal, unconstitutional censorship”, he said during a formal speech, behind a podium where his name was inscribed. Spectators applauded his announcement.

Why Joe Biden is already up against the wall

“We Call on Federal Court for the Southern District of Florida to Order an Immediate End to Illegal and Shameful Censorship by Social Media Groups Targeting Americans”, he explained. “We demand (…) the end of the forced silence”. “There is no better proof that Big Tech is out of control than the fact that they have banned the President of the United States in office” on their platforms.

“If they can do it to me, they can do it to anyone. And besides, that’s exactly what they do ”, he hammered, giving voice to citizens who also claim to be victims of bans. “We are engaged in a fight that we are going to win”.

In June, Facebook suspended Donald Trump for two years. The Republican had already been temporarily excluded on January 7 when he was still president for having encouraged his supporters during the attack on Capitol Hill in Washington the day before, an unprecedented decision.

The social network Twitter had also ousted him after the murderous assault on the Capitol during the certification ceremony of the victory of his rival Joe Biden, on January 6.

Before being banned, Donald Trump had nearly 89 million followers on Twitter, 35 million on Facebook and 24 million on Instagram. “Google and YouTube have deleted countless videos that dared to question the judgment of the World Health Organization” during the pandemic, he also explained on Wednesday.