(Sports News – Tennis News) Kyrgios put his faith in Carlos Alcaraz at the US Open, while Djokovic’s chances of attending the last Grand Slam of the year are increasingly slim.

Alcaraz lost to Norrie at the Cincinatti Open

The US Open, the last Grand Slam of the year, will officially kick off at the beginning of next week (August 29 – September 11). Right now, experts and fans are hotly discussing the name that can step up to the top. Recently, on his personal Instagram, Nick Kyrgios shared a post on the Eurosport page about the candidates for the US Open championship, and named Carlos Alcaraz as his favorite choice. More importantly, “Bad Boy” ignores world No. 1 tennis player Danill Medvedev, Rafael Nadal and himself to put his trust in Alcaraz.

2022 is the season Alcaraz makes a big breakthrough in his career. He reached the final of 6 tournaments, respectively crowned the ATP 500 Rio De Janeiro and Barcelona, ​​Miami Open, Madrid Open, and rose to 4th place ATP.

However, the modest achievements in the Grand Slams (the 3rd round of the Australian Open, the 4th round of Wimbledon, the quarterfinals of Roland Garros) caused experts to express concern about the real bravery of “Little Nadal”.

On the side of Kyrgios, the Australian tennis player is also expected to create a surprise thanks to his recent high performance. The 27-year-old “bad boy” won 3 doubles titles (Australian Open, Atlanta, Washington), 1 singles title (Washington) besides the Wimbledon runner-up.

A famous American bookie rated Kyrgios as ranked 5th in the list of candidates to win the US Open. Novak Djokovic is still the strongest candidate for the championship in case he is allowed to enter the US to attend the tournament, ranking above Medvedev, Nadal, Alcaraz.

Regarding the US Open, in the context that the tournament is less than a week away from kicking off, the US Government has yet to make any move to “open the door” for Novak Djokovic’s case. Djokovic’s hopes of attending the US Open are increasingly fragile

Nole remained steadfast in saying “no” to vaccination, even reaffirming this in July: “I don’t intend to get vaccinated, so the only good news I can have is the United States. get rid of the requirement to have vaccinations or whatever to enter the country.”

In April, the US Department of Homeland Security announced an additional document that stipulates that foreigners entering the “Chinese flag country” must be fully vaccinated with Covid-19 vaccine and have authentic proof of identity. vaccination. These requests are in consultation with the Centers for Disease Control and Prevention (CDC) and several other federal agencies.

By August, Djokovic flashed hope to New York due to the CDC’s announcement to remove the requirement for social distancing, the Covid-19 quarantine between vaccinated and unvaccinated individuals. Djokovic himself also revealed on social networks that he is actively practicing and waiting for the opportunity to come to the US.

However, things have not progressed much, thereby making Nole the only player in the top 100 ATP banned from competing at the US Open.

In the media, a spokesman for the American Tennis Association (USTA) confirmed that it was still waiting for a last-minute change for Djokovic to be present at the last Grand Slam of the year: “We would of course welcome Novak if the rule is decided. prohibiting non-US citizens who have not been vaccinated against Covid-19 from entering the changed country. 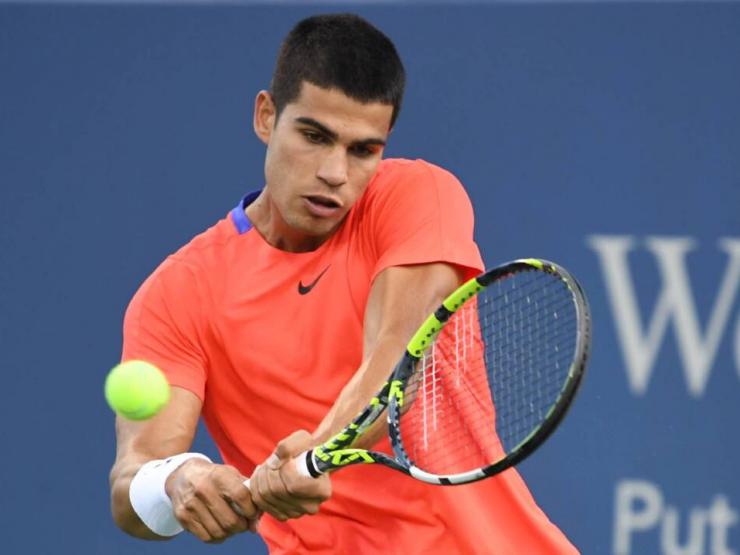