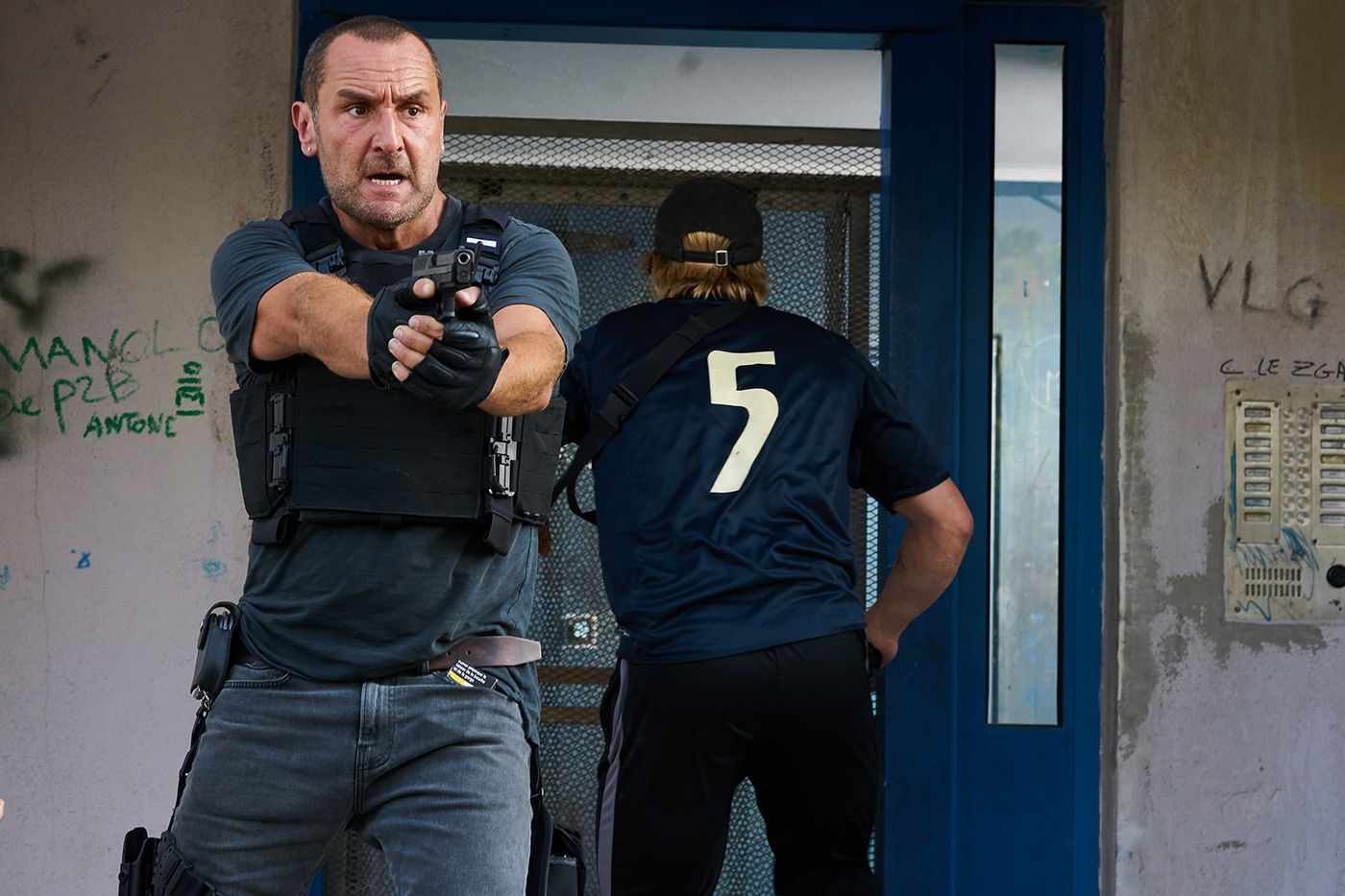 Greg, Yass and Antoine are police officers from the anti-crime squad in the northern districts of Marseille. The cliché of colleagues who form a family is a reality for them despite their differences. Greg, the oldest, only lives for his job. Yass, the wisest, aspires to climb the ladder; Nora, his partner, is about to give birth to their first child. Crazy dog ​​of the trio, Antoine, the youngest, is fueled by adrenaline. His dangerous impulsiveness is partly counterbalanced by his code of honor.

All three like to play cowboys. Despite their excesses, they live badly not being able to accomplish their mission in a city given over to criminality without the police, for lack of resources, being able to play their role.

→ CRITICAL. “Les Misérables”, in the heart of the suburbs volcano

What can three “baqueux” do in the face of armed caïds who are at home? Amel, a drug dealer who serves as an informant for Antoine, can help them break down their drug network. But his information is paid for in kilos of cannabis. With the agreement of Jérôme, their hierarchical superior, the trio goes in search of drugs with the dealers and their customers to prepare the biggest blow of their career.

A scandal that made the headlines in 2012

In October 2012, the Bac Nord scandal broke out: eighteen police officers were blamed for drug trafficking and thefts in meetings. The case is of great interest to Cédric Jimenez, director of French and HHhH, who grew up in the north of Marseille: “These cops were certainly not blameless, but how could the police force hide so much behind these defendants?“ After going to the incriminated police officers and the inhabitants of these neighborhoods, he decided to devote a feature film to it. “This question of responsibility, of the rupture within a system between those who say and those who do, is a powerful lever for fiction.“, he explains.

North Bac is as close as possible to the police officers in their cheeky complicity, their frustrations and their slippages. The trio formed by Gilles Lellouche, François Civil and Karim Leklou works wonderfully. The action film, pumped up with tremendous energy, in particular during the scene of the assault on the city, doubles as a societal film with a perfectly controlled frame. “The case, ultimately, is secondary, believes Cédric Jimenez. It is only the vehicle that allows me to show an outdated and bankrupt police system. “

But filmed at the height of the police, North Bac only shows cities as lawless areas, places of all dangers, which is strange for a filmmaker who has lived there. It is a pity that his film is so cruelly lacking in empathy for its inhabitants, the first victims of the violence committed there.