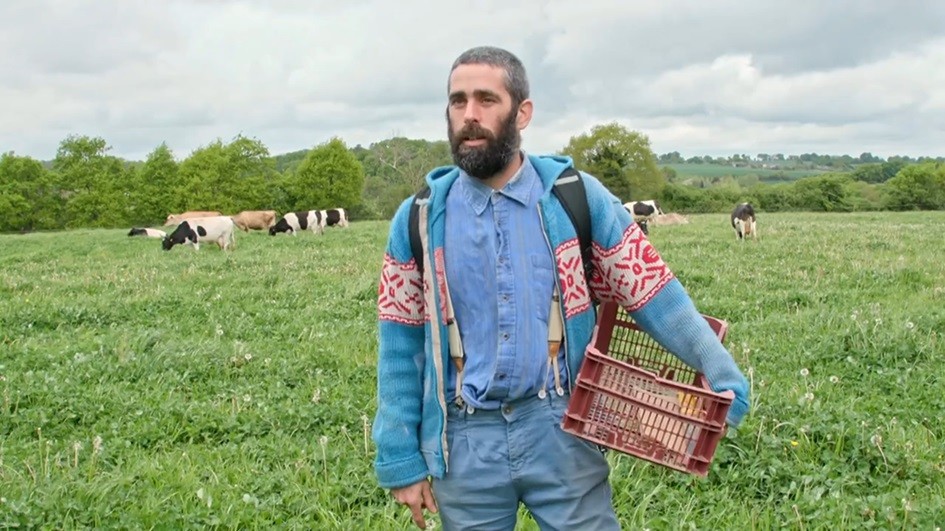 The title is meant to be programmatic. François Bégaudeau interweaves the testimonies of women, men and children who have chosen the path of autonomy in Mayenne, a sparsely populated rural department.

His documentary shows the facets of an existence outside the nails, far from cities and their constraints, away from the logic that binds work and consumption. A community experience emerges led by a group of friends, families living on farms who practice the exchange of knowledge and food production and a woman who has created her alternative bar where musicians and actors come to play in front of different audiences according to hours.

Many regret the need to resort to banks to buy land, buildings and equipment. A couple rejoices in a heritage that frees them from debt and unwanted bonds that would take away the desired autonomy. Connection to the electricity network is more widely accepted. Daily actions – weeding, spinning wool – become for some a time of meditation and soothing retreat from the world.

A false man of the woods

François Bégaudeau combines these experiences with the daily life of the Orthodox nuns of la Fontaine-Daniel who, failing to consume what they cultivate, handcraft candles, herbal teas, syrups and soaps sold in the monastery shop and online.

In what turns out to be a fairly flat Prévert-style inventory, the filmmaker adds dowsers, magnetisers, healers and followers of shamanism who purify themselves after dark in sweat tents. Even if we digress a little from the subject, let us admit that these are indeed forms of autonomy.

Is it because of the lack of spectacular in the “material” collected? The documentary filmmaker invents a fictional character, Camille, whom he inserts among very real witnesses, without mentioning his specificity – at best, the spectators will understand it during a grotesque hunting accident at the end of the film.

An actor, Alexandre Constant, plays a follower of survivalism, a rough semi-hermit who explains living in a cave, drinking rainwater collected in the forest in a tarpaulin, eating crops, trapped wild animals or stolen hens. in the neighbourhood.

The director pushes dishonesty to make this supposed man of the woods with the red beard with his birds under his arms the emblematic figure of his film, placing him on the poster and promotional tools. This almost hostile false witness proving to be individualistic, cynical and often ridiculous, one wonders about the message that François Bégaudeau intends to convey. The “real” autonomous and the spectators will appreciate.