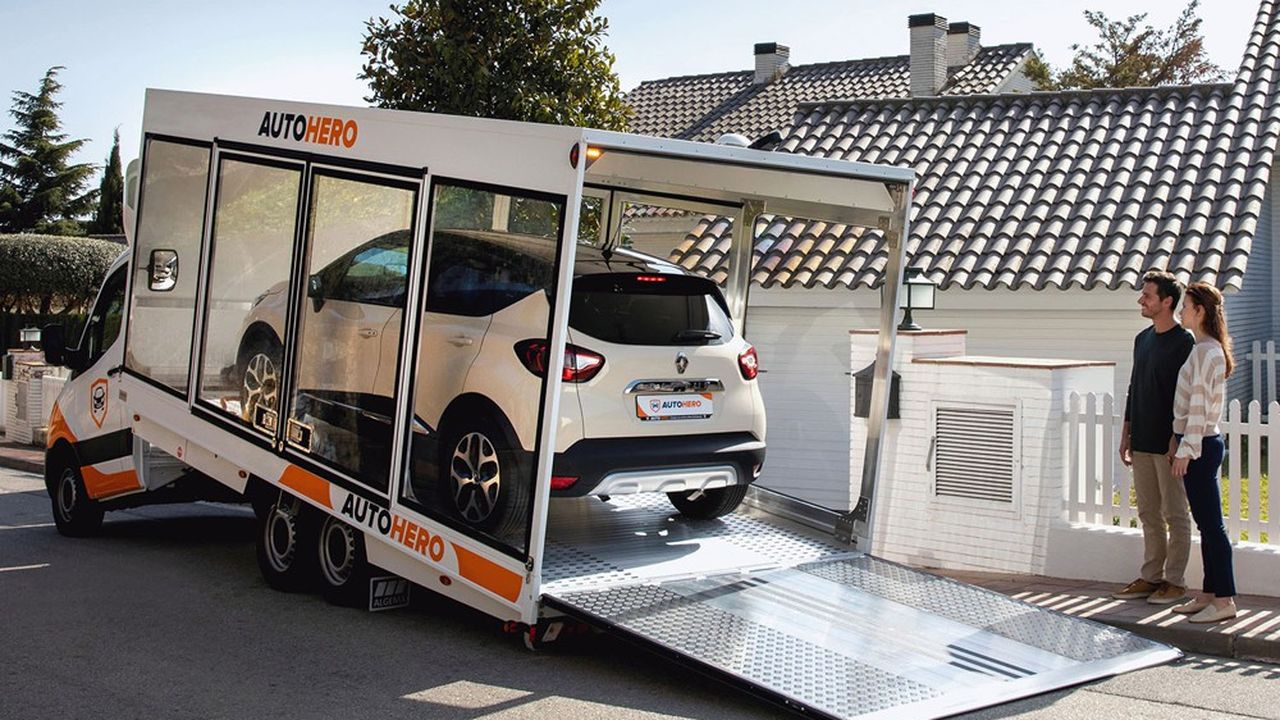 Investors are firmly betting on the online sale of used cars. Since the start of the year, several “unicorns” positioned in the second-hand market have raised billions of euros – even if the vast majority of them have not yet made a single penny in profit. They are called Auto1, Cazoo, Cinch, CarNext, or even AramisAuto, and want to replicate the success of the American Carvana, created in 2012 and today valued more than $ 50 billion on Wall Street.

The German Auto1 (Auto1.com, Autohero, vendezvotrevoiture.fr) thus raised 1.8 billion euros when it was floated on the Frankfurt Stock Exchange last February. A month later, the British Cazoo, born barely three years ago, was listed on the New York Stock Exchange through a merger with a SPAC (special purpose acquisition company), raising $ 1.6 billion.

As for the French AramisAuto (born in 2001 and a subsidiary of Stellantis since 2016), it was listed on Euronext in Paris in June, collecting in the process 450 million euros, “including 250 million in capital and 200 million via debt », Specifies its co-founder Guillaume Paoli.

Others have not yet made the choice of the Stock Exchange, without being in search of investors. Cinch, which belongs to the Constellation group (which also owns BCAuto Enchères and WeBuyAnyCar), raised £ 1 billion (€ 1.2 billion) in May from funds. And CarNext shareholders (including the TDR Capital fund) also reinvested 400 million euros in the company in June when it was split from its Dutch owner LeasePlan, before being acquired a few days ago. by Constellation.

All these new online players are positioned across the entire used vehicle value chain. They professionalized and industrialized it, from vehicle research to delivery, including price estimation, or repair. “It is a market with colossal potential”, notes Christophe Michaeli, director of the automotive market for France at Cetelem.

Not all of them have exactly the same model, depending on whether they sell or buy from professionals or individuals. But all hope to capture a part of an extremely fragmented market, still largely dominated today by transactions between individuals.

And for that they need billions. “Above all, they need to establish their brand, it is fundamental,” underlines Christophe Michaeli. PSG fans have probably already discovered the existence of Autohero, which signed a partnership with the Parisian club this summer to establish itself in France.

“Reaching several billion euros, the valuations of these companies can be explained by their margin potential: some estimate it at 1,400 euros per vehicle in the long term, all services included, but we believe that it can reach up to 2,000. euros ”, comments Markus Collet, partner at CVA.

They will still have to deliver a service that lives up to the promises. But it is not so simple, as evidenced by the setbacks of Carvana revealed by the “Wall Street Journal” last week: the young company is crumbling under complaints for not always having succeeded in delivering vehicle papers on time. , explains the American daily.