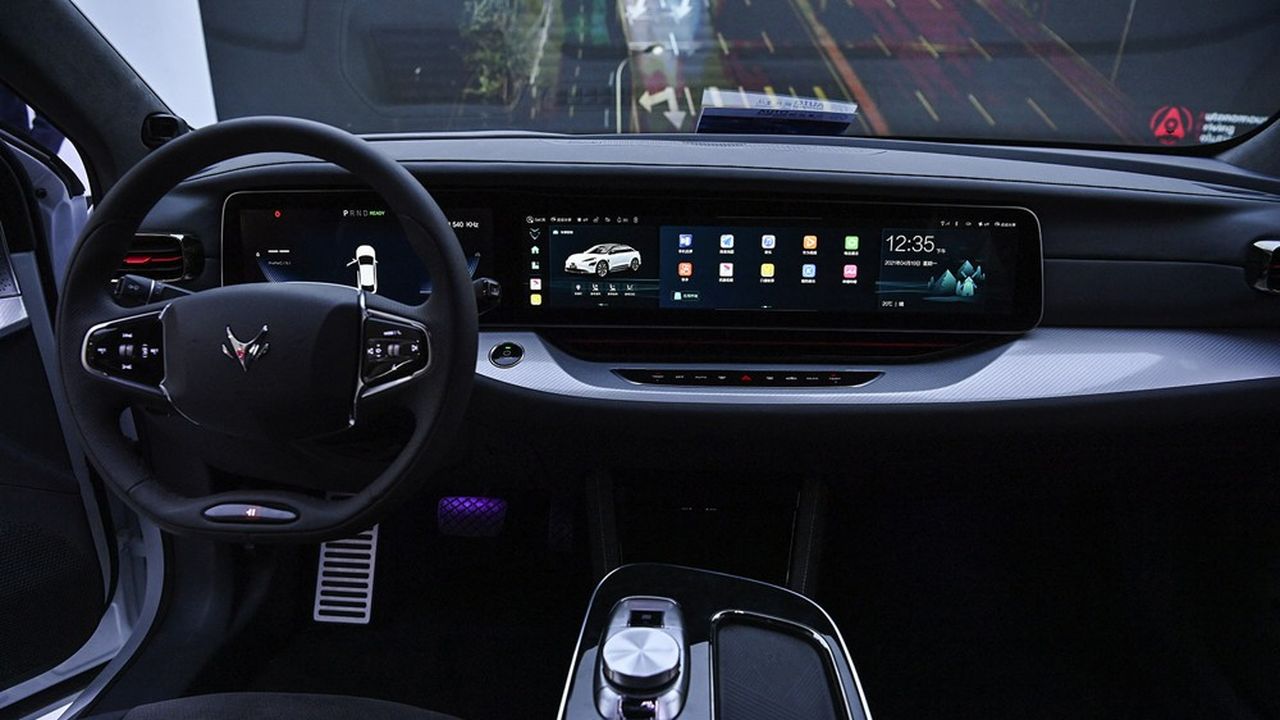 The battle over Swedish Veoneer, coveted by both chipmaker Qualcomm and automotive supplier Magna International, is emblematic of the challenges facing the automotive industry today.

Veoneer sells driver assistance equipment (cameras, sensors, etc.), but it is above all its software business that interests both groups. Because the functions of autonomous driving, but also more generally all the software embedded in the cars, will be crucial for the automobile of tomorrow.

The integration of electronics in the automobile is not new, but it is accelerating with the electric and connected car. Already used in recent cars to control windows, brake controls, or even information and entertainment tools, it is also necessary in electric cars to manage the energy systems of batteries, for example.

According to a study carried out by the Roland Berger firm, the cost of semiconductors, which represents 16% of the total in a diesel or gasoline car, thus rises to 35% in an electric car.

But this is only the beginning. The PwC firm estimates that the share of software in the value of cars will rise to 60% in 2030. Electronics will make it possible to manage the driving assistance functions, thanks to which vehicles will park themselves or rectify their trajectories – before to one day be totally independent. But it will also allow, hope the players in the sector, to one day offer services likely to generate substantial income.

Subscriptions, vehicle rental, invoicing of certain functions on demand, assistance with fleet management, robot taxis: the German giant Vokswagen revealed, during its major strategic show in mid-July, that it hoped that 15% of its income would come from services related to software in 2030. Based on last year’s revenues, this would represent more than 30 billion euros!

Experts see immense potential, and everyone wants their piece of the pie. In this case, the major maneuvers have started in the sector. OEMs like Magna are looking to equip themselves with the necessary skills to strengthen themselves in these activities. Technology players, or chipmakers like Qualcomm, see it as an opportunity for new “business”.

But the manufacturers themselves are not left out. They don’t want to give up what tomorrow will be a big part of the value of cars to others, and they have started investing in software. Tesla has led the way with its Model S and other Model 3s which are already readily compared to “smartphones on wheels”.

Models designed around a central software, which manages all the functions of the car and can be updated remotely. Volkswagen has clearly designated the Californian manufacturer as the example to follow, if not to catch up, during a seminar last year called “Mission T”.

The Wolfsburg manufacturer has programmed 27 billion euros of investments by 2025 in the digitization of the company and its products. “The message is clear: Volkswagen is turning into a tech group,” insists its CEO Herbert Diess. The group has created a dedicated entity called Cariad (formerly Car. Software), which will employ 10,000 engineers responsible for developing 60% of the company’s software (10% today).

They all dream of becoming technological groups. The other big global giant, Toyota, in 2016 recruited a robotics specialist from Google, James Kuffner, who works on autonomous cars but also on the development of central software for the group’s cars. Its division dedicated to artificial intelligence, Woven Planet, is increasing its acquisitions and partnerships (Lyft, SoftBank, Didi, Carmera, etc.).

Stellantis, which will unveil its strategy in the coming months, has already indicated that the software will be an important pillar. In January, he appointed a software director (Yves Bonnefont) reporting directly to the general manager, Carlos Tavares, and has just recruited his chief technology officer, Ned Curic, at Amazon.

Similarly Renault, which already has around 2,000 software engineers, recruited a scientific director who came straight from the tech world: Luc Julia, a former Samsung and Apple employee for whom he developed the voice assistant. Siri.

If they acquire skills internally, traditional manufacturers do not hesitate to forge partnerships with the big names in tech. Stellantis announced the creation of a joint venture with Foxconn, the Taiwanese assembler of Apple iPhones, to develop “digital cockpits” and related services. Volkswagen has joined forces with Microsoft for the “cloud”, and Renault with Google for its information-entertainment system (with its partners Nissan and Mitsubishi). So many strategic partnerships that allow manufacturers to accelerate in the face of competition from players from all walks of life.