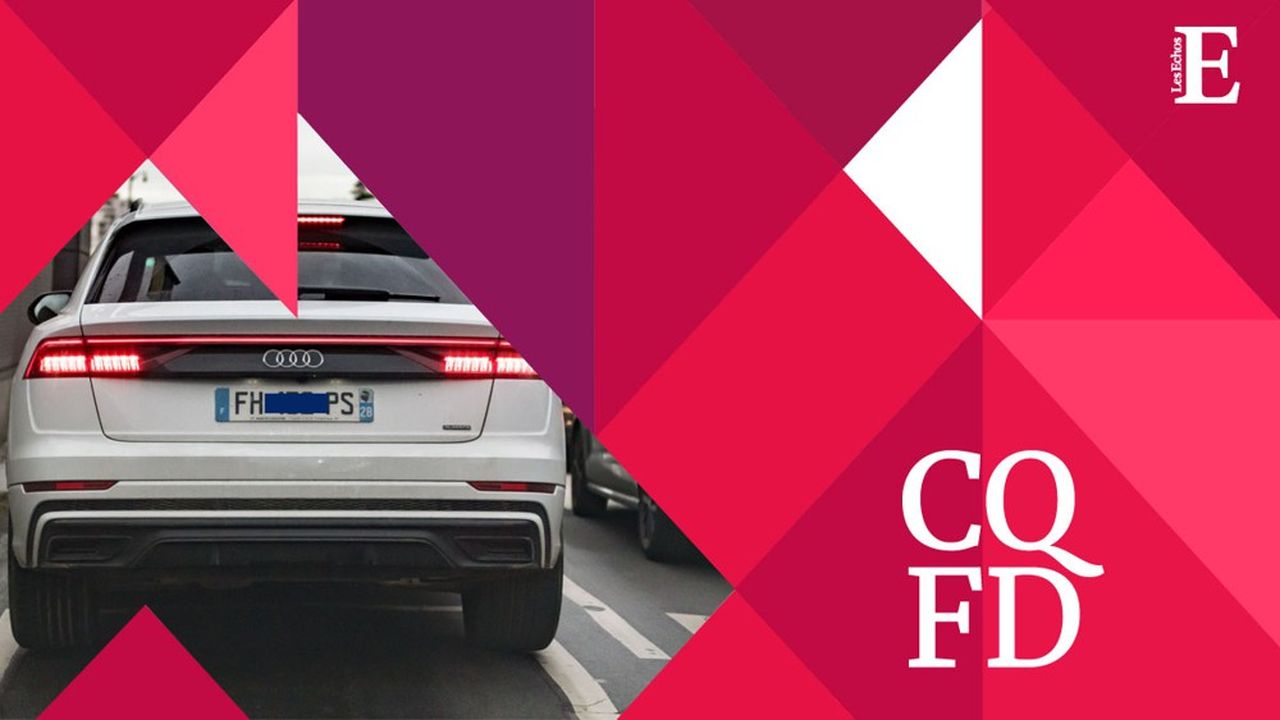 After several about-faces, the government has finally decided: an amendment to the finance bill for 2021 should introduce a tax linked to the weight of vehicles weighing more than 1,800 kg. This measure, which irritates the automotive industry, aims to encourage the French to buy vehicles that are lighter and therefore less polluting. Explanations in CQFD, the “Echos” educational format.

The Citizen’s Climate Convention called for a weight penalty of 10 euros per kilo over 1,400 kg. It will ultimately be 1,800 kg. The government opted for a compromise, while automobile manufacturers, already weakened by the Covid-19 crisis, were worried about the negative impact on their sales of a penalty of 1.4 tonnes.

The measure will include exceptions. Electric cars, which are heavier than thermal models due to the weight of the battery, will be exempt. Adjustments will also be made for large families, who generally use larger vehicles.

The executive justifies the new penalty with ecological arguments. “The increase in the vehicle fleet means more materials and energy consumed, more pollution and less available public space”, explained Thursday the Minister of Ecological Transition, Barbara Pompili. The subject of a tax on the weight has returned several times in the public debate in recent months with the fashion for SUVs, vehicles with a sporty look but heavier on average than standard cars (a city car for example), and which in September accounted for 41% of new car sales in France.

2) What is the average weight of cars in France?

In 2019, the weight of new cars sold in France was 1,240 kg, according to data compiled by Ademe. However, this figure masks significant differences between the diesel (1,415 kg) and petrol (1,137 kg) models. The penalty will affect vehicles such as the Porsche Cayenne or the Audi Q7. The Peugeot 2008 and 3008 SUVs and the Renault Captur and Kadjar, which are among the best sellers of the French car manufacturers, weigh less than 1,800 kg and will therefore not be affected.

“France sends a first signal to Europe by showing that the weighting of cars is a problem for the reduction of CO2 emissions”, reacts Nicolas Meilhan, scientific advisor at France Strategy, who pleaded for the creation of a bonus / penalty from 1.350 kg. “With a penalty of 1,800 kg, the impact on French production will be almost zero because we do not manufacture vehicles of this weight,” he continues. If the 1,400 kg threshold had been retained, approximately 12% of French production would have been affected by the penalty.

3) How to explain the heavier cars?

A glance at the old models makes it possible to take the measure. Cars have grown steadily in recent decades. “The average weight of cars was around 750 kg in 1960”, puts Nicolas Meilhan into perspective.

The increase in the weight of cars has certainly improved the safety and comfort of users. At the same time, however, energy efficiency gains have been canceled, contributing to the stagnation of CO2 emissions in recent years.

In addition to the weight, the size of the cars has indeed increased by 21% in height, 14% in width and 3% in length between 1960 and 2017, according to the estimates of researcher Aurélien Bigo. At the same time, the power of the vehicles was tripled (from 40 to 117 horsepower on average).

If cars have grown steadily in recent decades, the occupancy rate is, paradoxically, declining. From around 2.2-2.3 people per car at the start of the 1960s, it fell to 1.58 people per car in 2017, observes Aurélien Bigo in an article published in April 2020.