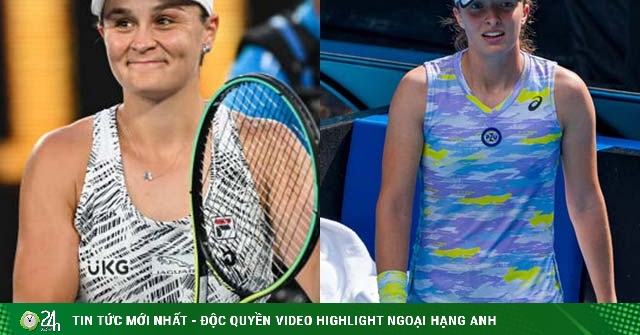 Ashleigh Barty and Iga Swiatek will enter the semi-finals of the Australian Open 2022 women’s singles.

Both Barty and Keys are owning impressive winning streaks at this year’s Australian Open. Barty has only lost 17 games in the past 5 games. Half of the 10 sets Barty has played in this year’s tournament saw her overwhelmingly win 6-0 or 6-1.

Barty will have to be careful with Keys’ serves

In the quarter-finals against 21st seed Jessica Pegula, Barty made 22 self-defeating errors but knew how to explode at the right time to crush opponents with scores 6-2, 6-0. The world’s number one female tennis player will have to maintain this form when facing a familiar Madison Keys.

Struggling in 2021 with only 11 wins, but Keys has found form again this season. The American tennis player has achieved the number of wins she has won in all of 2021 after only 3 tournaments attended in 2022.

At this year’s tournament, world number 110 Qiang Wang in the 3rd round is the only person to date to win Keys in a set. 4th seed Barbora Krejcikova, 8th seed Paula Badosa and 11th seed Sofia Kenin are the “losers” in the way to the semifinals of the American tennis player.

Powerful serves are Keys’ strong point with 35 ace points after 5 games. The forehand of the American tennis player when entering the form will also be extremely dangerous. However, Barty is adept at knocking off the excitement of his opponents with his backhand putt or low-ball hit. Although not as fast as Keys, Barty has a good positional ability, and that will be her big advantage.

What has been shown at this year’s tournament shows that a 20-year-old Swiatek is extremely mature and mature. After the first 3 rounds without too many difficulties, Swiatek had to face a Sorana Cirstea in round 4, losing the first set but promptly rising to win the other 2 sets.

Similarly in the quarterfinals, Swiatek continued to be led by Kaia Kanepi after the first set, and then lost in the first serve game in the second set. However, the Polish player’s bravery was once again demonstrated. appeared and successfully reversed the current.

A test of a higher level awaits Swiatek in the semi-finals when rival Danielle Rose Collins is in unstoppable form, with a 31-7 win-loss record since last July. This is the second time the 30th-ranked player in the world has entered the semi-finals of the Australian Open.

In the past 4 rounds, Collins has defeated many quality players such as Ana Konjuh, Clara Tauson, 19th seed Elise Mertens and veteran French player Alize Cornet. In the 7-5, 6-1 win over Cornet in the quarterfinals, Collins created 28 winner points.

In terms of head-to-head record, Swiatek is temporarily leading Collins 1-0. Their only meeting came at the Adelaide International last year, when the American player gave up midway while the score was 2-6, 0-3.

The disadvantage for Swiatek before this confrontation lies in the matter of fitness. The Polish tennis player had to go through the second longest women’s singles match at this year’s Australian Open, with 181 minutes against Kanepi in the quarterfinals. It is difficult for Swiatek to recover 100% of his fitness after just 1 day of rest.

Meanwhile, Collins has shown she has improved a lot in her endurance and fitness since her back injury against Swiatek herself at the Adelaide International last year. In two matches with Tauson and Mertens in round 3 and round 4, respectively, Collins had to go through 3 sets.

If the upcoming match has to be prolonged, Collins will certainly have the advantage. Besides, Collins’s “lead-heavy” hits will be her important weapon in the next match. 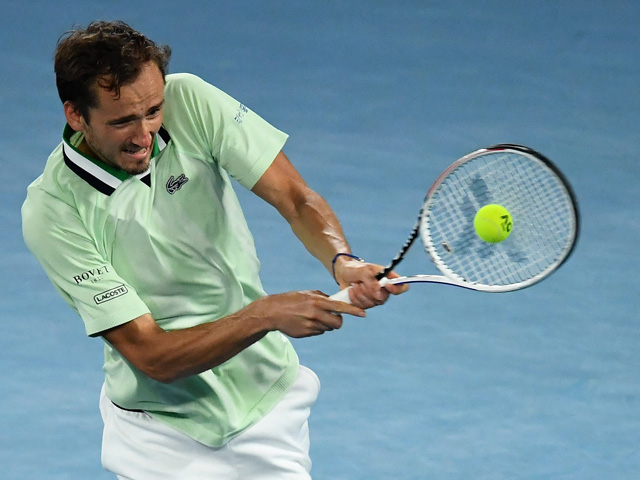