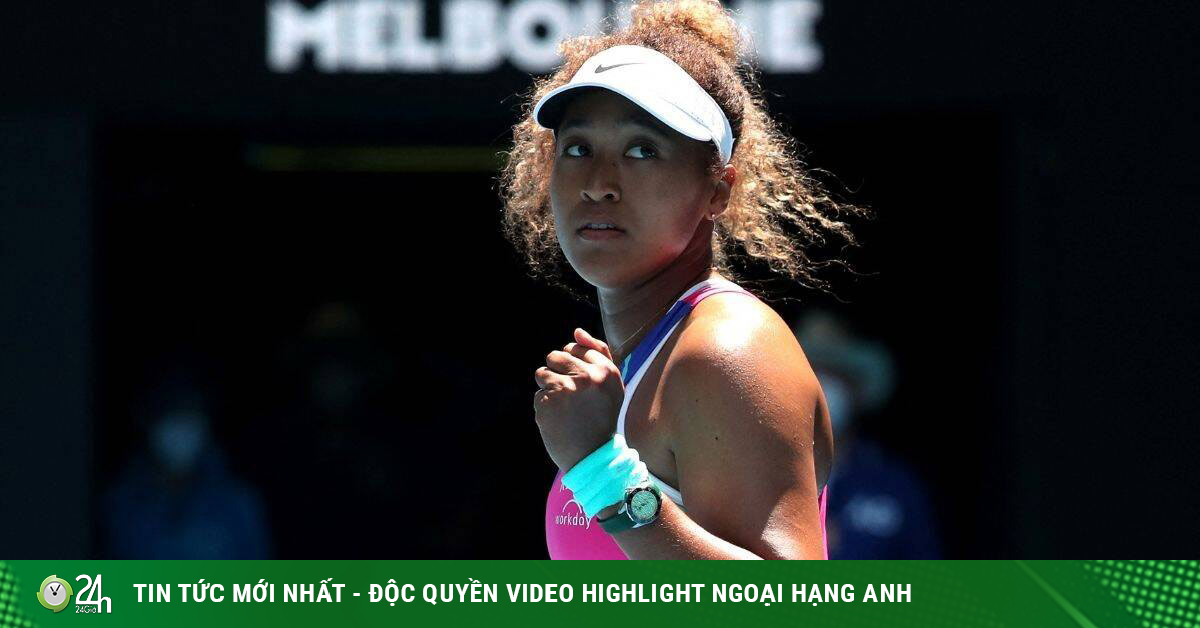 The number 1 seed and hostess Ashleigh Barty had a successful opening match beyond expectations. Her opponent is only one player who has to play in the qualifying round, Tsurenko from Ukraine. Therefore, it is not surprising that Barty dominated the game throughout the match. However, few expected her to have such an easy match when crushing the opponent after only 2 sets with a difference of 6-0, 6-1 after only 54 minutes of play.

Berrettini struggled to come back

Video of the Brandon Nakashima – Matteo Berrettini match in the first round of the Australian Open 2022:

Having only faced Japanese-American tennis player Brandon Nakashima in the first round of this year’s Australian Open men’s singles, Italian number 7 seed Matteo Berrettini suffered a shock 4-6 loss in the first set. However, 3 sets later, the reigning runner-up Wimbledon played well to win back 6-2, 7-6 (5), 6-3 to successfully come back after 4 sets. In the second round, Berrettini will meet another American player, Stefan Kozlov.

The player who replaced Djokovic lost quickly after 3 sets

Salvatore Caruso is the player called to replace the expelled Djokovic. Caruso faced Djokovic’s compatriot, tennis player Kecmanovic. Not surprisingly, Caruso quickly lost after only 3 sets with the scores 4-6, 2-6, 1-6.

Video of the match between Laslo Djere and Denis Shapovalov in the first round of the men’s singles Australian Open 2022:

On the first official day of the first round of the Australian Open men’s singles this morning (January 17), the 14th seed Denis Shapovalov let Laslo Djere win a set. However, the Canadian tennis player still played very alert to win the final after 4 sets of 7-6 (3), 6-4, 3-6, 7-6 (3). In the second round of the Australian Open 2022, Shapovalov will meet Korean opponent Kwon Soon-woo.

Video of the match Naomi Osaka – Camila Osorio in the first round of the Australian Open 2022 women’s singles:

Last year, Naomi Osaka won the Australian Open women’s singles title, defeating Jennifer Brady 6-4, 6-3 in the final. This year, when opening the Grand Slam tournament, the Japanese girl had no difficulty overtaking Camila Osorio (Colombian) after 2 sets with the same score of 6-3. In the next round, Osaka will face Dayana Yastremska or Madison Brengle. 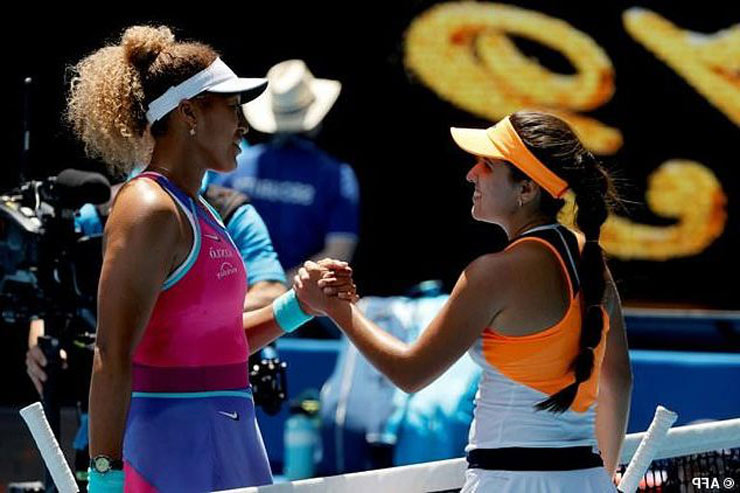 Video of the match Gael Monfils – Federico Coria in the first round of the men’s singles Australian Open 2022:

In the morning of January 17 (Vietnam time), on the opening day of the Australian Open, in the men’s singles, 17th seed Gael Monfils easily defeated rival Federico Coria with a score after 3 sets quite different. 6-1, 6-1, 6-3 respectively. In the second round, French tennis “clown” Monfils will meet the winner of the match between Alexander Bublik and Ernesto Escobedo.

Naomi Osaka began her title defense journey against Osorio Serrano, a Colombian world No. 53 opponent. The Japanese tennis player did not prepare really well for the first Grand Slam in 2022 due to injury problems and had to retire in the match against Kudermetova in the tournament ahead. Osaka is expected to successfully defend the championship

However, in all aspects, Osaka is still completely superior. Moreover, the last time Osorio Serrano played was on October 24 of last year. The fact that the Spaniard Osorio Serrano has not played for the past time certainly affects her performance.

Barty started the year with the Adelaide title, beating Swiatek and Rybakina on her way to her first title of 2022. This is the third year in a row she has won the pre-Australia Open, but she will have to be strict. Remember one thing that she has never been crowned at home in her career.

Barty is the player with the most titles on the WTA Tour in 2021 with 5 titles, including the one at Wimbledon. Although he missed the title at home, but at least Barty has reached the quarterfinals for 3 consecutive years, so Lesia Tsurenko is not expected to cause much trouble. The 32-year-old tennis player has been in good hard court form since September 2021 but in the past year has suffered a lot of injuries.

Rafael Nadal can be said to be the most happy with the decision to cancel the visa for Novak Djokovic. In the dominance of “Nole” on hard courts in Australia, Nadal has only won here once, although he has appeared in the final five times. 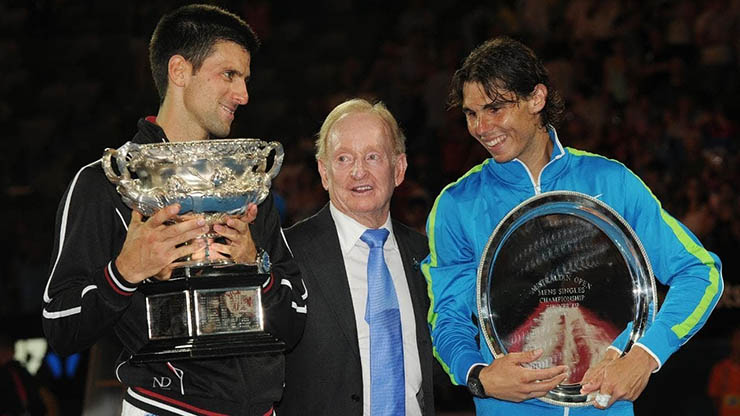 With Djokovic being eliminated, Nadal’s chance of winning is higher

In the opening match in the first round, Nadal only had to face Giron. Currently Giron is ranked 66th in the world. The two tennis players have never clashed in the past. In the current context, Nadal will probably win easily.

Alexander Zverev has yet to have a Grand Slam of his own. Therefore, the Australian Open 2022 will be a golden opportunity that this young German player must seize. In the opening match, Zverev faced compatriot Daniel Altmaier, the 91st-ranked opponent in the world.

Although they are fellow German tennis players, so far, Zverev and Altmaier have not faced each other. At the moment, Zverev is too dominant and believes it will be an easy victory for the 3rd place player on the ATP rankings. 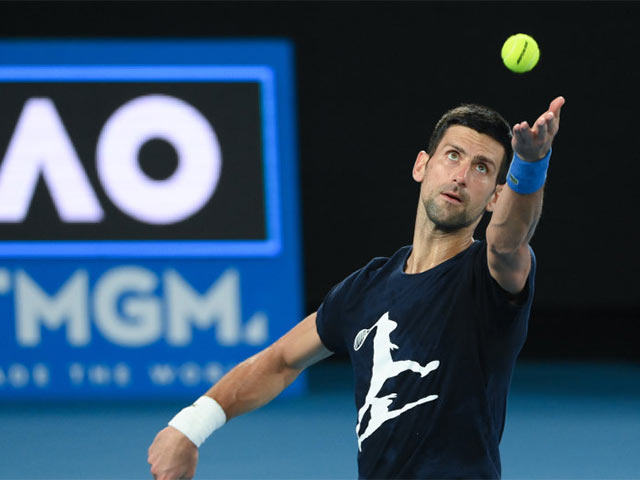 Djokovic was officially dropped from this year’s Australian Open after losing his lawsuit and was expelled from the country. Right…