A Greek audience was present at the Rod Laver Arena to cheer Stefanos Tsitsipas in the Australian Open semi-final against Daniil Medvedev (Russia), but their cheering was not really beautiful. The crowd only gave Tsitsipas applause and kept booing the Russian player.

At one point in the third set, referee James Keothavong even made a reprimand to the audience, asking them to “be fair” to both players and to stop screaming.

Getting enthusiastic cheers from the audience but Tsitsipas did not play well, he could not find a way to get the advantage against Medvedev so he was frustrated. At the end of game 3, set 2, this player had an ugly act of smashing the open bottle of water onto the pitch, causing water to splash.

In order for the match to continue, the girls and boys picked up the ball and quickly dried the surface with towels. After the match, the audience urgently wrote on twitter: “The mop should be Greek tennis player, he acts very amateur”.

“It is strange that he acted too aggressively but was still supported by the crowd unconditionally, only the girls and boys had to remove the” trash “that he left behind.

Contrary to the lack of temper of the opponent, Medvedev played extremely bravely, which helped the Russian player to win after 3 sets (6-4, 6-2, 7-5) to win tickets against Novak Djokovic in The final was on February 21. Commentator said Medvedev’s hit was “unbelievable, it was like cheating in space”

One of the pivotal situations that helped Medvedev win against opponents was game 11, set 3. When two players were drawing 5-5 and the score was 40-15 for the Russian player, Tsitsipas served a dangerous ball that made Medvedev fall deep right angle before launching a dangerous left shot. Somehow, Medeved still caught up with the ball, then launched a left shot along the line with accuracy to the millimeter.

Medeved raised his hands in celebration, excitedly, now the booing was no longer replaced by endless applause in the stands. After the game, Medvedev said that this was “the best shot of his career”.

The situation was like an arrow “hit two targets”: taking break-poin and making those who booed him shut up. 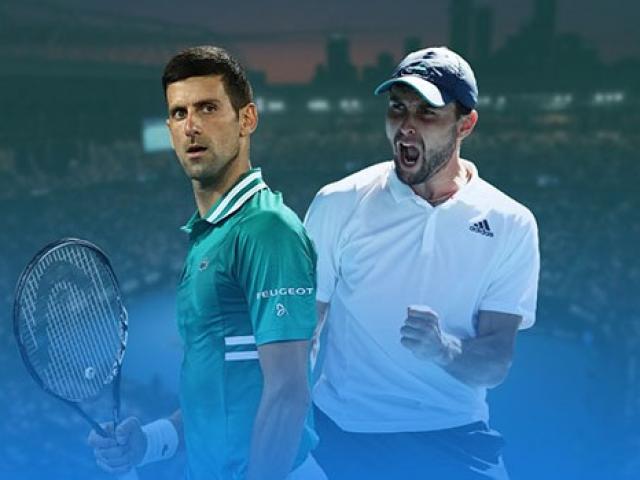