(Tennis news) Zverev – Shapovalov in the “death” group will be the most notable match of the second day of the ATP Cup.

The Canadian team entered the tournament with more force than ever and Denis Shapovalov was the number 1 player of this quality Canadian squad, but they could not win against Serbia on the first day of the army and now have to overcome. Germany to regain a little hope to continue in the “death” table although the opportunity is small.

Shapovalov is the team’s greatest hope and although an absolute victory over Germany will brighten Canada’s hopes again, it also depends on Shapovalov overcoming Alexander Zverev. They met in last year’s tournament and Shapovalov won, but Zverev has won all three of the last two players who met. Hence Zverev would not be a much easier opponent for Shapovalov than Novak Djokovic.

2020 was a successful year for Russian tennis as their two biggest stars impressed in nearly every tournament. Andrey Rublev’s high form makes the burden no longer on Daniil Medvedev alone, and Russia again in a group that promises it is not difficult for them to take the first place.

After both Rublev and Medvedev have won their singles matches to help Russia beat Argentina 2-1, they will aim to take down both of Japan’s best singles. Medvedev has met Nishikori four times and each has beaten the other once in a championship final, so even though Nishikori’s form isn’t at his peak, he still promises to make Medvedev difficult.

Australia’s chances of going on are almost gone after they lost to Spain in all three games, although Spain lost Rafael Nadal due to injury. Greece, though, is still in an uncomfortable position, they need to win Australia in all three games to balance the difference with Spain before the two teams enter the final series of decisive. 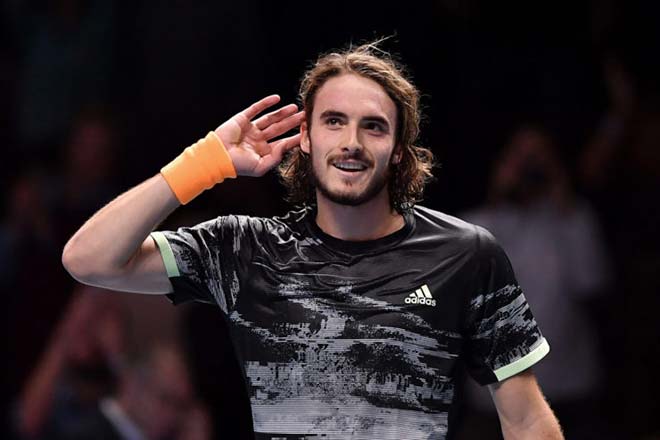 Tsitsipas has a winning record against De Minaur in 3 matches

Tsitsipas prepared for the tournament with his training in Dubai and although he received criticism from the public for partying while there, the Greek player appeared quite calm before entering the tournament. He has a record of winning all 3 times against De Minaur, so a victory will not be surprising, but Tsitsipas will be eager to know if he will fight Nadal in the final round.

* Matches will be live on Foxsports 2 sports channel (Tennis video, Novak Djokovic – Denis Shapovalov, Group A ATP Cup 2021) Under pressure of thousands of pounds to win to maintain hope for …