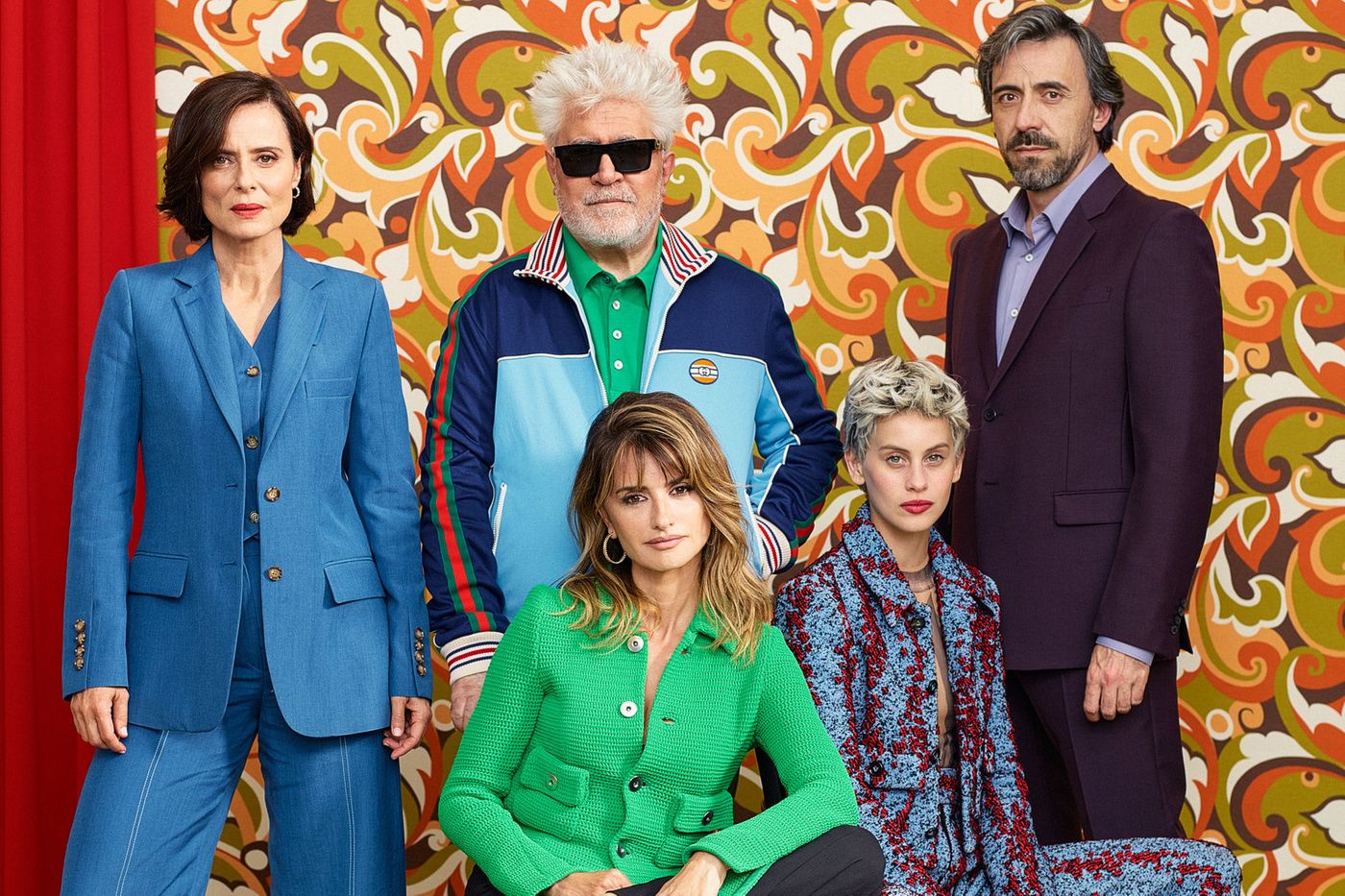 Of course, in Venice, as in Cannes or Berlin, parity remains a wishful thinking, an objective that is still inaccessible, especially when it comes to selecting films, the majority still directed by men. So the organizers try to compensate for this imbalance by the composition of juries equal between men and women, even sometimes, to put weight on, to put more women than men (4 out of 7 for the official jury; 3 out of 5 for the Orizzonti jury, from the parallel section).

The situation being, for the moment, what it is, the 78e Mostra saved the honor and revealed an interesting trend. Symptom of a concern or recognition of an obvious fact. Beautiful portraits of women have followed one another on the screens, sketching out a world where men, husbands and fathers, are absent or failing.

Kirsten Dunst in The Power of the dog, the western of Jane Campion, as a bar waitress in the depths of Montana, brooding over her fragile and inverted son, frightened by her brother-in-law, brutalized, both. Pénélope Cruz and Milena Smit, embarked on a melodrama model on motherhood, in Madres paralelas, by Pedro Almodovar.

The same Penélope Cruz as a tormented, crazy director, inflicting the worst insults on her two actors, Antonio Banderas and Oscar Martinez, in the throes of creation. This breathtaking Spanish comedy (Competencia oficial) by Gaston Duprat and Mariano Cohn, on the cinema and the shooting of a film, enthusiastic festival-goers with its irresistible humor, the elegance of its staging and the originality of the treatment.

Kristen Stewart brilliantly rose to the challenge of embodying, on the verge of madness, the stifled freedom and tragic loneliness of Diana, a prisoner of the Windsor suffocation in Spencer by Pablo Larrain. Cécile de France, in Madame de Bargeton, in Lost illusions by Xavier Giannoli, plays a lover, victim of the conventions of her class. Olivia Colman, in The Lost Daughter, by Maggie Gyllenhaal, portrait of a university professor, seeking peace and tranquility in a Greek island, jostled by the arrival of a noisy horde, invaded by memories of her childhood and the restless education of their children.

The return of the social question

But also, on a more murky side, Anamaria Vartolomei, Annie Ernaux’s double, in The event, by Audrey Diwan, a harsh story in the 1960s of an unwanted pregnancy. And an abortion, at the time punishable by imprisonment, by a sordid angel maker. A naturalistic film, crudely realistic to force one to watch, down to the worst detail, what women, and they alone, could endure at the time.

And again, in Another world, by Stéphane Brizé, to show that women in power are no less brutal, the character of Marie Drucker, as a ruthless and cynical representative of a multinational, crushing the CEO (Vincent Lindon) of one of the group’s French subsidiaries, pressing him to multiply social plans for no other reason than profit. And Sandrine Kiberlain, suffering the repercussions of this intimate shipwreck.

The launch pad to the Oscars

The last part of Stéphane Brizé’s trilogy on suffering at work represents the high point of a second week where the magic of the beginning has given way to the return of the social question. La Mostra has changed gear and atmosphere to get into the tough. The missing in Mexico, in La Caja, by Lorenzo Vigas, the obstinate quest of a young adolescent who came to look for his father’s remains in a mass grave in the middle of the desert. The war in Ukraine, in Reflection, by Valentyn Vasyanovych, who faces torture head-on with unbearable footage, mirror of horror. Torture again and redemption of a torturer under Stalinism in Captain Volkonogov fled, by Natalia Merkoulova and Alexeï Tchoupov.

The curtain will fall on Saturday 11 September on the 78e Mostra, one of the best vintages of recent years. The Italian festival marks the start of the laurel season and serves as the launching pad for the Oscar race. From the reception of the critics to the charts always emerge here at the Lido, serious contenders on their way to the Hollywood Grail.