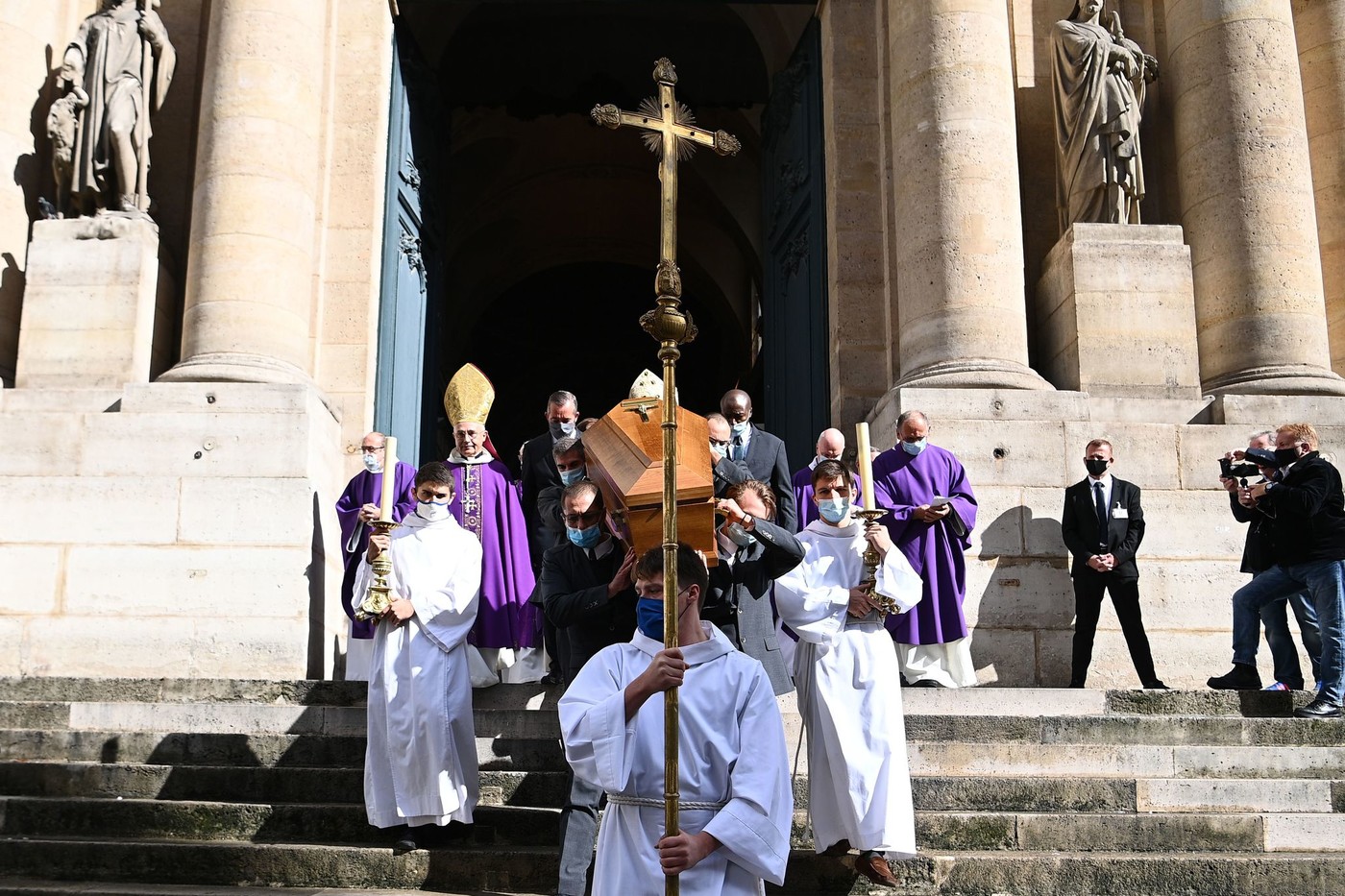 “There is no chance, there are only appointments”, says the adage attributed to Paul Éluard. The funeral of Michael Lonsdale, who disappeared on September 21 at the age of 89, was celebrated on Thursday 1er October, day of Sainte-Thérèse-de-Lisieux. She was there “Favorite saint” of the actor, underlined in his homily Mgr Dominique Rey, bishop of Toulon and friend of the actor for thirty-four years, who presided over the mass. Saint of little ones, of children, the embodiment of a simple faith that Michael Lonsdale had claimed all his life.

This Thursday morning, in the Saint-Roch church in Paris – artists’ parish for nearly a century -, no need to look for stars and other people, yet expected outside by a group of photographers. No red carpet, therefore, but an abundant and sometimes surprising ceremony, as during the gesture of repentance requested of Bishop Rey by Father Luc Reydel, chaplain of the artists, for “The harm done to artists by the Church”. Alongside the family, a few anonymous people who came spontaneously and friends: the very discreet Jean-Pierre Léaud who, at the end of the mass, laid his hand at length on the wood of the coffin, or Catherine Salviat who, before the departure of the body, launched a few sentences from Bernanos in a magnificent cry of love.

Previously, 2 hours and 30 minutes, the praises followed one another. It was about the artist with the humorous post from his agent Olivier Loiseau, but also about the man, his predilection for tea and rum babas, recalled his godson Philippe Calderon, emphasizing the depth of their family ties. . A lot of emotion also in the broken voice of Jean Maheu at the mention of “Eighty-three years of fraternal friendship”. Accompanied by the strings and the dazzling voices of the Jubileo ensemble, which Michael Lonsdale had helped to found in 2009, this funeral, marked by the reading of the book of Job (19,21-27) and the Gospel of the beatitudes taken from Saint Matthew, of course paid homage to the man of faith. Michael Lonsdale has always claimed his love for God: “He was his passion, he is now his peace”, concluded Bishop Rey. He loved color, beauty and light, his loved ones recalled. Arrived in the pouring rain, his coffin – applauded, as tradition dictates, by the assembly – left the church at the very hour when the sun was breaking through the clouds to let out its clear rays.