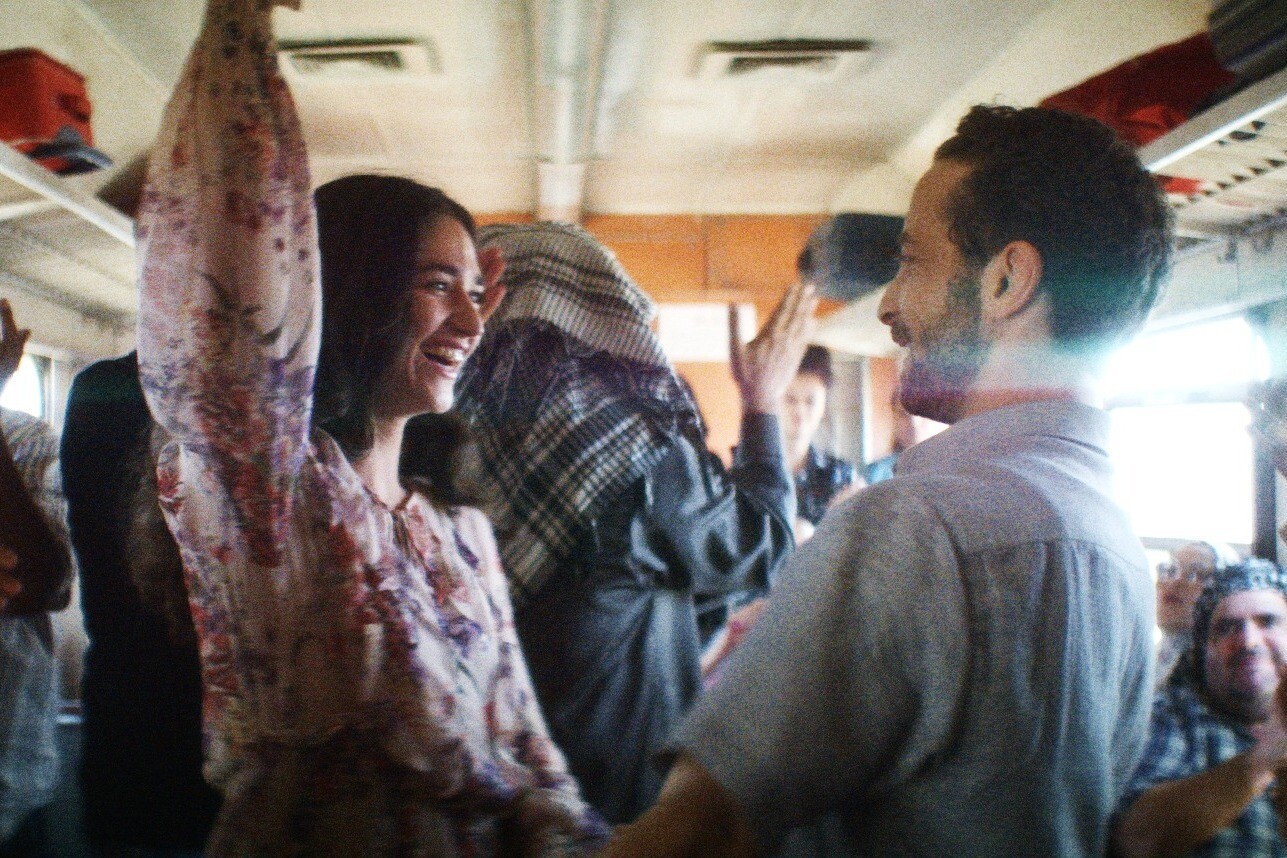 From the foreground of The man who sold his skin, the viewer is hooked by a pictorial photograph. It was in the imposing Cité de la Culture in Tunis that the preview of this lyrical and political work took place, which earned Tunisia its first Oscar nomination. Its director, Kaouther Ben Hania, has become the international face of an innovative and expanding cinema.

This ambitious feature film brings together an international cast with Monica Bellucci, Koen De Bouw and Yahya Mahayni. This one camps Sam Ali, a Syrian forced to flee Raqqa for Beirut at the beginning of the war, in 2011. A Faustian pact will link his destiny to that of a Belgian artist met in the Lebanese capital and Sam Ali will agree to be tattooed a Schengen visa on the back to join his beloved in Belgium.

An epic love story that questions the excesses of contemporary art, the violence of borders, the commodification of bodies and humans… The film, which has not yet been able to be released in France due to the pandemic, has shone in many festivals.

Carried by a main actor with a physical and expressive game, the film also won Yahya Mahayni the Orrizonti prize for best actor at the last Venice Film Festival. Hoping “Not to be the last in Tunisia” to reach the Oscars, the director would like this distinction to allow her to make her next films more easily. The budget of The man who sold his skin, 2.4 million euros, rest “A small budget”.

A “breath of fresh air” for creation

Kaouther Ben Hania is proud to introduce Tunisian cinema to the United States. The filmmaker had already distinguished herself with Beauty and the Pack. Selected at Cannes in 2017, the work cut into sequence shots recounted the struggle of a young Tunisian to file a complaint against the police officers who had raped her. The director, who started her career in the 2000s, welcomes “That there are no longer the red lines that we knew under the dictatorship, it gives a breath of air to creation”, she explains.

Other Tunisian directors have stood out in major international festivals in recent years. Mohamed Ben Attia, Ala Eddine Slim, Abdelhamid Bouchnak or Mehdi Barsaoui, whose first feature film A son, released last year, delighted critics despite a career battered by the closing of theaters. The film won Sami Bouajila the César 2021 for best actor for his role of Fares, a distraught father when his son is injured by terrorists in southern Tunisia. A drama follows which questions family relationships and Tunisia’s modernity.

“I think it would have been impossible to make my film under Ben Ali, and to talk about this organ trafficking between Tunisia and Libya”, says Mehdi Barsaoui. This co-production between Tunisia, France, Qatar and Lebanon is one of the few Tunisian films visible internationally on Netflix. “ democratize the Tunisian dialect ”. “We are leaving the image of a Tunisia which exports only oranges, olive oil or jihadists, says the 36-year-old director. We also export art. “

A “subjective” approach to the social

A cinema in full dynamism and also more social. “ More than a renewal, there is a continuity between the generations, he believes. But, since 2011, thanks to freedom of expression, there are absolutely no taboos. “ For academic and film critic Hédi Khelil, “ lThe strength of Tunisian cinema is explained by the mixing and continuity between the generation, pioneers with Abdellatif Ben Ammar, Brahim Babaï, Férid Boughedir, then that of the 1980s and 90s, with Moufida Tlatli, Nouri Bouzid who could only make films thanks to the previous generation as young filmmakers today “.

Evoking Dachra (2018) by Abdelhamid Bouchnak or My dear child (2019) by Mohamed Ben Attia, the critic highlights the variety of talents “Which made us discover Tunisia in the lowlands after the 2011 revolution”. Young filmmakers who distinguish themselves by an approach “Very subjective of the social”, according to Hédi Khelil who has for “ the first time the feeling that Tunisian cinema is on the threshold of the international “.

Behind these successes, there is national aid and especially the creativity of producers, like Habib Attia who produced the films of Kaouther Ben Hania and Mehdi Barsaoui. Saluting “The rebirth of Tunisian cinema”, the producer believes, however, that “ the shoe pinch in terms of funding and laws in Tunisia ”. The funds are more and more selective and the amounts allocated are decreasing, according to him. “ You have to be creative and have a very personalized approach to each film in the search for funds. “

The outstanding films of Tunisian cinema