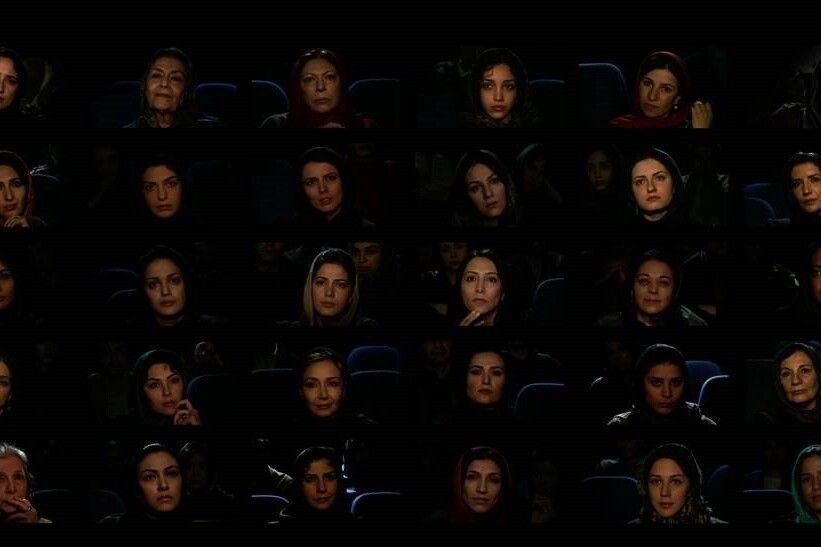 Upon entering the exhibition, the visitor is greeted by a series of doors. Reproduced life-size, they are closed, worn, often padlocked. As if it was imperative to open them, or not, to discover the mystery behind them.

From the 1990s, Abbas Kiarostami, proceeded by accumulation producing series of photographs on a single theme: roads, windows, stairs, walls. Both simple and symbolic motifs, the repetition of which is one of the characteristics of the work of this multifaceted artist imbued with ancestral Persian culture and his poetry.

This series of keyless doors invites us to force them to discover, at the option of the 13 rooms which are dedicated to him, another facet of the one that we know mainly for his cinematographic work crowned by a gold palm at Cannes in 1997 with The taste of cherry. Accompanied by a complete retrospective of his films, the Center Pompidou (1) exhibition aims to recreate his universe and his working methods. “We wanted to show what is invisible, his soul, his laughter, and his spirit”, explains Massoumeh Lahidji, one of the curators of the exhibition who has long been its translator.

An artist who did everything in his power

Born in 1940, Abbas Karostiami first dreamed of a painter, worked as a graphic designer, illustrated children’s books and then designed film credits before heading the cinema department of the Institute for the Intellectual Development of the Child ( Kanoon) where he made his first educational short films, some like The bread and the street (1970) considered to be the matrix of all his cinema. The 7e art, however, was never his only means of expression. “Abbas Kiarostami did not consider himself to be more filmmaker than photographer or poet. He did everything in his power, impatient to produce, to make, to manufacture ”, comments Massoumeh Lahidji.

It was this drive, this mystical relationship to life that led him to “Seize the moment” that this very beautiful exhibition gives us to see. It stages its most faithful ally, the 4×4, which allowed him to flee Tehran to travel around its surroundings and in which this filmmaker of the movement has shot many scenes of his films. And she then invites us to enter her den, the basement of her house in Tehran that he has never left and where he took refuge to work. He shot one of his last films there Shirin before digital technology opens up new areas of freedom for him: installations, photomontages or even films made in digital animation from his photos.

The last two Take me home (2015) and 24 Frames, released posthumously, presented here, got rid of the story and the characters to capture moments of pure poetry.