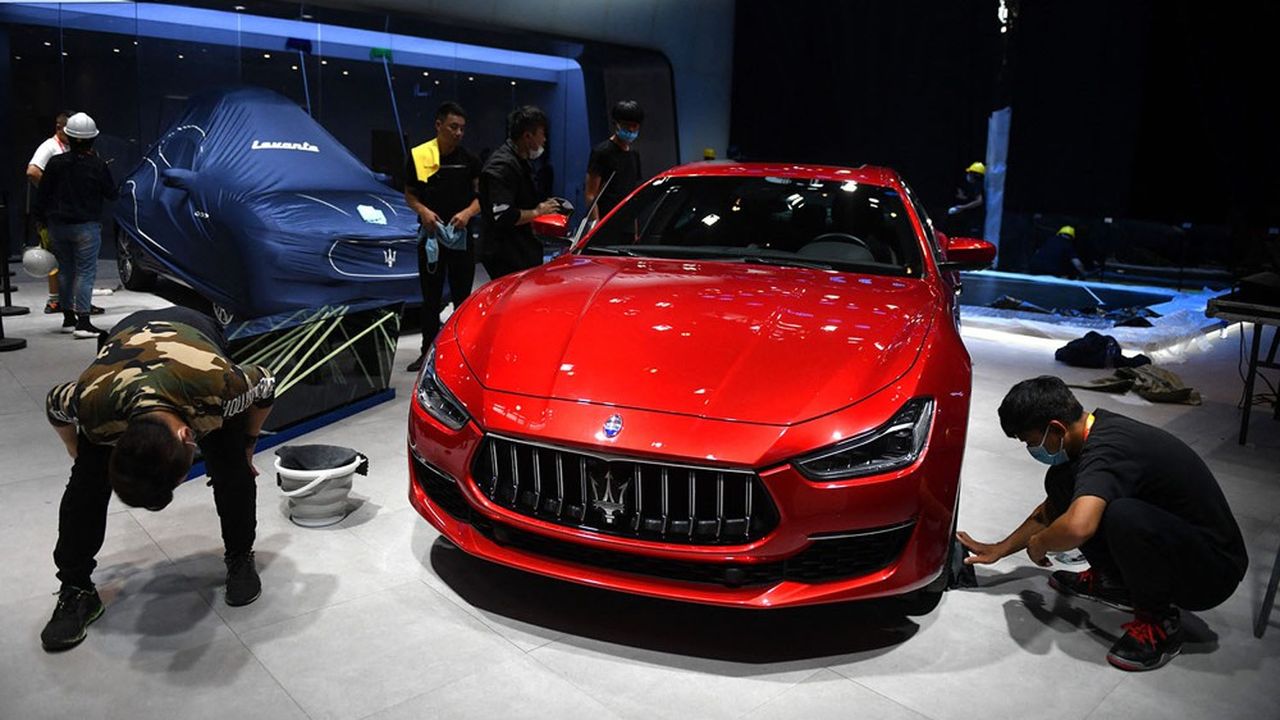 Even the luxury automobile now swears only by the electric. After procrastinating for a long time on its shift to the battery, Maserati now estimates that 50% of its sales will come from 100% electric models by 2025. “This is not a target, but it is what we imagine, given the trends at work in the sector ”, indicates Bernard Loire, commercial director of the luxury brand of the Stellantis group.

A few months after the announcement of its major strategic plan, last September, the Trident brand observes that its customers are resolutely turning to the battery. However, it is not very early. It has only just launched its first electrified vehicle, the Ghibli hybrid sedan, equipped with a light hybridization system (consisting of adding a small 48-volt electric motor to the heat engine).

Renewal of the range

“This version represents 50% of Ghibli orders. Customers are increasingly sensitive to the environment, ”assures Bernard Loire. Reluctant to buy cars that emit a lot of CO2, they are perhaps also sensitive to the lower consumption of this version, or to its lower penalty in certain countries (in France, 6,700 euros instead of the maximum of 30,000 euros for the version thermal).

Having invested 2.5 billion euros in the renewal of its range for two years, the Trident has already planned to electrify all of its new models. Its Levante SUV, launched in 2016, will also be equipped after the summer with a mild-hybrid version, a light hybridization. The first 100% electric model, the GranTurismo, will land in the first quarter of 2022, followed at the end of the year by the GranCabrio and the MC20 “supercar”. The new Grecale SUV, on which Maserati is counting to relaunch its sales and which is to be launched at the end of this year, will also offer an electric version at the end of 2022.

After the merger with PSA at the start of the year, the new giant’s only luxury brand, Maserati will remain managed within a separate business unit, like the entire Fiat Chrysler group in the fold of Stellantis. “The strategy and the objectives announced in September have not changed,” assures Bernard Loire.

The brand now hopes that the upcoming launches will allow it to continue on this path. “If we could return this year to sales at the level of 2019, it would be a good performance,” says Bernard Loire. Maserati still hopes to sell 75,000 cars per year in 2025, and restore its margin to 15%.