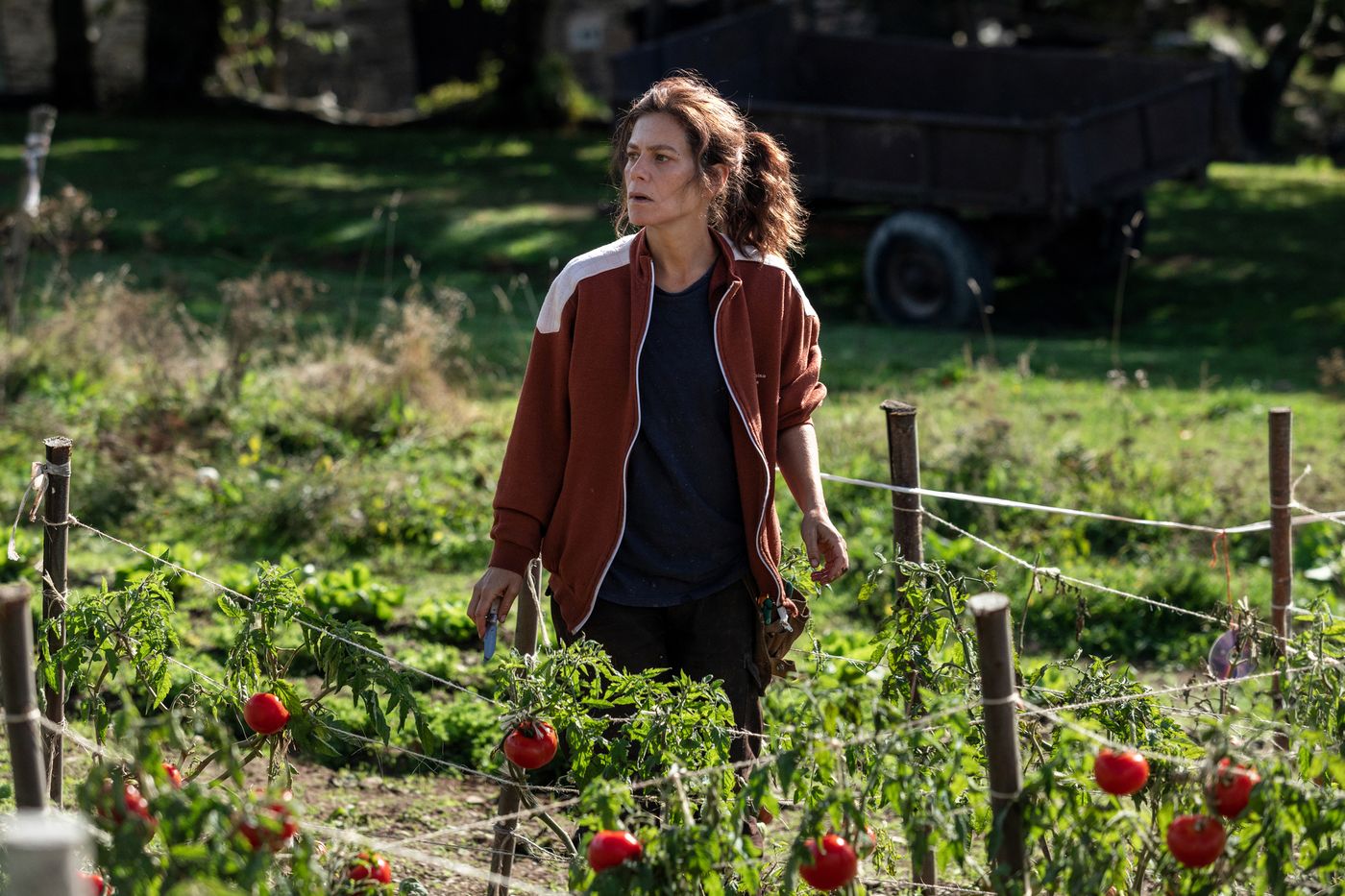 Life is tough in these long-deserted Galician mountain villages. And the few peasants who still cling to their land are struggling to make a decent living from it. In the evening at the local tavern, they brood over their bitterness over a glass of wine and a game of dominoes. Xan, weathered face and loud talk, is by far the most bellicose. Especially when he’s had too much to drink. He is angry with the whole world and in particular with these “foreigners” who want to dictate their law at home. So when Antoine (Denis Ménochet), “el francés”, arrives, this former teacher installed with his wife Olga (Marina Foïs) as organic market gardeners, and main opponent of a wind turbine project that could enrich the village, the tension immediately rises. up a notch.

Anxiety can arise in the banality of everyday life

The opening scene of the film is masterful. The actor Luis Zahera, astounding as a narrow-minded peasant, pours out all this ancestral and visceral anger of men who are one with their land, and Rodrigo Sorogoyen, a gifted young Spanish director (El Reino, Madre), immediately sets the scene for what is to follow. Either the confrontation, not to say the duel, so much the film looks like a western, between two men and two conceptions of the world. Those that oppose traditional farmers to neo-rurals, natives to foreigners, and to the most basic instincts, reason. But in this face-to-face where anxiety can arise in the banality of everyday life, the filmmaker does not seek to take sides, exploring without concession the reasons for acting of each other, dismissing the stubbornness of the one to the frustrations of the other.

The French couple formed by Antoine and Olga structure the story. The latter is first centered on him and on the quarrel which opposes him to Xan and his brother Loren, a somewhat simple-minded boy since he took a hoof kick trying to tame a wild horse, as is traditional. in this region of Spain. What begins as a simple difference of opinion between neighbors will gradually escalate. The insidious harassment to which the two brothers indulge is answered by Antoine’s obsession with collecting proof of their misdeeds at all costs, setting in motion a fatal gear. The director then orchestrates this confrontation between dominant males like a skilfully tuned ballet between a predator and its prey, drawing its violence from the savagery of nature and transforming men into beasts.

The second part projects us a few years later and it is Olga, very discreet until then, who is this time the heroine. She continues the fight with the same stubbornness as her husband but prefers to oppose indifference and contempt to the childish provocations of the two peasants. Calm has followed the storm but it is only apparent, the farmer waiting for an opportunity to finally get justice. The two actors are amazing and Rodrigo Sorogoyen once again demonstrates all his talent with this rural thriller which hides under the artefacts of the genre – suspense and anguish – a powerfully contemporary reflection.

The battle around the preservation of nature and the issues that arise from it for those who have worked in it for centuries, the drama of the desertification of the countryside, the gap that is widening between peasants and ecologists, not to mention the fear of foreigners and the refusal to see him settle “at home”, underpin this intimate drama with a perfectly calibrated plot. But the filmmaker manages to transcend this programmatic dimension by a virtuoso staging in his construction all in ellipses, and by the way in which he puts in image the relationship between man and the elements. In an immutable nature, indifferent to the passage of time and the seasons, men and their base instincts then appear for what they are, animals.

Rodrigo Sorogoyen, the leader of the Spanish neo-polar

2008. A graduate of the Madrid Film School, he co-directed his first film 8 Quotes after starting out as a screenwriter on television.

2013. He creates his production company Caballo films and directs his second film, stockholmcritical and popular success in Spain.

2016.May Dios lose us, screenplay prize at the San Sebastian Film Festival.

2020. Produces the series in six episodes, antidisturbios, on the daily life of a law enforcement brigade.