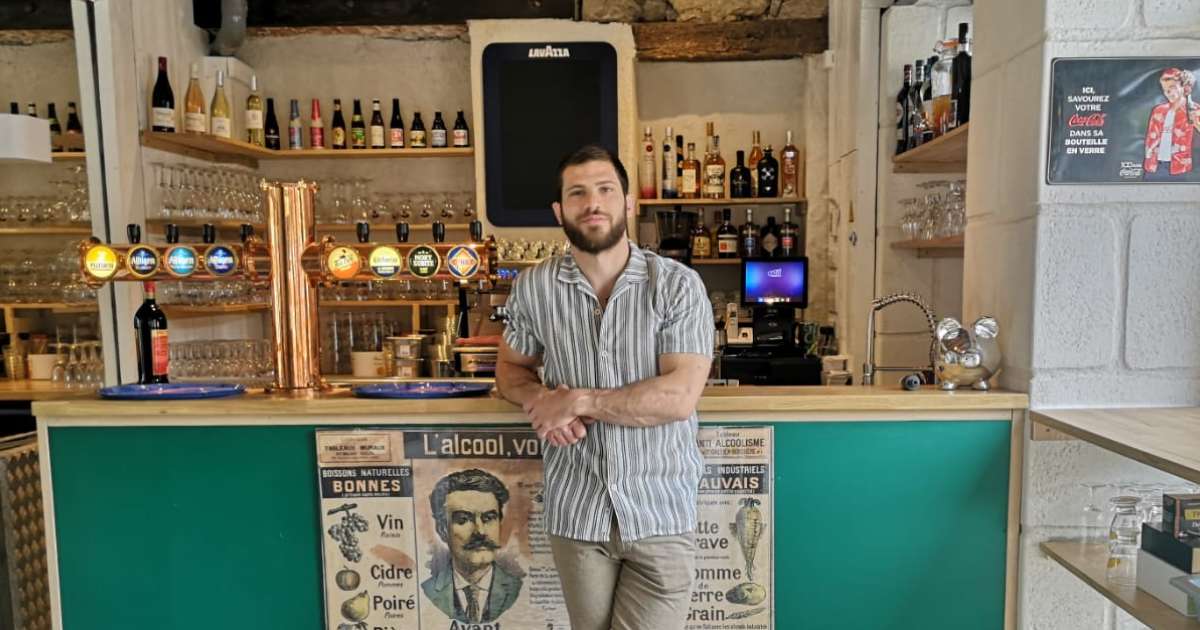 As far back as the locals can remember, there was in Argenton-sur-Creuse (Indre), at the corner of avenue Rollinat and place de la République, a café called the Pourquoi not. Before the bypass of the N20 was built, its terrace was the ideal place to observe, on vacation, the passing of cars coming down from Paris to Toulouse, and vice versa. A beautiful location close to the market and the pedestrian street. And then, during the summer of 2020, the Pourquoi pas lowered the curtain, in the midst of the Covid-19 pandemic. We thought it was over for the cafes in the sun and the steak at 12 euros. That with the crisis, there would never be a buyer again… Except that, last February, the café reopened, with a beautiful decoration, a new owner and even a new name: the Agora.

“A restaurant is like a second home”: how Hippopotamus prepares its deconfinement

On the slate there were goat and trout poke bowls, a plethora of beers, and even a homemade lemonade. All to take away and with a smile. The weather was fine, and it’s crazy as in a small town of 6,000 inhabitants, the idea that a business does not close brings joy to the heart. From the heart, the buyer, Arthur Guillaume does not lack. Just 30 years old, a partner of the same age and two young children, he told us the story of this funny opening in the midst of a health crisis. We are then one week away from the reopening, scheduled for May 19:

“I reopened today to do some take out this lunchtime. But I quit on April 4, when the government tightened the confinement rules. Until then, the formula worked very well. But there, with teleworking, schools and non-essential businesses closed, it was no longer worth it … In normal times, my clientele consists of insurance or bank employees, a few traders, school teachers. And on weekends, there have always been Parisians. I am not complaining. I’m really glad I took this coffee back, but it was about time we reopened!

This business was offered to me by a brewer I knew. It cost around 150,000 euros, plus ancillary costs. I started the process to buy it in June 2020. The Pourquoi pas had closed during the first confinement but I don’t think it had anything to do with the crisis. For my part, I was fully aware of the health situation in which we were immersed. By buying this brewery in the middle of Covid, I knew there would be complicated times but I was confident. I did not hesitate. For me, this cafe was bound to work. I felt it instinctively. It was just hard to materialize under these circumstances.

To finance this purchase, I went to the banks. I already had a good experience in catering with a first family business. Crédit Agricole refused my project, and it was ultimately my bank, the Banque Populaire, which supported me. Normally, I would have been asked for a personal contribution of some 20,000 euros. There, I was asked for 50,000 euros, or a third of the purchase. Even my banker looked surprised. I was told it was a request from the BPI [Banque publique d’Investissement, NDLR]. It is curious because, at the same time, they offered loans guaranteed by the State [PGE]…

I also got a loan through my brewer, Pichon, a local business. He believed in my project and was confident. But there was quite a bit of work to be done. Luckily I had some money aside, otherwise I would never have been able to buy it.

So I sign in November, during the second confinement. Everything is then closed, but since I had three months of work, things were going pretty well. At the end of the work, I had hired two people in the kitchen and we were able to get into take-away sales. Again, this is rather a good thing because it allowed us to get our hands dirty, to open smoothly. The sale went very well straight away.

The terrace, just delivered, awaits May 19 and … the sun!

When I took over the business, I only wanted to make small breweries, burgers, bruschettas… In my announcement to recruit a chef, I wrote that it was an opportunity for a city dweller to get closer. campaign: and it worked! Thanks to the Covid, I received profiles that I would never have had without it.

Thus, I had the chance to meet a young woman, Isaure Robert, who previously worked in gourmet restaurants, at La Ferté Saint-Aubin and in Lyon. She had just inherited a small house in the region and she wanted to leave the gastronomic sector. She arrived with some very nice proposals. I gave him carte blanche and it made all the difference. Until April …

I must admit that this last confinement was hard to live with. I tried to stay open with take out but there was hardly anyone left in town. The days are long behind a counter… I said to myself “enough is enough”, and I lowered the curtain. From February to April, take-out was enough to pay wages. But in April, I put the staff on short-time work. Without this state aid, I would have really struggled to pay them.

I was relieved at the announcement of the reopening for May 19th. There, I have just received my terrace and the town hall has allowed us to stretch out more on the square. I also hired two people for the bar and the hall. In summer, we will be open 7 days a week, until midnight. In any case, I cannot afford to have the slightest overrun in my loan repayments. But now it has to open. And let the weather be nice! “