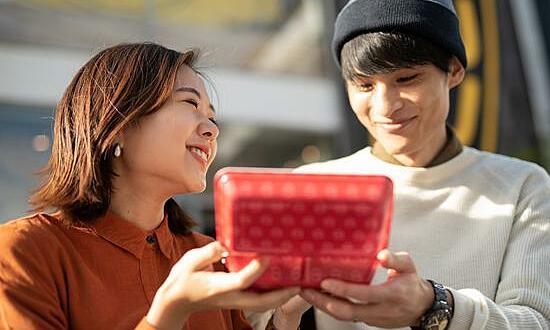 There are two views, one side thinks that men and women are attracted to each other by sex, but many people affirm that sex is not the “ultimate goal” of men.

A woman’s letter recently appeared on the Internet forum, complaining about her husband’s concern for his close female friend. According to the writer, even though he is married, the husband still keeps his relationship with that female friend, wherever she asks, asks for any support, he is enthusiastic to help, sometimes together. practice friends. The husband’s intimacy with her friend made the wife feel insecure. She wondered if it was a safe relationship, should it make a fuss for her husband to end that relationship?

The wife’s share sparked controversy. Many people ask: Is there a pure heterosexual friendship? Should you support your partner to stay in a relationship with your best friend of the opposite sex?

There are two different points of view. One side said that the fact that men and women can be pure friends is completely a ridiculous story because women and men are naturally attracted to each other, the relationship is closely related to love. , sex. The opposite flow of belief is that the “cannot be friends” thought is completely outdated, men and women today need more than sex, and that is the reason why they develop pure friendships.

In fact, many studies show that friendship between men and women is based on sexual attraction. Evolutionary psychologists also believe that sexual attraction is an important reason for two people to maintain intimacy, despite the cover of friendship. A survey conducted in Taiwan found that more than 60% of men had a quiver before their best friend of the opposite sex.

American scientists also made similar conclusions and affirmed “Only when you like the other person, you will be ready to do things beyond normal levels for the other person”.

In a study of 88 pairs of heterosexual friends, researchers at the University of Wisconsin, USA found: While women are generally not attracted to their heterosexual friends and consider relationships is pure, men often develop feelings for that best friend. So research shows that while women believe it is possible to establish a heterosexual friendship, men always hope to have a chance to let the relationship go further. Basically, the study provides the scientific explanation that the “friends zone” of women and men has completely different wavelengths.

Amos Kariuki, 44, a Kenyan male businessman, said: “Men want to sleep with women, simple and understandable. The rest are just women. “Men always have ulterior motives, they need to achieve something in that relationship.” Agreeing with this view, Nick Mutula said: “Only in the fantasy world can men and women be friends. Women need to understand that if a man is enthusiastic about you, try For all your wishes, he probably doesn’t consider the relationship ‘like a friend at all’. He merely accepts friendship while waiting for his moment to strike.

So is it possible to have pure friendship between men and women?

When you were in elementary and high school, building heterosexual friends was simple and pure. However, as the two sides mature, it is no longer there. Especially when both sides have their own “partners”, how to keep a pure heterosexual friendship is not easy.

A male reader of Sina (China) confided that he had betrayed his wife and fell into a relationship with no escape. He said that the object he is keeping a stealthy relationship with is his close friend of the opposite sex. His wife is a cold woman, sometimes with a bit of mystery, which makes him fascinated, deciding to marry her. However, after that, he gets tired of always not understanding what she thinks. Meanwhile, he has a close girlfriend from school. They are close friends, sticking for many years. As friends, they understand each other very small things. From friendship, they often meet, then one day, suddenly a sudden flare of different emotions, then they have sex with each other. Up to now, he did not know what to do, the other side was his wife, the other side was that close girlfriend.

In another case, Janice, 34, a married American woman said that her husband had nearly beat her, after he learned that she received a gift of a new cell phone that her best boyfriend. she donated. The girl said that her best friend saw her using an old phone for a long time, and when she jokingly said “give me a new phone then”, the friend actually gave it. Unfortunately her husband was not happy at all, he scolded her, saying that her friend was definitely up to something, but pretended he was harmless.

So the question is, should I keep a close relationship with the opposite sex, once you have a partner?

Of course, it is impossible to lose friendship for love. In this case, the answer is yes, but with the maintenance of a boundary. This limit is decided by you and a friend of the opposite sex, but should also be adjusted according to the acceptability of your partner or partner. In fact, if you already have a partner, you should actively distance yourself from your best friend of the opposite sex, which is your responsibility for your loving relationship and protecting your partner.

There are 4 important points that need to be built into a close friend of the opposite sex, which is:

Do not tell the opposite sex everything

When you are depressed that you cannot share with your partner, you want to find someone to talk to, you want someone to listen and comfort. Many people will find best friends of the opposite sex. However, if this happens many times, you will accidentally have a mental dependence on that friend. This is very dangerous. Over time, emotional dependence can lead to a need to be dependent on, causing emotions to arise.

In addition, do not interfere with your life of the opposite sex, do not let them interfere with your own. Some people, when having a relationship crisis, turn to close friends to talk, to ask for advice. However, consideration should be given to whether that advice is appropriate or provocative. Don’t forget that the feelings of you and your partner are more important than the feelings of your best friend. In addition, the fact that a friend of the opposite sex enters a relationship will only cause the relationship to break down faster and faster.

Do not discuss each other’s subjects

You may like / dislike your best friend’s partner, but never comment on them. Making comments can create exciting emotions, make the other person’s relationship not good, you are even a “thorn in the eyes” of your best friend.

Don’t be too intimate

Actually, the line between friendship and love is very clear. There are things, love can be done, but making friends cannot, everyone can understand it. If you are too close, it may make your partner jealous, and you will slowly vibrate, and your relationship will change.

Should not go separately

In order for the relationship to be clear, the two of you must learn to control, create distance, and clarify the boundary between the two sides. Only by getting along with each other in a friendly and comfortable way can you be trusted by everyone (including your partner).