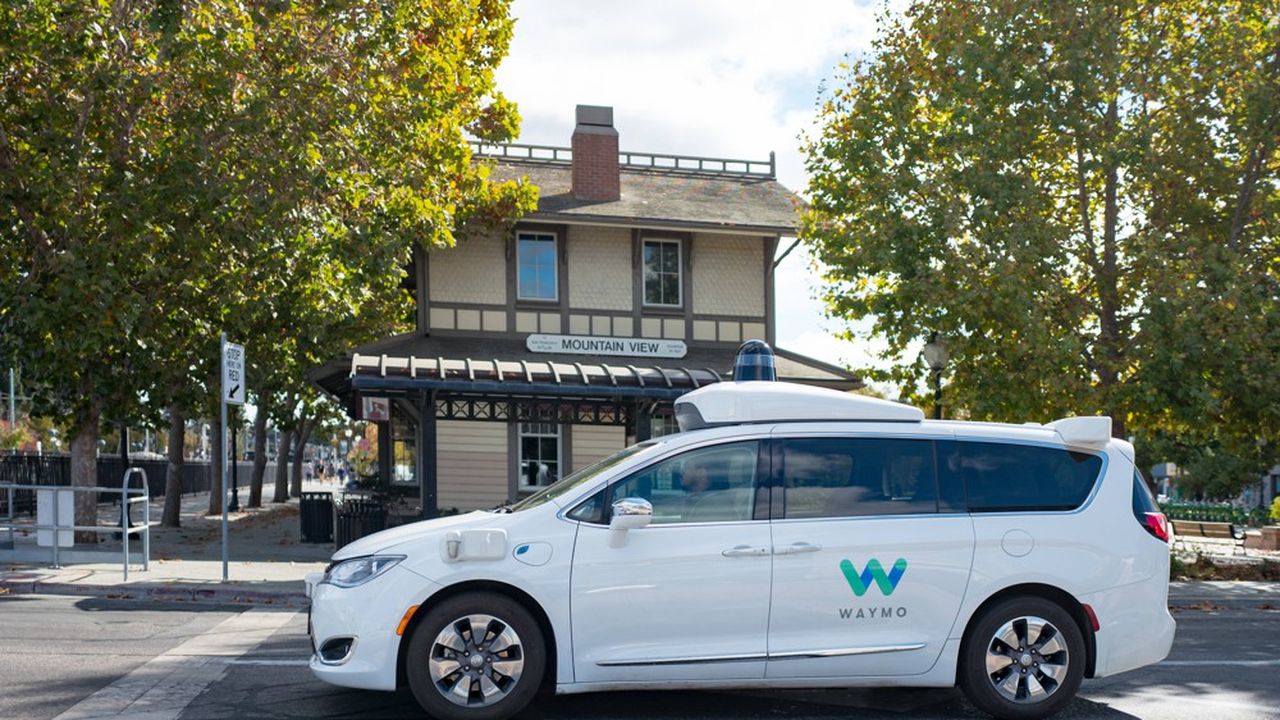 There are those who advance masked. Those who have already let go. Those who are already on the road and those who are still looking for the right queue. For the past few years, the giants of American Tech have been revolving around the automobile – vehicles gradually and in a caricatured manner becoming “smartphones on wheels”, conversion to electric and software reshuffling the cards of the sector such as never for decades.

“We are waiting for new competitors who should accelerate the change in our industry and bring new skills to it, comments Volkswagen boss Herbert Diess on LinkedIn. Their incredible value and their almost unlimited access to financial resources call for respect. As I said before, the most valued group in the world will soon be a mobility giant. It could be Tesla, Apple or Volkswagen. “ But when we look under the hood, we realize that Apple, Google, Amazon or Uber do not have the same approach to the subject. Overview.

Ira? Will not? And how if so? In Cupertino, Apple’s staff is more than silent on its automotive projects. We hardly know that the Titan project, discreetly set up to design a car stamped with the apple, was launched in 2014, and that it would have been revised around 2018, with the return to Cupertino of Doug Field, a former Apple passed through Tesla. In the meantime, Elon Musk would have even proposed to Tim Cook to buy Tesla, which could have greatly accelerated the Titan project, but would have met a refusal …

According to Reuters, the Californian giant is still making progress in the development of a four-wheeled vehicle – notably by emphasizing autonomous driving. And it intends to offer from 2024 or 2025 a passenger car equipped with homemade electric technology – likely to reduce “radically” the cost of batteries. The tech giant could capitalize on its design and marketing qualities, and would rely on an industrial partner for this. But what he would actually do is not yet clear. “If there’s one company in the world that has the resources to do it, it’s probably Apple. But at the same time, it’s not a cell phone ”, a person who worked on Project Titan in the past told Reuters.

Easier to see in Amazon’s game than Apple’s. At the global e-commerce giant, we want two things. The first is to distill the home ecosystem in the interiors of connected cars. To do this, Amazon is trying to slip its voice command tool Alexa or even its Amazon Pay payment system into on-board consoles by increasing partnerships with traditional car manufacturers – Audi, BMW, Ford, Fiat-Chrysler and even Toyota.

The second front of founder Jeff Bezos and his troops are electric delivery vehicles, autonomous or both. Being able to distribute boxes as quickly as possible in city centers while limiting CO2 impact and noise pollution as much as possible is vital for the king of e-commerce. For this, Amazon is counting on new players, starting with Rivian. This company, also supported by Ford, received another 700 million dollars of investment last year from the trader, who ordered no less than 100,000 electric vans. Deliveries are expected to start next year.

On the driverless driving front, Amazon injected several hundred million dollars last year into Aurora, a young specialist in autonomous driving software. And in the same vein, a few months ago, the group offered itself for $ 1.2 billion Zoox, another American start-up specializing in its part in autonomous vehicles. Zoox has just presented a new prototype of robotaxis.

Waymo, the race in the lead in robotaxis

The subsidiary of Alphabet, the parent company of Google, caused a sensation at the beginning of October by announcing a gradual opening to the general public of its autonomous taxi service in the Phoenix area, while it had so far been running with a few hundred of handpicked beta testers, in an area limited to certain areas of the Arizona capital. The company also assured that it intends to open its application to all residents of the city, without providing a timetable.

This new stage confirms the constancy of the efforts of Waymo, which can count, it is true, on the enormous financial means of the king of the search engine. Since its creation 5 years ago, Waymo has carried out 32 million kilometers of tests in 25 cities, including ten million kilometers in Phoenix in two years. Added to this are 16 billion kilometers swallowed by virtual cars in its simulation software.

Thanks to the billions of dollars invested by Google, Waymo has the largest fleet of autonomous taxis (almost 600 cars), but can also claim to be the only one to manufacture its own cameras, lidars and radars, which ensures a optimal integration between sensors and software. What give it a serious head start against its competitors.

Uber gives back its dreams of driverless VTC

At Uber, the development of an autonomous vehicle was quickly put forward as an essential aspect of the company’s project. By doing without a driver, argued founder Travis Kalanick, the VTC platform could boost its income well beyond the 25% commission it takes on each race. It is even this prospect that had – for a time – brought Uber to Wall Street.

The group has therefore invested no less than $ 2.5 billion in this project over the past 5 years, with the initial ambition of circulating 75,000 robotaxis in 2019. But Advanced Technologies Group (ATG), the division dedicated to this activity, did not keep its promises, accumulating development delays compared to its competitors!

Weakened by the health crisis which has shaken its core business, Uber no longer had the means to persevere, and had to resolve at the beginning of December to cede ATG to Aurora, the start-up supported by Amazon. The company headed by Dara Khosrowshahi will hold 26% of the start-up’s capital, in exchange for the transfer of its technologies, most of its teams, and a check for $ 400 million.