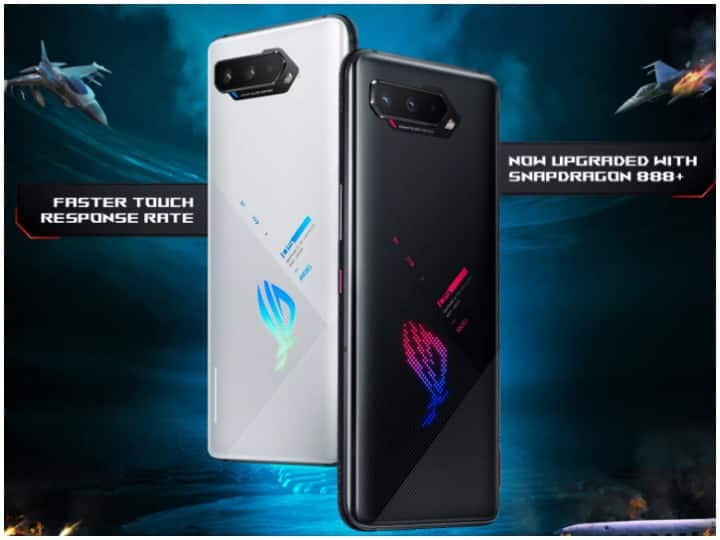 Rog Phone 5S, 5S Pro Features: Asus has launched the all new ROG Phone 5s and ROG Phone 5s Pro smartphones in India. Along with this, the company has expanded its ROG smartphone series. Calling these “weapons from the future”, the company launched new gaming phones which it claimed are the fastest in the segment. how? The new ROG devices come with 3GHz chipset, up to 18GB of LPDDR5 RAM, as well as up to 512GB of UFS 3.1 storage.

display
Both the phones come with 6.78-inch Samsung E4 AMOLED display with 20.4:9 aspect ratio, 2448 x 1080 pixels resolution. The display promises a 144 Hz refresh rate as well as 360 Hz native touch-sampling rate. There is a Corning Gorilla Glass Victus on the top and there is support for HDR 10 and HDR 10+ as well.

battery and processor
The phone is powered by a 3.0 GHz Qualcomm Snapdragon 888+ chipset paired with a 5nm, 64-bit octa-core processor and a Qualcomm Adreno 660 GPU. They work on Android 11 out-of-the-box with ROG UI. To give power to the device, a 6,000 mAh battery is provided, which comes with ROG HyperCharge support up to 65W.

camera
Talking about the camera, a triple rear camera setup has been given in the phone, in which a primary camera of 64 megapixels has been given. While the second camera is 13 megapixels and the third camera is 5 megapixels. At the same time, a 24-megapixel camera has been given for selfie and video calling. Connectivity options on the phone include Wi-Fi 6, Bluetooth 5.2, Wi-Fi Direct, NFC, USB Type-C and 3.5mm headphone jack.

Price
Asus ROG Phone 5s Has been launched at an initial price of Rs 49,999. The base price is for the variant with 8GB RAM and 128GB storage. A step-up option is available for Rs 57,999 and it comes with 12GB RAM and 256GB storage. The phone will be available in two color options – Storm White and Phantom Black.
On the other hand, ROG Phone 5s Pro Available in single memory and single color configurations. The device will come in a Phantom Black color and will be priced at Rs 79,999 with 18GB RAM and 512GB storage. Both the phones will be available for sale exclusively on Flipkart from 12 noon on February 18.