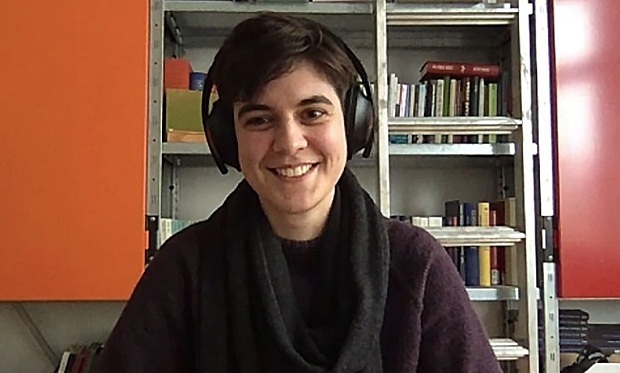 Marlene Engelhorn, 29 years old, comes from one of the richest families in Austria. Inherited tens of millions of dollars, but she decided to give 90-95% charity.

Marlene Engelhorn is the granddaughter of Traudl Engelhorn-Vechiatto, 94, owner of the world’s largest chemical group BASF and a pharmaceutical and medical equipment manufacturing company, which sold for $11 billion in 1997. At that time, she received 2.45 billion USD. Earlier this year, she passed away, her fortune has increased to 4.2 billion USD.

Marlene inherited tens of millions of dollars from her late grandmother, but was not interested in it. She calls the money she received as lucky as winning the lottery because she won’t do anything.

“I don’t want to. I’m upset. Of course, with that money, I get unexpected freedom but it doesn’t match my view of life. No one is allowed to have a lot of money and power without being exempted. such a tax,” said the girl who grew up in Vienna.

After thinking and receiving suggestions from many people, she decided to contribute the amount to the society. ”I shouldn’t have spent my family’s money without working. Managing that inheritance takes time and it’s not the plan of my life,” Marlene explained.

Responding to the media, Marlene criticized the super-rich for participating in charitable activities as a technique to avoid paying large taxes. She doesn’t think this act should be honored because it’s dishonest.

According to Marlene Elenghorn, no one should have impossibly large amounts of money in an unequal society. A more equitable redistribution of wealth and higher taxes on the super-rich are important for social well-being.

Engelhorn, currently a student at the University of Vienna, a member of the Millionaire for Humanity organization and a promoter of Taxmenow Initiative (calls for taxing the rich to reduce the gap between rich and poor).

When asked how she will live in the future after giving up 90-95% of her inheritance, Marlene Elenghorn said: “I don’t know yet. But I want to work hard. So do other people.”

The movement to deny the inheritance of young people is taking place in many countries. These people are called “class traitors” because they oppose the way their ancestors created wealth, seeing it as a source of inequality in society. When they receive their inheritance, they immediately seek to give back to society through wealth distribution organizations, such as Poor Magazine, founded in 2009 in the US. Poor Magazine receives millions of dollars in donations each year. To date, they have purchased two properties in Oakland to house people in need, while also sponsoring activities for the environment, racial justice…

“There are people who are homeless, dying on the streets every day. Letting that go on while the rich continue to hoard wealth is rude. We have a responsibility to our fellow human beings and to our lives. To some extent, everyone should redistribute wealth,” said Lisa Gray-Garcia, founder of Poor Magazine.

The “give-away” view is not necessarily supported. Giving away large sums of money in your 20s and early 30s can also have consequences for the giver in the last five months of life, such as affecting their ability to buy a home or retire. At the same time, this donation of inheritance can also strain relationships with parents and grandparents, who often disagree with giving away the wealth they have worked so hard to leave behind.