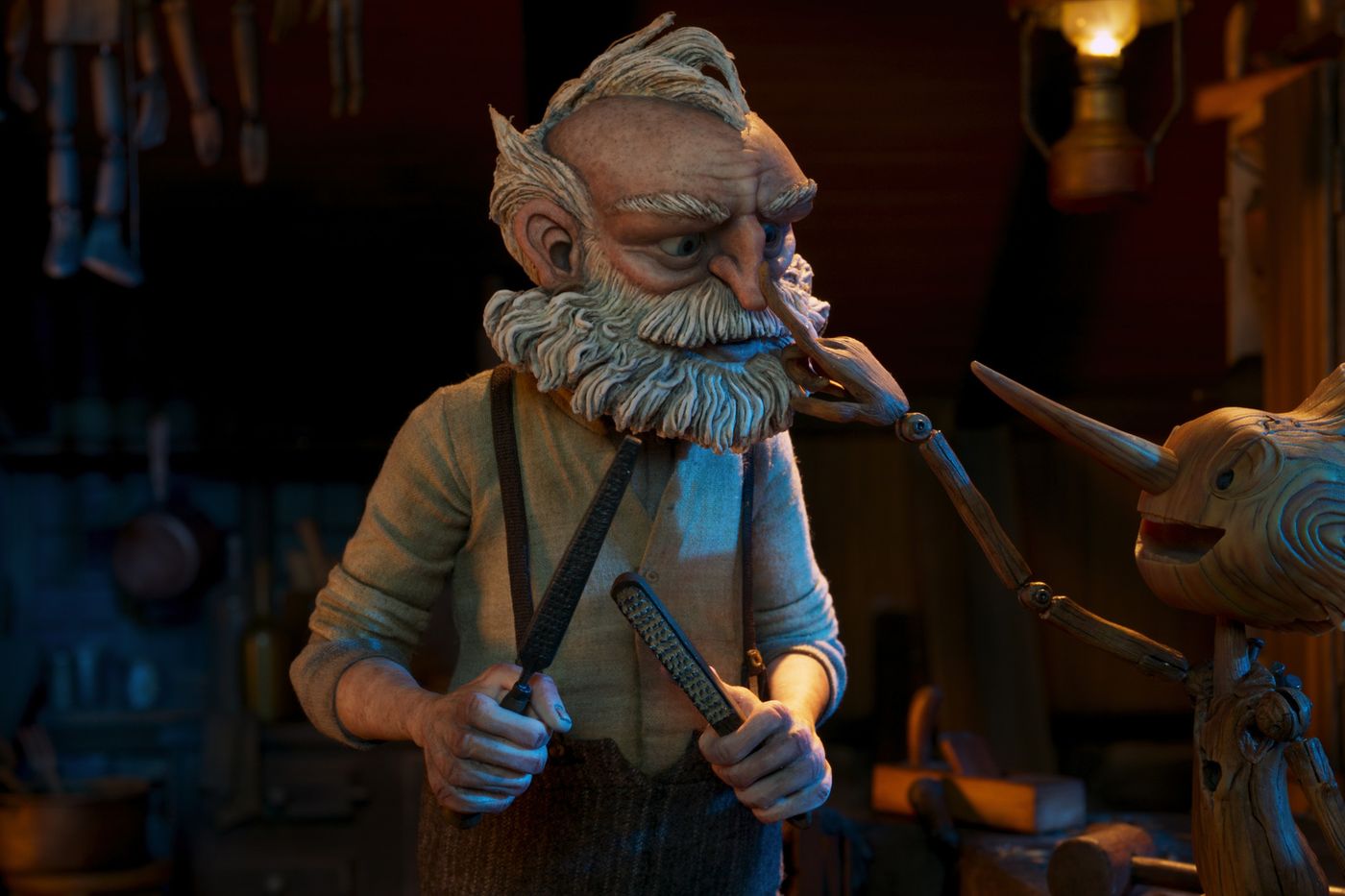 Here it is finally, Pinocchio so anticipated ! Announced as the event of this end of the year by Netflix, the adaptation of the famous tale by Carlo Collodi does not disappoint, without however completely convincing.

A great admirer of the Disney version released in 1940, of which Robert Zemeckis has just delivered a rereading without much interest, the Oscar-winning director takes up the idea, absent from Collodi’s book, that Gepetto created Pinocchio to fulfill a desire for paternity. He adds an eminently tragic dimension. Transposed in the Italy of the beginning of the XXe century, carefully reconstructed, the story features the widowed carpenter who lost his first child, a model boy, during a First World War bombing.

Inconsolable, Gepetto designs, during a night of drunkenness, a wooden puppet that comes to life by the magic of a wave of the Blue Fairy’s wand, a disturbing creature straight out of the bestiary dear to Guillermo del Toro since his first movies. When he wakes up, the old man doesn’t know how to welcome this Pinocchio who looks like a strange wooden spider, as disarticulated as it is uncontrollable.

However, in Mussolini’s Italy, whose indoctrination the filmmaker emphasizes, beings of flesh and blood behave like puppets, when the puppet seeks to be human. In a striking scene, Pinocchio watches Gepetto carve a Christ on the cross for the village church and asks: “Why do we love him and not me, when, like me, he is made of wood? »

Exciting mise en abyme of stop-motion animation, here bewilderingly fluid and sensitive, Guillermo del Toro’s feature film highlights the ability of this technique to give soul to the inanimate. But, as often in his films, this bubbling filmmaker fills his abundant work with so many themes that the messages on the virtue of disobedience and on the finitude of things appear blurred. Too bad, because the life lesson he gives us is at times as beautiful and simple as a fleeting moment of happiness between a father and his son.