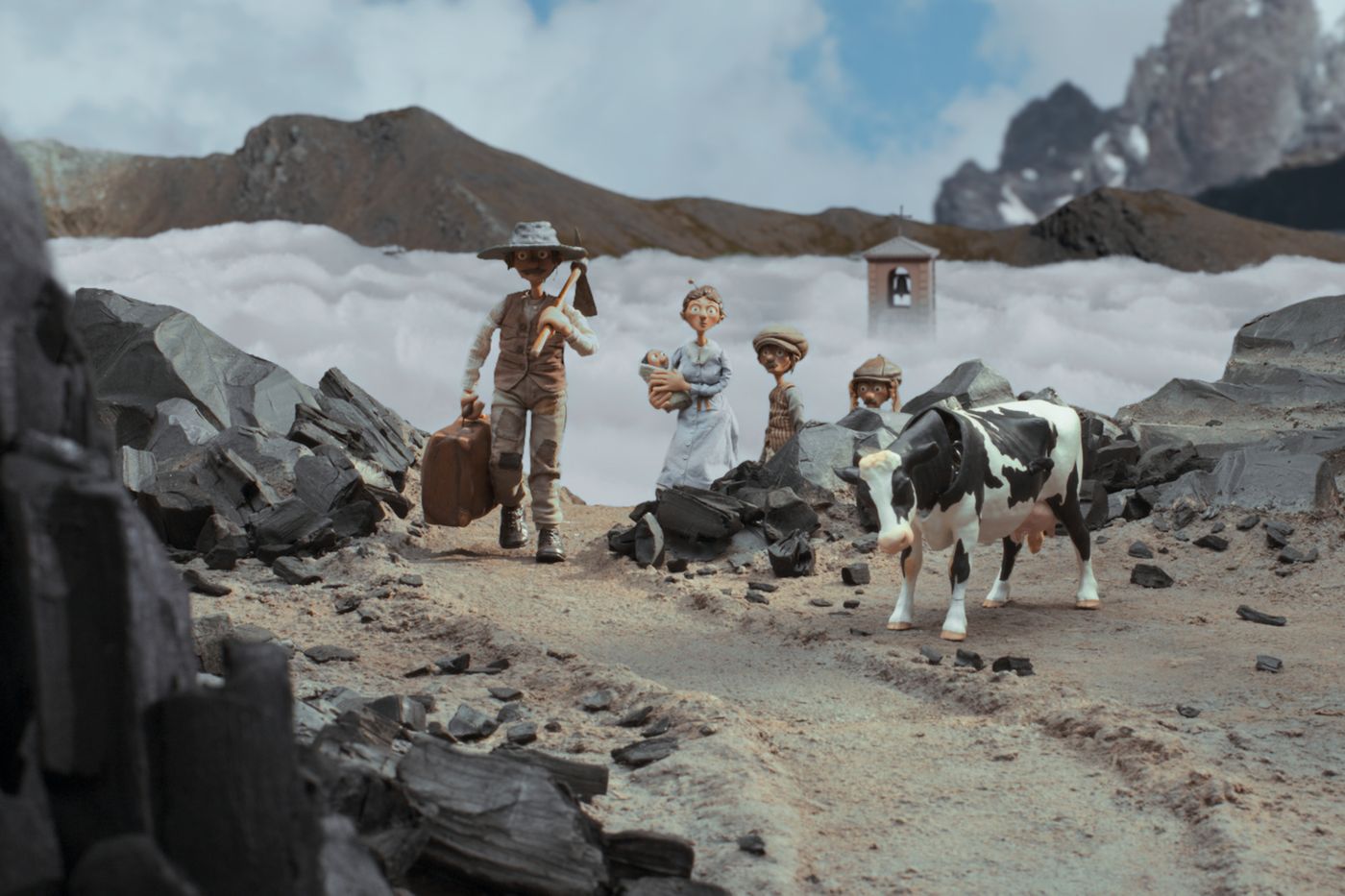 What are we waiting for to be happy? The expression, which is also the title of the adaptation of Little Nicholaswinner of the Cristal for a feature film at the Annecy Animation Film Festival, seemed on everyone’s lips during this 47th edition.

An edition that has returned to records, after the parenthesis of the health crisis. 13,200 accredited (i.e. 1,000 more than in 2019), from 106 countries, had made the trip to dive into the deep end of world animation, before going to dip their feet in the lake.

The organizers, who had promised fireworks for this reunion, kept their bet, in particular thanks to numerous sold-out event sessions, including an unforgettable world preview of Michel Ocelot’s new film, greeted by an ovation standing (1). The majority of the “happenings” were however provided by American troops, studios and platforms that came in force this year aboard Buzz Lightyear’s ship where hordes of Minions and other Gremlins scattered…

Another room, another atmosphere. On the side of the competition, the subjects were not frankly amusing, between wars, natural disasters and intimate dramas… There were many The little Nicolasby Amandine Fredon and Benjamin Massoubre (in cinemas on October 12) to come and launch some pretty paper planes in a serious tonality of awards.

But even this superbly animated film, which mixes skits from the adventures of the famous hero in short pants and the documentary account of the collaboration between Sempé and Goscinny, evokes the traumas of youth of authors seeking to exorcise them through their creation.

Testimony at the heart of five feature films

Jury Prize, Forbidden to dogs and Italians, by Alain Ughetto (at the cinema on January 25, 2023), also knows how to remain joyful while recounting the tumultuous trajectory of the director’s grandparents, Italian immigrants in France. Animated with figurines, the film takes the form of a fictional dialogue between the filmmaker and his grandmother who recounts the chronological thread of his life, while preparing his traditional polenta.

Fascinating, this work is also emblematic of a strong trend in animated cinema: testimony. Grand winner of Annecy last year, Flee, by Jonas Poher Rassmussen, already questioned the strengths and weaknesses of this speech at the crossroads of personal experience and great history, in this case that of a young Afghan refugee who became an eminent academic in Denmark. This year, no less than four other feature films testify to wounds of the present or the past: the torments of a Chinese family in the China of the Cultural Revolution, the American dreams of undocumented Mexicans, the Armenian genocide…

fascinating work, Aurora’s Sunrise, by Inna Sahakyan, recounts the incredible fate of a young Armenian woman who, after miraculously surviving the massacres, fled to the United States to become, at the end of the 1910s, the star of a Hollywood film which tells his history ! Interspersed with excerpts of interviews with the real Aurora Mardiganian, the animated scenes seek to distance the horror of the persecutions, which are otherwise shown in an explicit manner.

In another, more allusive register, My Father’s Secretsby Véra Belmont (in theaters September 21), adapts the comic strip by Kichka Second generation, on the silence of his father, a survivor of Auschwitz, and his difficulty talking about it. The unspoken family is at the heart of this touching film on the transmission of a long repressed memory.

A delicate transmission that the young Israeli director Tal Kantor questions in turn in Letter To a Pig, a short film showing the impact that the testimony of a survivor of the camps had on her. In order to emphasize the subjective nature of this feeling, the contour lines of the faces are more or less blurred depending on the moment.

How to transmit without traumatizing in turn, this is not a simple question, which Alain Ughetto also asked himself. “I wanted to retrace this family history for my children without being overwhelming, by portraying myself in the story in a playful and intimate way. Reason why my hand appears on the screen to interact with the characters both as a director and as a grandson. » The effect works wonderfully. During the interview given by the filmmaker on the terrace of a café, a festival-goer greets him and exclaims with his heart in his hand: “Thank you for your movie! » At the Annecy Festival, we don’t wait any longer to be happy.