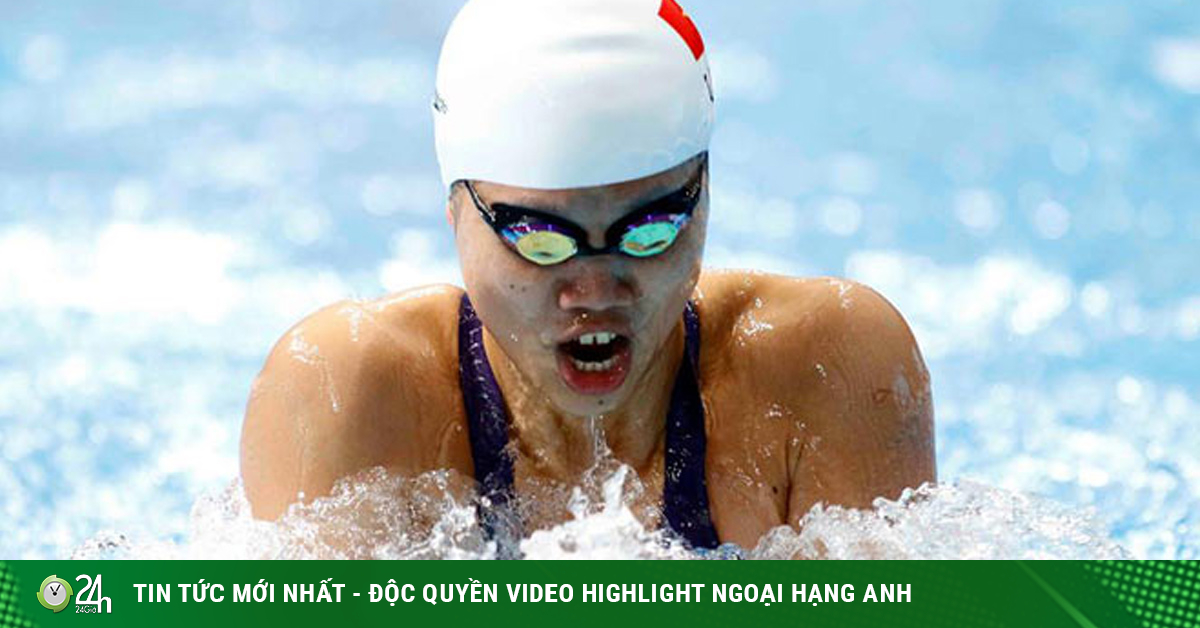 (Sports news, swimming news) The leader of the swimming department of the General Department of Physical Education and Sports thinks that this is the time when Anh Vien needs a quiet time to do what she herself wants. In addition, the door of the national team is always open to the 24-year-old “fisherman”.

After nearly 2 years of training without a personal coach after coach Dang Anh Tuan resigned from the national team because of the scandal involving “default”, Nguyen Thi Anh Vien’s achievements were increasingly going down.

In addition, the pressure and criticism after unsuccessfully competing at the Tokyo 2020 Olympics was like a drop of water, leading to Anh Vien applying for a break from training and playing for the team. Recently, she was training at the National Sports Training Center in Ho Chi Minh City to prepare for the 31st SEA Games.

This decision of Anh Vien made experts and fans both surprised and regretful for a top talent in the country’s sports history, but did not receive the right investment and training. for many years in a row. However, unlike the misconception of many people, Anh Vien’s application to leave the national team does not mean that she will retire from the green race.

“Anh Vien did not retire, but just took a break from training in the national team. She will still compete for the host unit, the Army delegation, in domestic tournaments, which may be at the 2022 National Sports Festival as soon as possible. 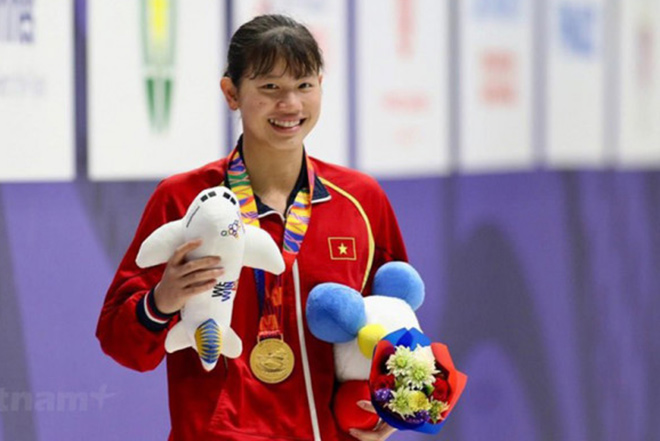 The 24-year-old female “fisherman” wants to complete her studies and take care of her personal life after a long time of dedication.

Even after completing her studies, Anh Vien can stick with swimming as a coach, training young talents with a wealth of experience competing in all competitions that no other Vietnamese swimmer has. “, said Mr. Vo Quoc Thang, Director of the National Sports Training Center in Ho Chi Minh City.

Mr. Thang also shared that the Center’s leaders met and listened to Anh Vien’s wishes after receiving her application: “Anh Vien wants to take a break from the national team to complete his final year university program as well. like taking care of your personal life. Anh Vien said she thought very carefully about her decision, not a temporary action.

Meanwhile, a leader of the swimming team of the General Department of Sports and Sports still said that although Anh Vien had resigned, the door of the national team was always open to her: “I think after many years of dedication and sacrifice, Now is the time for Anh Vien to have some quiet time to do what she wants. Anh Vien needs a quiet time to do what she wants

She was subjected to undeserving pressure. In fact, even though Schooling invested tons of money and is still empty-handed at the Olympics, it is not right to put pressure on Anh Vien. Besides, even though Anh Vien resigns, the team door is always open to her”, this character added.

What did Anh Vien do after leaving the national team?

“Swordfish” from Can Tho is currently a 3rd year student at the University of Sports and Physical Education of Ho Chi Minh City and a member of the School Council. She is being carried out by the Center and the governing unit (Army sports) to develop the Party. According to Anh Vien, after leaving the national team, she will still play for the Army Corps and comply with the assignment of the host unit. Anh Vien is working as a professional soldier with the rank of Major (Photo. Vietnam People’s Army)

In addition, Anh Vien is currently holding the rank of Major in professional military after 8 years of dedication and bringing many sports achievements to the country and military sports. After completing her studies, Anh Vien can continue to devote herself to the development of the sports movement in the Army. Therefore, she is considered as a young soldier with a bright future waiting in front of her.

Nguyen Thi Anh Vien is the most successful athlete of Vietnamese sports at the SEA Games when she won 25 gold medals at the SEA Games and was once voted the best female athlete at the 2015 SEA Games. In addition, in her career, Anh Vien also has a huge medal collection with more than 150 medals of all kinds in many tournaments.