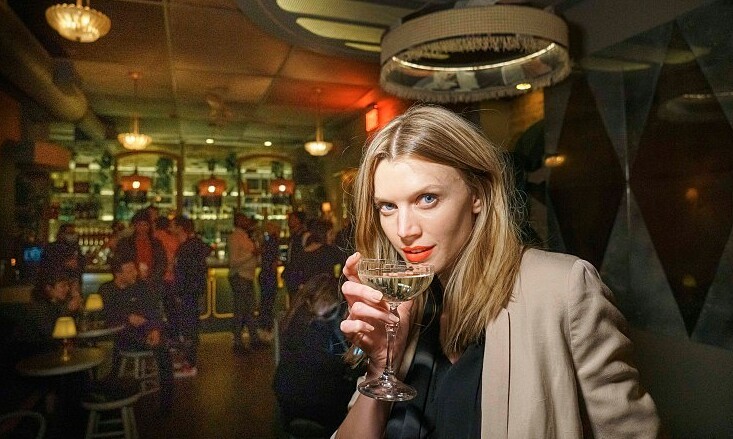 Not wanting the second year to experience a quiet party season, many Americans are holding parties in secret to avoid spreading the disease.

One evening in late December, music and talk were loud at Amali’s restaurant in New York. On the back stairs, a more intimate space lit by a fireplace, 65 guests are enjoying wine, buffet and there is a psychiatrist and a tarot reader hired to join the fun.

“No outsider knew we were having a party there. We found the space very controlled,” said plastic surgeon Steven Levine, who organized the party. He was very happy when some famous guests came to his party.

Many locations have closed due to the new variant of nCoV, even the White House has canceled the Christmas party, but this has not stopped many New Yorkers from continuing their vacation. Instead of mass parties, they are looking for secluded and secluded spaces, to avoid the spread of the disease as well as criticism from those who believe that gatherings are risky when the Omicron variant is widespread. .

Mathias Van Leyden, the owner of the Loulou pub and several other establishments, in New York, said it still sells alcoholic beverages. The shop is still accepting orders until the end of Christmas Eve. “People love coming here because they don’t get judged for joining the Covid party,” he said.

Richard Chang, a 37-year-old resident of the Chelsea, New York neighborhood and director of a medical company, found the perfect place to throw his party this past Sunday. That day his family and friends got together to celebrate this year’s holiday season, as well as to celebrate his brother Richard’s 50th birthday.

“We had this sorted out before things blew up. To be on the safe side, we’re asking everyone to test negative before coming in and not post anything on social media,” Richard said.

At Room 52, a private party space located in Pudong, event organizers make sure the party doesn’t get posted online. “All photography and video equipment is captured when they enter,” said Eric Kovar, owner of the space.

For some determined to stay in the holiday spirit, money isn’t an issue, especially when it comes to ensuring exclusivity for guests. Billionaire John Catsimatidis, owner of the Red Apple Group, threw a party for his corporation with champagne and a performance by comedian Joe Piscopo.

Investor Bo Peabody, 50, and friends from college planned a Christmas dinner in the private room of West Village restaurant Hancock St. “If you get vaccinated, you have to get on with life. But we don’t want to be an outbreak and we don’t want to upset people,” he said. Without disclosing how lavish the party was, Mr Bo said the room allowed them to “do what they want”.

With Van Melkebeke, 25, her secret party was held at a secret entrance behind a locksmith shop on the Upper East Side. “It’s a room with 1980s decor and we don’t want to be at the bar with other people. The attendance list is controlled, all injected and no strangers,” said Van, who works for one. said coffee brand.

As a healthcare worker, Diny Sanchez was desperate to find a room of her own and ended up choosing a restaurant in Flatiron, Manhattan. “Last year, we were very disappointed and couldn’t have the party,” said Brooklynite, 38, who manages a dental office in Murray Hill.

This year’s party was held with great care. Delicious and beautiful dishes including steak, fish and chicken. However, some people dare not eat or drink. “They feel uncomfortable when they take off their masks,” she added.