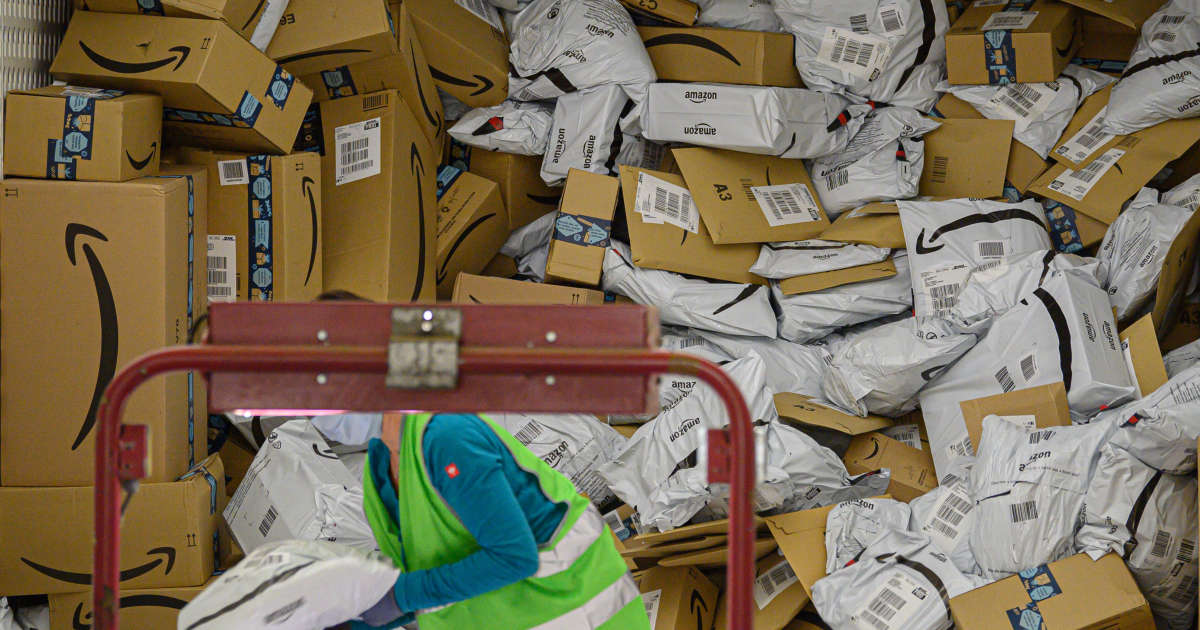 The tension is as old as the consumer society and one of its corollaries, globalization. The same individual is always both a citizen and a consumer: he may be anxious to preserve the economic fabric of his city while seeking rapid service at a lower cost. The interests of the first are therefore often in contradiction with those of the second. This is evidenced by the recurring controversy over the preponderant place that the consumer giant Amazon has taken in our lives. Elected officials and associations may well call for a boycott, small traders denounce unfair competition, trade unions protest against the working conditions they consider extreme: the juggernaut of online sales has clearly taken advantage of the two confinements to increase its market share in France.

Faced with recurring criticism of the American platform, “Obs” investigated this symbol of our individual contradictions. Because if Amazon is becoming more and more important in our country, this movement is paradoxically taking place in a France where consuming becomes an act that is more and more considered, enlightened. This is evident in the popularity of organic food, of course, but also that of second-hand purchases, the circular economy and “ethical consumption”.

A concern that is not only the prerogative of a few households with high purchasing power but which testifies to a fundamental movement, fueled by the gravity of the climate crisis and by the need for everyone not to remain powerless in the face of to her. Even the boss of the Carrefour hypermarkets explained, a few months ago, in our special issue “2049”, that the hyperconsumption model is running out of steam, and that a large number of his customers, from all social categories, expect something other than a drop in prices.Alexandre Bompard: “Hyperconsumption is at the end of its rope”

In this context, Amazon has become the standard bearer of our contemporary dilemma, the one that makes us sway between contemptor and profiteer of the growing uberization of our societies. Succumb or resist? This is indeed the alternative confronted by an actor who processes nearly 50 parcels per second in its warehouses and is used by nearly one in two French people. Starting with the online sale of books, Amazon has woven an almost endless web in twenty-five years, selling almost everything, from countersunk screws to filled chocolate, purchased in a few clicks and delivered to your home in record time. . Spreading out its warehouses all over the country, it has become both essential for many of our fellow citizens far from cities and sometimes the almost unique gateway to consumption for active and busy urbanites.

In any case, Amazon has become a subject of passion. For some, the American site is the symbol of a capitalism greedy for jobs, destructive of the environment, pushing to overconsumption, and dodging the payment of its taxes. For others, Amazon is incredibly efficient and allows tens of thousands of French SMEs to be able to live by accessing a national or even international market. Neither laudateurs nor prosecutors, for the prosecution and for the defense, our journalists have tried to disentangle the true from the false of these accusations. As often, the reality is nuanced, sometimes overwhelming, sometimes clearly more favorable to the American giant. Everyone is then free to decide and act as an informed consumer.