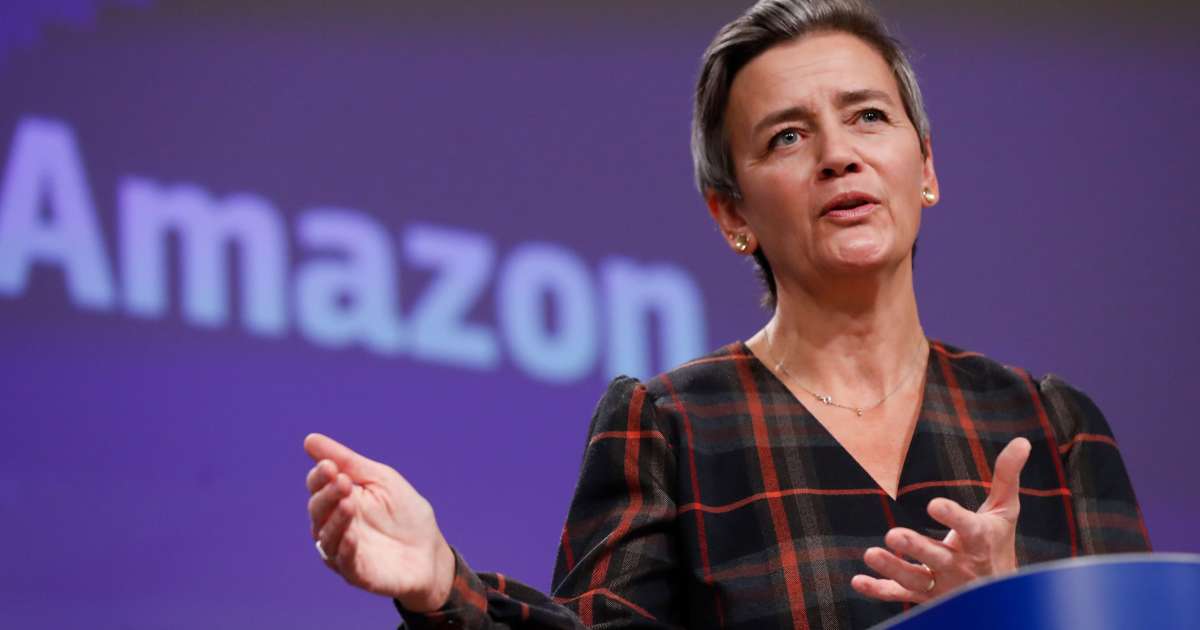 After Google and Microsoft, it is Amazon’s turn to receive an uppercut from European Commissioner Margrethe Vestager. While the e-commerce juggernaut is increasingly criticized in France for taking advantage of the health crisis, which is forcing many stores to close while online sales are breaking records, a new front opened on Tuesday, November 10 for the American company in Brussels: the European Commission accuses it of having infringed European competition rules.

It believes that the group benefits from data from independent traders using its website. An in-depth investigation was opened on this subject in July 2019. “According to preliminary findings, Amazon has abused its dominant position as a market place in France and Germany”, its two biggest markets in Europe, said Competition Commissioner Margrethe Vestager at a press conference.

The American company operates in two areas: not only does it sell products directly on its website, but it provides retailers with a marketplace where they can sell directly to consumers. Amazon therefore finds itself in competition with them … But it appears, according to Margrethe Vestager, that “Considerable volumes of non-public data from sellers are available to employees of Amazon’s retail business”. Highly precious data: they feed the company’s algorithms and allow it, accuses the European Commissioner, to better calibrate its offers. Amazon can thus rely on them to focus its offers on the products that sell the best, or to adjust its prices.“We must make sure that platforms which have a dual function of seller and marketplace, like Amazon, do not distort competition”, insisted Margrethe Vestager.

These accusations put the American giant at odds in France, even though its managing director Frédéric Duval declared in the media last week that he wanted We want “Help [les entrepreneurs] to make their digital transition and join the store dedicated to French sellers ”.

Brussels at the same time announced the opening of a second “Thorough investigation” targeting the platform. The Commission suspects this time a preferential treatment of offers from Amazon or sellers of its marketplace when they use the delivery services of the American giant. These suspicions relate in particular to the Prime loyalty system, whose users, often large buyers, would not be equally accessible to all sellers of the platform.

Amazon immediately disputed these findings in a statement:

“We disagree with the preliminary assertions of the European Commission and we will continue to make every effort to ensure that it has an accurate understanding of the facts. “

The distributor claims that it represents less than 1% of the global retail market and that there is “Stronger competitors in all countries” where it operates. He also ensures that“No company is more attentive to small businesses or has done more than Amazon to support them for 20 years”, estimating at 150,000 the number of companies selling on its platform (11,000 in France) for “Hundreds of thousands of jobs created”.

Brussels does not prejudge the outcome of these two investigations, Amazon still having to respond to the allegations. But if it is found guilty, the company could be forced to review the functioning of its marketplace and above all, be fined several billion euros. In similar cases, the penalties could reach up to 10% of turnover.

The European Union has imposed three fines on Google over the past few years, totaling $ 8.19 billion, for abuse of a dominant position in advertising. The Commission accused Google of having imposed anti-competitive clauses on third-party sites: competitors such as Microsoft or Yahoo could not sell their advertising space on the response pages of the Google search engine. Apple and Facebook are also sued in separate cases.

Indeed, European and US antitrust authorities are increasingly looking at how Silicon Valley giants dominate large swathes of the digital economy and collect data that can hurt competition online. But these investigations which require several years to be completed. So far, Amazon has reported a tripling of its net income to $ 6.3 billion in the third quarter, a 38% surge in revenue from its items sold online, while sales of third-party companies using its platform increased by 55%.