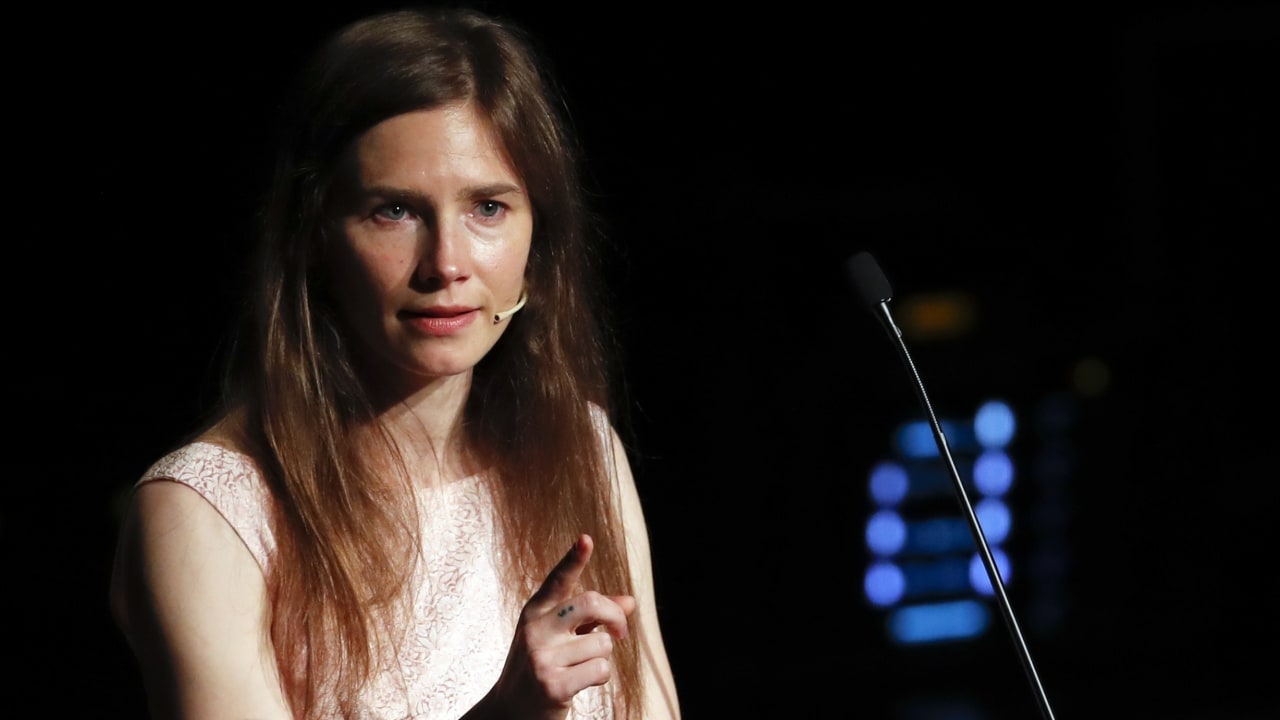 She became world-famous as the “angel with the ice eyes”, sat innocent for murder for four years in prison and now opened another dark chapter in her life: Amanda Knox (34) had a miscarriage during the pandemic.

In her podcast “Labyrinths”, which she runs with her husband Christopher Robinson (39), the American spoke openly about her painful loss and burst into tears: “It was abdominal pain like I’ve never experienced. I was shaking. “

“It didn’t have a heartbeat”

Before that, during an examination in the eighth week of pregnancy, the doctors could not have heard the baby’s heartbeat, Knox says. Doctors advised the expectant parents to wait another week, as the child’s development was closer to that of the sixth week. “We went back a week later … and it hadn’t grown. It didn’t have a heartbeat, ”Amanda recalled the heartbreaking moment.

“I was speechless,” she admitted. To date, she has not noticed any of the telltale signs of a miscarriage.

Doctors advised Knox to use drug induction to get her body to reject the fetus. However, the prescription pills left her in terrible agony – worse than anything she had ever seen before, she said.

“At some point I thought I couldn’t take it anymore, I had to take painkillers. After half an hour I finally stopped shaking in pain. “

Knox continues: “I was incredibly disappointed that this was the story of my first pregnancy. And that it did not come true – not through my own decision – felt like betrayal. “

She had imagined her pregnancy to be much easier: “We thought it was a straight line from unprotected sex to the baby.” Her husband Christopher Robinson admitted: “We were sorely wrong.”

“Is it because of my time in Italy?”

After the miscarriage, Knox began to wonder if it was in any way to blame. She wondered if something had happened to her while imprisoned in Italy that could have caused fertility problems. “Why? Do I have bad eggs and never knew? Am I actually too old? Did something happen to me when I was in Italy? “

She did not specify which incidents in Italy could have caused a fertility problem. But in her book “Waiting To Be Heard” (2013), the American claimed that she was subjected to sexual harassment by a senior guard while in prison.

Amanda also claimed that medical staff gave her an incorrect diagnosis of HIV. After she was arrested in 2007, at the age of 20, she was forced to undress and spread her legs while a doctor measured her vagina.

The couple said on the podcast that they will try to become parents. Amanda vented her frustration over numerous pieces of advice: “(They told me) to take your time. I don’t want any time, I want to get back on track. Why can’t my body just work? “

The angel with the ice eyes

Amanda Knox became famous as the “angel with the eyes of ice”. With a cold look, she followed in 2009 as a court in Italy sentenced her for the brutal knife murder of her roommate Meredith Kercher († 21).

Kercher’s battered body with a cut throat and 47 knife wounds had been found strewn on the floor of her room. Half-naked, raped, bleeding to death.

Knox spent four years in an Italian prison – until the highest Italian appellate court acquitted her and her then boyfriend Raffaele Sollecito (now 37) for lack of clear evidence.

The European Court of Justice found it proven that Italy had violated Knox’s rights of defense.

Italy had to pay the former exchange student the equivalent of 10 367 euros in compensation. Knox originally demanded over half a million euros in a lawsuit.