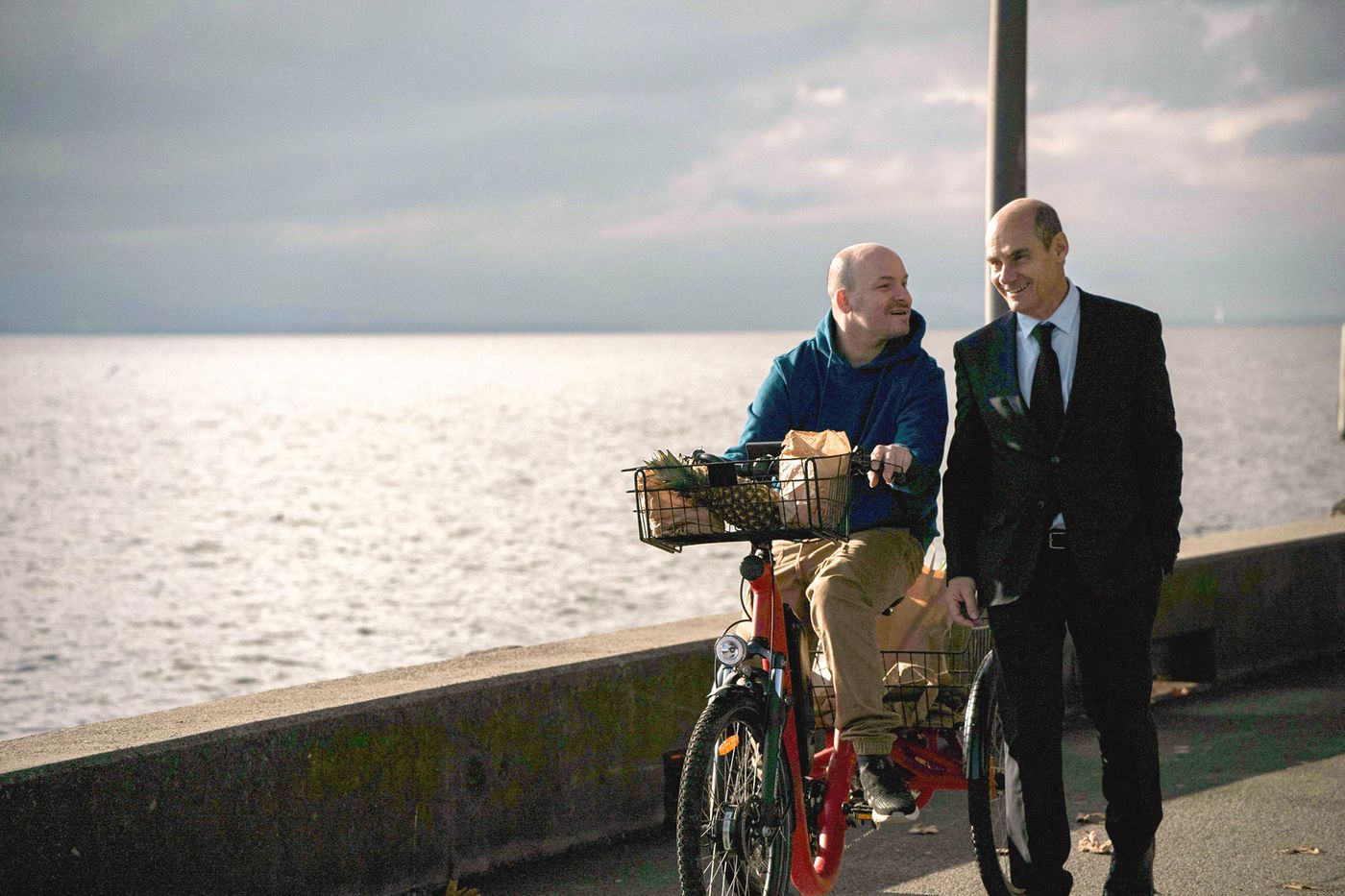 ” Almost “, this is what Igor, the character played by Alexandre Jollien, replies when a young woman tells him that he does not see his handicap and finds him normal. To explain this title, the philosopher turned screenwriter and actor refers to a sentence by Swami Prajnanpad: “No one lives in the world, everyone lives in their world. » And to specify: “This ‘almost’ is the gap between reality and what we perceive of it because of our projections, our expectations, our biases and our a priori. »

→ CRITICAL. “Almost”, on the way to freedom

The film, in theaters since January 26, recounts the meeting between Igor, a fruit and vegetable delivery man passionate about philosophy, and Louis, an “undertaker”. During a trip that takes them from Lausanne to the south of France, these two men, one prisoner of his handicap, the other of a past tragedy, learn about freedom together nicely.

Yes Almost so aptly evokes a common journey, it is certainly because it stems from a strong friendship. Eighteen years ago, Bernard Campan discovered Alexandre Jollien on a television show. The young author of man’s job explains that, according to Diogenes, to be a philosopher is to know how to free oneself from the gaze of others by dragging a herring behind one. He adds : “I always carry this herring with me. »

“Alexandre had touched me on a purely spiritual level”

Upset, Bernard Campan calls him in the days that follow. “Alexandre touched me on a purely spiritual level, he explains. I felt completely connected to him. It was also the first time that I heard someone who spoke of a philosophy that was not abstract, but rather an art of living that he put into practice. »

There followed numerous telephone exchanges in which it was a question of asceticism, spiritual research, exercises (not judging, accepting not to accept, etc.), doubts and hopes. “What was strong and rare was that there was no social veneer, remembers Alexandre Jollien who sees a sensitivity and depth behind the humorist of Les Inconnus. From the outset, we approached the themes of inner progress, judgment and death, but with a lightness very different from superficiality. » Their meeting occurs when the philosopher has just lost his father: “My father left and Bernard came. Our bond is of the order of friendship and fraternity, but there is still a paternal side. Age doesn’t matter. It’s more about mutual trust. »

Fifteen years ago, producer Philippe Godeau launched the idea of ​​a film that the two friends would write together. Attempts fail until, upon exitingUntouchables by Éric Toledano and Olivier Nakache in 2011, Alexandre Jollien says he is ready to play. The character of Igor can be built around him, with whom he shares the handicap, the long years spent in an institution and the passion for philosophy.

“But the big difference with me is that he’s socially disconnected, he specifies. A little left behind, he clings to the other like a lifeline. It is thanks to the meeting that he is born to life, just like Louis, whom Bernard plays. » Making this second character a funeral director allows us to approach the theme of death. “For Alexandre and me, she seems a normal subject, notes Bernard Campan. It seems surprising to us that it is not possible to talk easily with friends about death or the fear ofdead. »

“We lived through these disagreements without them shaking a friendship”

A tender and lively comedy, Almost succeeds in the unexpected combination of humor and philosophy. “These two concepts may seem contradictory, but their link, by bringing back to life, seems quite obvious to me”, emphasizes Bernard Campan. Alexandre Jollien continues: “Contrary to the spirit of seriousness, pose and posture, humor allows us to have a relationship to tragedy that does not paralyze us. It is a fragility because it shows that we are not marble statues, but a strength. The person endowed with humor offers no outlet, or less, for resignation. » If the film reflects the friendship of the two men well, writing and shooting it was not a long calm river.

“If you want to get angry with a friend, make a movie together!”summarizes Bernard Campan. More than the story, Alexandre’s concern was to inject philosophy into the screenplay. A painful stumbling block, when he was everyone’s compass. » Being directed as an actor was a difficult experience for the philosopher, who nevertheless impresses with his naturalness: “It awakened the traumas born of life in an institute, where everything was decided for me. » The duo agrees to recognize the overcoming of these difficulties, as expressed by Alexandre Jollien. “We lived through these disagreements, sometimes brutal, without them shaking a fundamental friendship, nor in any way offending a true love. »