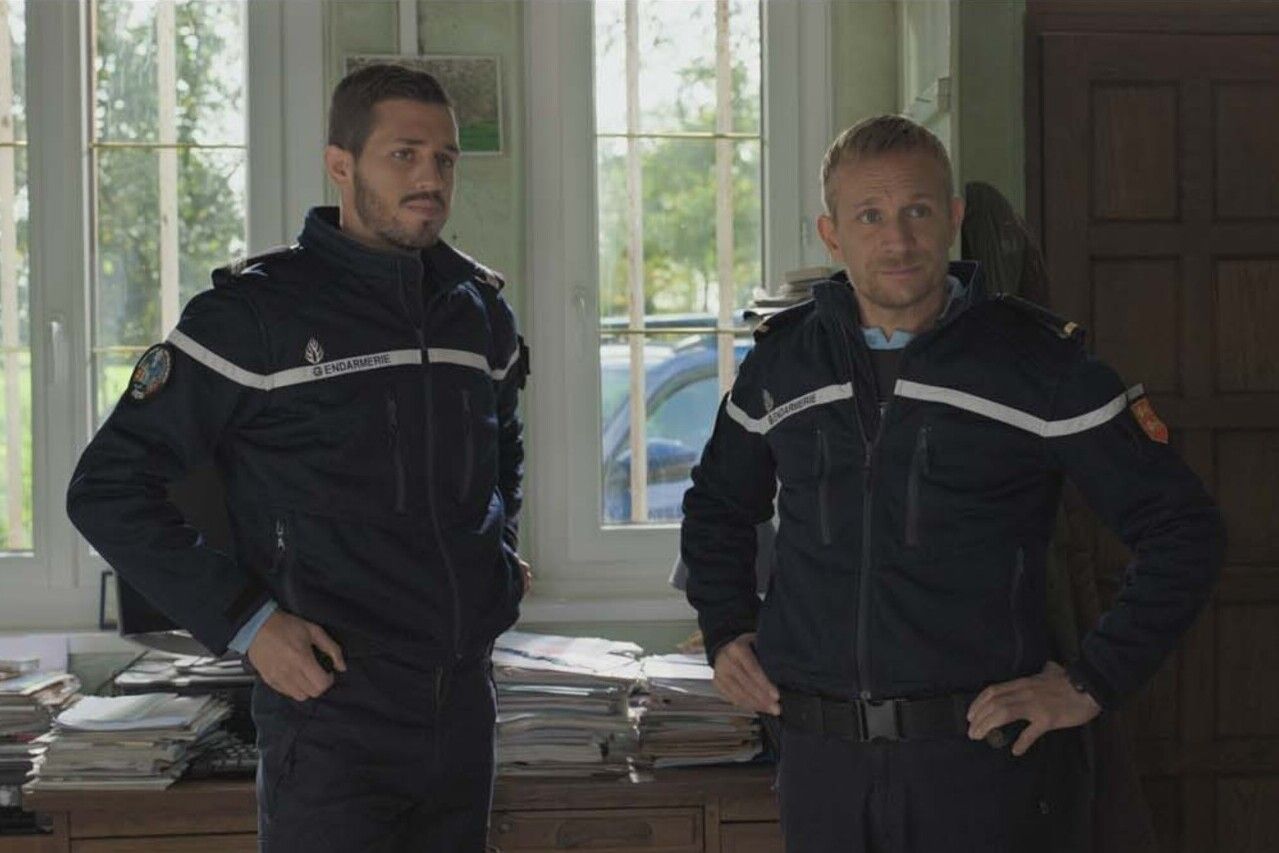 This story, Xavier Beauvois did not have “than to bend down to pick it up ”, as he says himself. Established for almost fifteen years in a farm in the country of Caux, in Normandy, the filmmaker knows all its facets. The amenities of course, linked to nature and proximity to the sea, but also the social misery that hides behind the postcard landscapes and makes the daily life of the local gendarmes.

They inspired him with the subject of his eighth feature film, shot a stone’s throw from his home, that of a brigade commander who accidentally kills a farmer on the verge of suicide and cast off to find the courage to forgive himself.

Two miscellaneous facts inspired the plot: that of a gendarme who shot a man in the leg to prevent him from committing suicide; and the death, in 2017, of Jérôme Laronze, a breeder from Saône-et-Loire, killed while he was rushing on the police in a gesture of despair. ” At the start, there are my conversations with the gendarmes. I asked myself: what would happen if one of them killed the one he wanted to save ?, explains the director. Putting myself in his head allowed me to buildmy character. “

The reverse side of the postcard

Laurent Sandrail, therefore. Commander of the local Etretat brigade, played by a Jérémie Rénier at the height of his maturity. An almost ordinary life, divided between his duty and a marital happiness just consecrated by the marriage proposal of his partner, Marie, with whom he has a 10-year-old girl nicknamed Poulette. In this half-rural, half-touristy region where couples come to have their picture taken in front of the splendid chalk cliffs, the backdrop is not always very shiny.

Suicides, domestic violence, incest, alcoholism constitute the lot of the work of the gendarmes. Not to mention the sometimes tense face-to-face meetings between farmers and a finicky administration. Following a check that goes badly, Julien, a routed breeder, flees with his rifle. Wanting to disarm him to avoid a fatal gesture, Laurent draws his weapon and fatally wounds him.

It is in this first quasi-documentary part that Xavier Beauvois is most convincing. Mixing professional actors and people around him (his wife, his daughter, a farmer friend and even his doctor!), He makes himself the attentive columnist of a difficult daily life, far from the subjects which monopolize the television sets. “I thought it was the right time to talk about the plight of my neighbors ”, he confides.

Storm under a skull

This desire for realism, the director fully assumes, including when the narration unfolds to the languid rhythm of the patrol evenings. Behind the scenes of the gendarmerie provide him with an ideal point of view on a country in full decay, where young recruits (Victor Belmondo and Iris Bry) and old truck drivers (Olivier Pequery) try to accomplish their mission as well as possible – to protect and not to punish – , and are crossed by concerns dear to the director (police violence, climate change, inequalities).

→ CRITICAL. “The Guardians”, the war of women

But Xavier Beauvois has a sense of dramaturgy and of this choral painting, he suddenly makes us switch to a last part, more intimate, focused on Laurent’s torments. Gnawed by guilt, he has no other choice to save himself than to flee in turn. He sets out to sea and follows in the footsteps of his ancestors, the Newfoundlanders, for a confrontation with himself and the elements that will decide his destiny.

With this “storm under a skull” with maritime accents which owes a lot, he admits, to his fascination with offshore navigation and the stories of Bernard Moitessier (South Sea Wanderer, Arthaud), the filmmaker changes register and borrows lyrical accents which make the story bifurcate in another direction. He is obviously less comfortable there. But this does not alter the general qualities of a film full of sensitivity and humanity, which owes a lot to the accuracy of its main performer.

To accompany the release of the film, the editions of The Round Table publish A world out of scope. Behind Xavier Beauvois’ camera. A look behind the scenes of the filming of the film signed by journalist Dominique Thierry and illustrated by designer Catel Muller. Between the logbook and the graphic novel, this chronicle is as interested in the members of the team, families and friends embarked on this collective adventure, as in the characters who inspired the story of the film or play in it. Like this beautiful portrait of Geoffroy Sery who took over the family farm at the Catelet farm and plays the role of Julien, the farmer in distress, or that of Suzanne Lipinska, a 91-year-old beginner who has long managed a residence in France. artists in Normandy, in the role of Laurent’s grandmother.