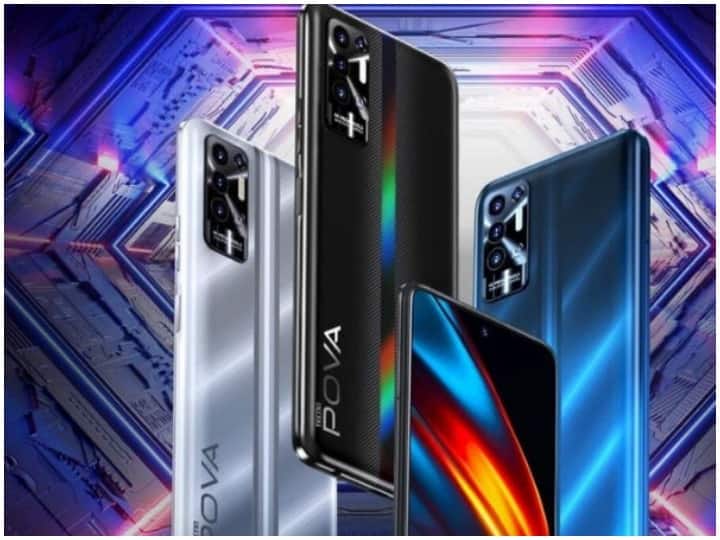 Popular smartphone company Tecno for budget phones has launched its new phone Tecno Pova 2 in India in comparison to Samsung. This phone has a powerful battery of 7,000mAh, which comes with 18W fast charging support. Earlier, only Samsung had given such a big battery in its phone. A 7,000mAh battery was given in the company’s Galaxy F62. At the same time, now Techno has launched a phone with the same big battery at a price of less than 15 thousand. Let us know its specifications.

Here are the specifications
Tecno Pova 2 smartphone has a 6.9 inch Full HD + display. This phone will work on Android 11 based HiOS. Octa-core Helio G85 an Octa-core processor has been given for performance. The phone has 6 GB RAM 128 GB storage.

camera
If we talk about photography, then the quad rear camera setup has been given in the Tecno Pova 2 smartphone, whose primary camera is 48 megapixels. Apart from this, 2MP macro lens, 2MP depth sensor have been given. At the same time, an 8-megapixel front camera has been given in the phone for selfie and video calling.

Battery
The biggest highlight of Tecno Pova 2 is its powerful 7,000mAh battery, which comes with 18W fast charging support. Techno claims that after charging it once, it can be used for several days. At the same time, features like Wi-Fi, Bluetooth, USB port have been given in it for connectivity.

This company became number-1, leaving behind Apple and Xiaomi, was the best in terms of smartphone shipment