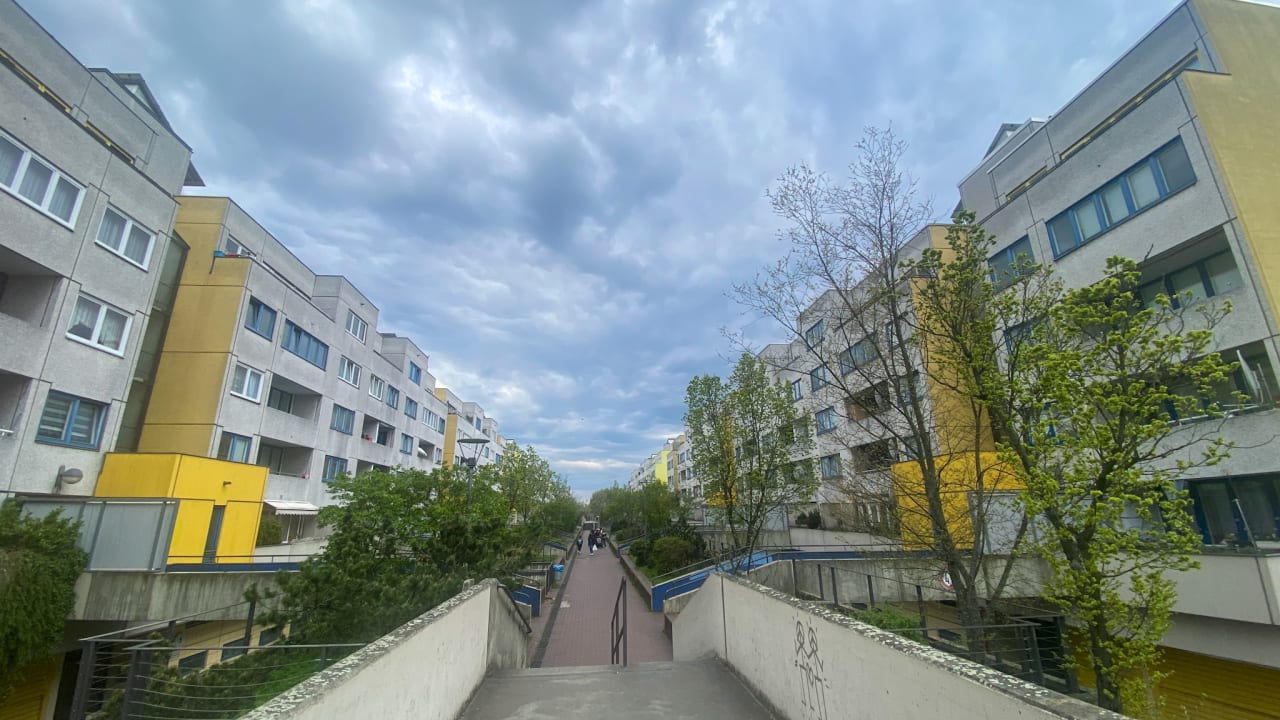 The high-deck settlement in Berlin-Neukölln was built in the 1970s on the edge of the divided city at the very end of Sonnenallee. Now the nested 2,400 gray concrete apartments are a social hotspot. Portions of the gangster series 4 Blocks were filmed here.

And when people took to the streets last week to demonstrate with riots and hate slogans (“dirty Jews”) for Palestine and against Israel, stones were thrown at police officers.

Falko Liecke (49), CDU city councilor for social affairs, to BILD: “There are always attacks on law enforcement officers, police officers and paramedics from there. Serious acts of violence, burning garbage cans being pushed onto Sonnenallee. The image that Neukölln paints with open hatred of Jews is terrible.”

In his new book “Brennpunkt Deutschland”, Liecke described how some residents of the High Deck settlement talk to the police with sentences like: “These are our streets, piss off here. I f…e your mother, you h…son. Allahu akbar.”

BILD was there. A couple of boys, around ten years old, are romping around the stairs, up and down stairs, along high, leafy paths that lead across the streets. If the police here try to apprehend a criminal, they rarely succeed. There are too many ways out.

“A group of around 20 young people, from whose direction the fire was perceived by the forces, escaped undetected in Von der Schulenburg Park,” said a police report on the incident.

“This used to be a good area”

A young resident, himself of Arabic origin, says: “This used to be a good area. Now everything is broken. It doesn’t work for young people at school, so they go out and look for stress. They often meet back there by the yellow benches by the soccer field.”

Hatred of the police is great among some. “Police officers with a migration background in particular try to prove to their colleagues that they are particularly tough and uncompromising,” says the young man. “That leads to even more rejection from my neighbors.”

After the stones were thrown, the police were present for several days with a large contingent – around 50 emergency services, who lined up with squad cars. “They checked IDs and tried to catch the perpetrators. But that’s hard here in this labyrinth. It’s like a mystery for the officials,” says the resident.

Members of extended Arab families also live in the houses, but they are mostly quiet. “They do their business in other quarters, in Wedding, in Charlottenburg, not here, where they live.”

A Balkan shop, an Arabic mini-market and an Asian restaurant that follows Muslim dietary laws can be found on a central square in the district, the Sonnencenter. Many shop windows are empty. Four young people have sat down in front of a breakfast café and are talking, it’s the last day of vacation.

“I swear I’ll never go to school again,” says one, while German rap blares from a mobile phone loudspeaker in the background.

Then a 14-year-old comes along and talks about the police operations. “Yesterday a detective ran after us. The police are checking every day now,” he says.

“Are you a detective?”

His gaze falls on the BILD reporter sitting at the next table. “Are you a detective?” he asks. “No, I’m a journalist. I came here for the stone throws. Did they have anything to do with the Palestine demonstrations?” The youth: “We are all Lebanese. Israel, I’m fucking her sister.”

Finally someone says, “Come on, let the yellow ones go.” They then walk over to the yellow benches at the soccer field.

A short time later, a 25-year-old man walked across the sun center square. He punches a tin garbage can with all his might and screams for no apparent reason: “I f**k your mother!” No one looks at him, no one wants to get his anger out.

The Berlin police said there were six short-term “deprivations of liberty” after the stones were thrown. “The stones were thrown at the police officers apparently in connection with the Palestine demonstrations on April 18th and 22nd. Stones were thrown each time. There were two slightly injured officers. Advertisements have been made to attempt dangerous bodily harm,” says a spokeswoman for BILD.

One reason for the increased police presence, according to the spokeswoman: “There was a so-called follow-up supervision after the meeting on Friday, because the participants in the demo, who were very emotional, had to be calmed down.”

There is no end in sight to the problems in the High Deck settlement (6,000 residents). As early as 2007, half of the residents on state transfer payments lived here, and the trend is rising. And structural changes have recently been prevented by monument protection.

City Councilor Falko Liecke: “The settlement is dilapidated, not attractive for a mixed population. The monument protection was carried out clandestinely during the pandemic. This condition was manifested. In Denmark, such a settlement would have been demolished and rebuilt.”

According to Liecke, there could only be hope with more funds, more grants. “The children and young people have to be picked up. It would take a massive expansion of social work. And more police presence. But the responsible police station cannot do this alone. The country would need to prioritize that.”