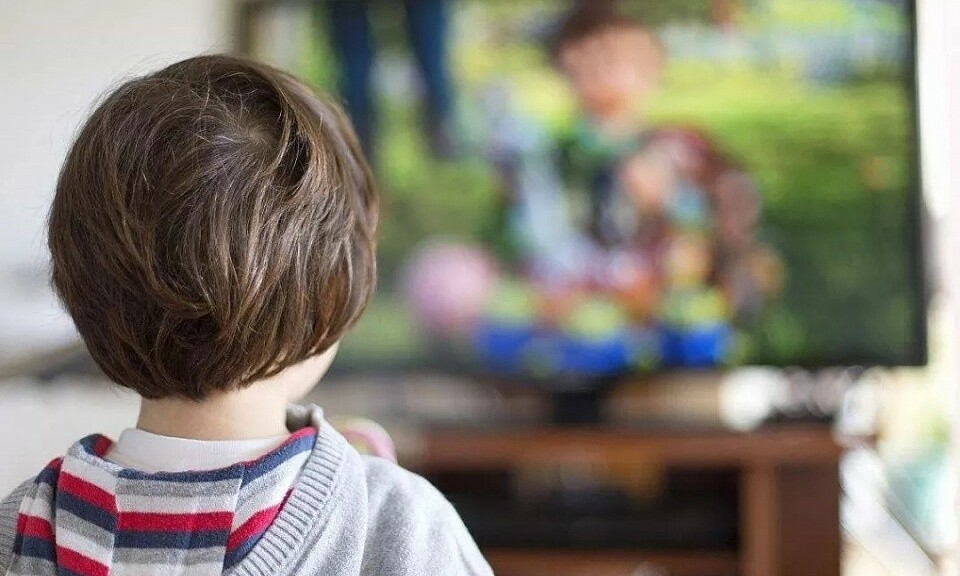 Parents today are very afraid to show their children TV. Many people cut cables, set television passwords, or even … hold television remote controls so that children can not turn on the television at home.

Today, the television is considered the “savior” of many parents. Whenever children feed, when adults want to do laundry, cook … they turn on the television so that they can work with peace of mind, because the child will sit in front of the TV without going anywhere. Some argue that it is good for children to watch TV, because they don’t play other unsafe games, and learn a lot of good things.

So, should children watch TV? From a scientific perspective as well as from the perspective of experts, watching television has its own benefits and harms.

Even British education expert Martin Lowson said: “If you can keep your kids from watching TV before the age of 12, this will be beneficial throughout their lives.”

When children watch TV, they appear attentive and focused, but in reality, they do not actively mobilize muscle groups that control focus. It is merely a state of overstimulation, which will destroy the ability to concentrate.

When children watch TV, they only absorb one way, there is no communication and response. Therefore, children will not be able to accurately judge the value and scale of the event. If a child does not have an accurate understanding of themselves and is not communicating well with others, he or she may not have a high EQ.

Studies have shown that children who watch TV, smartphones … for more than 5 hours a day have a clear correlation with anti-social violence. On the one hand, children are influenced by bad TV content, so they unconsciously imitate them. On the other hand, because children lack the education and supervision of their parents, they have unusual behaviors.

Children sitting still while watching TV will accidentally reduce their active time greatly. If the child does not exercise for a long time leading to low calorie consumption, the body slows down. If children abuse snacking (watching while eating), the body will gradually lose its beautiful shape and become more and more unhealthy.

Some children tilt their necks while watching TV, which can easily cause squint. The light of the TV and the picture change too quickly will affect the child’s vision.

If you let your child watch TV before going to bed, he or she will become extremely excited, the brain can not rest and calm down. This will interfere with your child’s sleep, prevent them from falling asleep and are more likely to experience nightmares after sleeping. Therefore, when you wake up in the morning, the child will be exhausted.

So what is the benefit of children watching TV?

In 1997, scientist Morlin conducted a series of memory experiments on children from grades 4 to 6. He asked children to memorize some news documents, and found the effects of internal memory. content through watching TV is better than memorizing through reading.

Many children have difficulty memorizing texts. However, they easily remember the advertisements with attractive lines. Because the animation on the TV is clear and vivid, it makes it easier for children to understand, children easily remember with pictures rather than words.

Scientists also found that when children of school age, when watching science and educational channels, their language development level improves significantly. Learning foreign languages ​​by watching TV or technology products is better than not using them. A number of programs for children are produced that also contribute to better behavior and habits.

As a child, children cannot go anywhere. So we can let children learn about the world’s animals by watching “Animal World”, or simply learning different methods of origami. Many classic cartoons serve to provide a foundation for learning new knowledge in school. Hence, parents can show their child meaningful variety and children’s programs.

How to watch TV properly?

Actually watching TV is nothing to worry about, it is worrying that you do not care about your children, let them watch TV without rest. The things you need to do are:

By limiting time, eyesight, sleep and concentration will not be affected, because children have enough time to exercise, move …

Content of watching TV should be limited, so children should not watch programs with lots of inappropriate content. Children are subjects like to imitate, if they watch a negative video, it will seriously affect the child’s behavior development.

It is best to show your child some science programs, some variety shows for their outdoor activities, that can enhance their knowledge. Children can also watch cartoons, but parents should check first to see if the content is appropriate.

Parents can sit together and explain content on TV to children. As a result, children can understand more deeply the contents that they do not understand. Thereby, the child expands some knowledge from parents to develop mentally.

Watching TV with your child also helps you to adjust the channel in time when you encounter a program that is not suitable for your child, to avoid learning bad habits. However, be sure to clearly explain to your child why he or she can’t watch the show, so he or she understands.