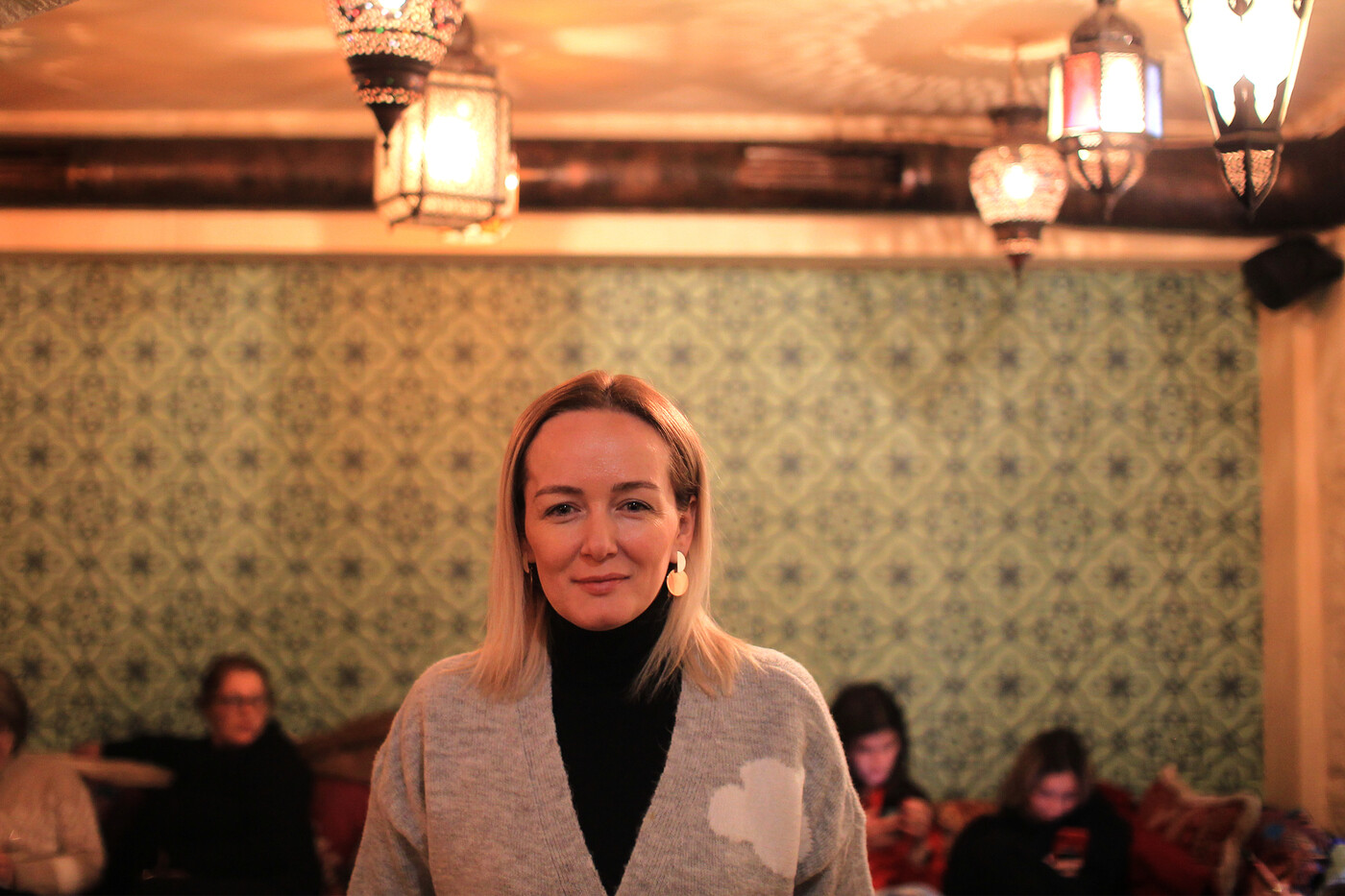 “Kosovo is a small country with a lot of prejudices. “ The patriarchy, Adriana Matoshi has had it, like all Kosovars. Actress and divorced, she was quickly cataloged “Easy woman”, label authorizing at best the saucy, at worst blackmail. But nothing deters her from tracing her path. And, at 41, it’s an understatement to say that the newly elected MP actress has rolled her bump.

When she fled the war in early 1999, Adriana found refuge in the Stenkovac camp in North Macedonia. She is 19 years old and hastens to marry her lover, with the hope of moving to the United States. “The war ended without being able to leave. “ The couple return to Kosovo and Adriana gives birth to the first of four children who are now 20, 16, 11 and 9 years old. “I wanted a lot of children, so that they didn’t feel the lack that I suffered as an only child of not having a brother and sister. “

Her parents give up their small shoe factory in Gjilan, in the south of the country, to come and take care of the offspring in Pristina while Adriana is studying at the drama faculty. “As a child in Gjilan, I went to the library, to the theater, to the cinema. I was fascinated by the big screen, I was 8 or 9 years old when I promised myself that one day I would be on this big screen. I never changed my mind. My grandmother used to say to me: “You are my artist”, but she died before I asked her why. “

During her fourth pregnancy, Adriana loses sight in one eye. Diagnosis: brain tumor. “I had to give birth by caesarean section and I was operated on afterwards. It was very hard but I thought about my next film. ” Adriana regains her sight. “A real rebirth. “ Except that her relationship is in trouble and she divorces. “When my career climbs, my life plummets”, she sums up.

A film in tribute to women raped during the war

Because, in recent years, Kosovar films have taken off. And Adriana Matoshi with it! She went on to shoot and won awards for best actress at the Southeastern European Film Festival in Paris, the Mostra in Valence (Spain) and the Sundance Independent Film Festival (United States), notably for Cold November on the disintegration of Yugoslavia, or lately for Zana, on women raped during war, in tribute to the director’s mother and sister killed during the conflict. “This film disturbed me a lot, I had a hard time coming back to myself”, she emphasizes.

Even if she is a real star in her country, in Kosovo we do not live on the seventh art. “There are a lot of talents in Kosovo, but neither the conditions to express themselves, nor the budgets. “ She becomes manager of the Dar Tea Room, a cafe with a Moroccan atmosphere.

This is where she receives. “In my life I have been hungry. Worrying about being able to feed everyone has chased me for years. I have had my share of suffering but I have never shown a sad face. ” And she never thought of giving up the cinema.

Making the voice of women heard in Parliament

It is precisely this hard-hitting actress, this beating and liberated woman who today lives with a young black footballer – which once again clashes with prejudices – that Albin Kurti, the new Kosovar leader, of the reformist party Vetëvendosje (“Self-determination »), Asked to become a member of Parliament. Like Vasfije Krasniqi-Goodman, another elected member of this group, raped at 16 during the war, who has become the voice of women who have suffered the same fate and to whom justice has never been done.

In Kosovo, Catholics cultivate their Albania

The party which is to take the reins of the country for the first time, after its triumph in the parliamentary elections on February 14, has promised a new era for Kosovo, a merciless hunt against the corruption and organized crime that have flourished in the country. favor of the parties created by the former guerrillas who have taken over the country since the war. Adriana Matoshi and Vasfije Krasniqi-Goodman embody the new faces of the young country which wants to make a new start.

“I would never have considered entering this unknown world of politics. I have been heavily criticized on social networks. “ But after reflection, Adriana Matoshi said to herself that given the roles she had played and her personal history, she could make the voice of women heard in Parliament. “I want to be able to defend all the women who cannot live as they would like, she sums up. There is a lot to do for women victims of violence. ” Above all, she wants to believe that“It’s time to put smiles on the Kosovars.”

His inspiration. The breath of his family

Without her family, Adriana Matoshi would never have been able to overcome all the obstacles of life to become an actress. His parents gave up their lives in Gjilan, in the south of the country, to come and assist him in Pristina, the capital. “Me and my children, we are everything for them”, she sums up. Even today, they take care of her four children.

From her beloved grandmother, Adriana says she learned the patience and endurance that made her never give up. And from her mother she got this inner strength that made her unshakeable: “My mother has always had complete confidence in me, convinced that on my own I was strong enough to lift a truck. My father, worried about the future of his factory and his shoe store, saw me become an economist. But my mother said to me: “Go ahead, go for it, live your life !””