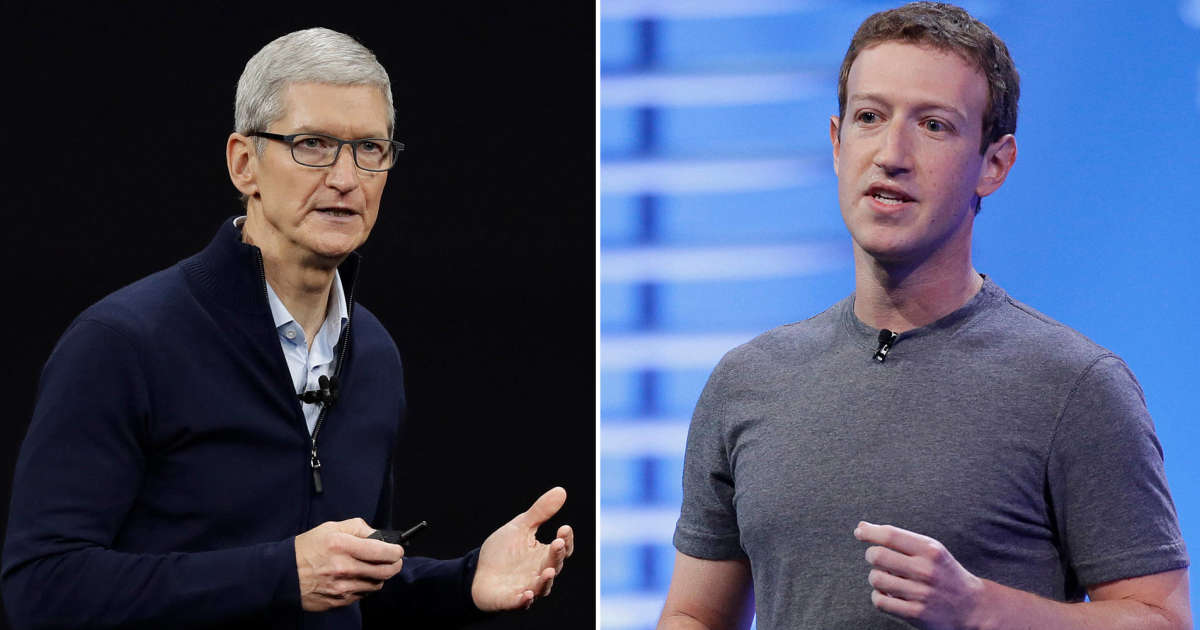 Facebook has reportedly been preparing a case for months to take legal action against Apple and its practices perceived as anti-competitive, as tension mounts between the iPhone maker and several large companies.

The social media giant has called in a law firm to prepare a complaint that would accuse Apple “To abuse its power in the smartphone market to force application developers to follow AppStore rules that Apple’s own applications do not have to follow”, according to an article published by the site The Information Thursday, January 28.

The latest update to Apple’s iOS mobile operating system, scheduled for this year, will require app publishers to be transparent about the collection and use of users’ personal information. They will also need to ask users for their permission to track them, an essential feature for ad targeting.

However, application developers, from social networks to video games, including e-commerce, entertainment or office automation, have no other choice but to go through the AppStore, the download platform for ‘iOS, to reach the hundreds of millions of consumers with iPhones and iPads.

One of his “biggest rivals”, according to Zuckerberg

“As we have said many times, we believe that Apple is behaving in an anti-competitive manner by using its control of the AppStore to generate more profits and at the expense of small publishers and small businesses.”, reacted a spokesperson for Facebook for AFP, without confirming a possible complaint in preparation.

“Apple has every interest in using its position as a dominant platform to interfere with the way our apps and other apps work. And they do it regularly, prioritizing theirs to the detriment of the growth of millions of companies around the world ”, was carried away Mark Zuckerberg, the boss of the Californian group, during the presentation to analysts of the quarterly results the day before.

“The changes to iOS 14 mean that many SMBs will no longer be able to target their customers with personalized ads. Apple can say they are doing this to help people, but it is clearly in their best interests. “

The billionaire now sees his neighbor as one of his “Greatest rivals”.

Tim Cook, the boss of Apple, has the same for him. During a conference Thursday in Brussels on data privacy, he attacked Facebook without naming him, condemning “Algorithm-fueled conspiracy theories”, according to comments reported by the American press.

“Based on the ability to deceive users”

“We can no longer close our eyes to the theory that all online interactions are good, and the longer they last the better”, did he declare. “If a company is founded on the ability to deceive users, on the exploitation of data, on non-choices, it does not deserve our praise. She deserves our contempt. “

The business model of large digital platforms like Facebook and Google is based on free services and very fine-grained ad targeting on a very large scale. Apple, their neighbor in Silicon Valley, derives its income from sales of electronic devices and also from online subscription services (storage, music, etc.).

In Gafacratie, the winner wins everything

Facebook is not the only one to do battle with the apple brand. Several companies have criticized it for years for the commission it levies on consumer transactions made through the AppStore, which can amount to 30%. Epic Games, the publisher of the popular “Fortnite” video game, tried to bypass the iOS payment system: Apple banned the application from its devices until the summer of 2021. A lawsuit is underway.

Why the app battle challenges Apple and Google’s monopolies

The Cupertino group regularly puts forward its concern to protect data confidentiality and a level of commission equivalent to that of other platforms, including that of Google, necessary to ensure the security of transactions.

US authorities accuse most of the tech giants of abusing dominance in various industries. Lawsuits have already been initiated against Google and Facebook.