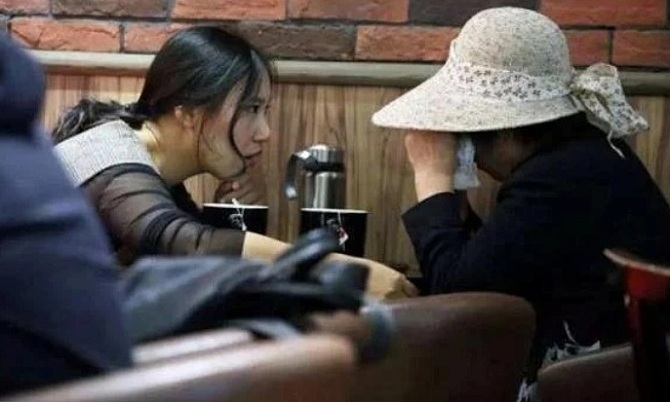 Wang Zhenxi makes his profession by personal experience. Her father cheated on her mother when Wang was an adult, so she understands the negative effects of having a third person interfere with family happiness.

Wang herself was also betrayed in her marriage. Her ex-husband married her to please his parents, while still loving his ex-girlfriend. After the wedding, he and his ex fell in love again. Knowing that he was deceived, Wang filed for divorce.

While on a mission to negotiate with people who interfere with other people’s family happiness, Wang always remembers: Love makes us blind and lovers are no exception. She tries to get close to the target, making them realize their mistake or “the real face of the man who cheats”.

Initially, she confirmed the lover, monitored to know this person’s habits and tried to approach and befriend her.

She believes being a third person is not pleasant. The “small tam” only want to be public with very few people. Wang and the professionals will use many arguments to advise them to end the relationship. The arguments given depend on the mistress’s status, such as whether she has a husband or children or how long she has had an illicit relationship.

Sometimes, Wang had to ask her family and friends to convince her to end the relationship.

Other times, she uses psychological methods and tactics inspired by Sun Tzu’s Art of War, to separate lovers and men, causing them to break up. In some cases, Wang introduced “small tam” to other single men to make them realize they had better options instead of ruining other people’s family happiness.

However, the probability of success is usually very low. In some cases, after analyzing, she found that the chance of success was less than 60%, she would refuse the customer, return the fee.

After the blockade order, Wang and the people who worked to convince the mistress were suddenly busy because of the high number of customers. She constantly moves between cities, helping betrayed women. The reason is that staying at home for a long time causes many couples to quarrel and have no solution.

“I convinced about 800 mistresses in a year,” Wang said. This achievement helps her to become one of the skilled workers, receiving higher wages than many colleagues.