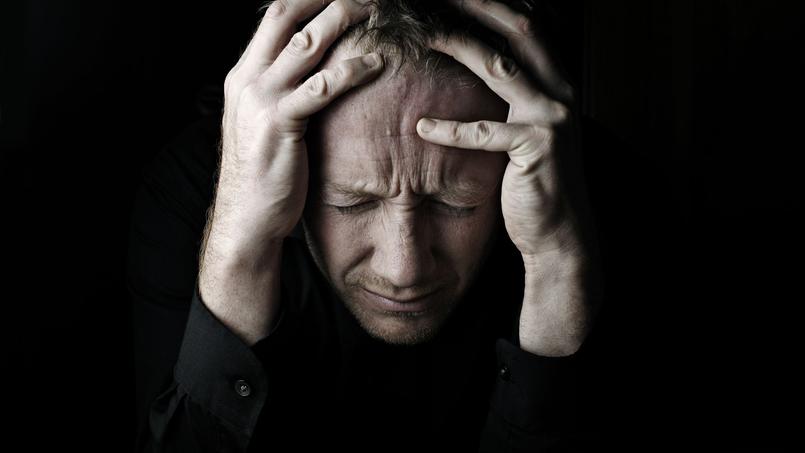 Mainly caused by a traffic accident or a fall, head trauma can lead to brain damage. How do you know if a shock to the head is serious? What are the consequences?

Daniel was pruning the lime tree in his garden… That’s all he remembers after “waking up” lying on the lawn, with a big bump behind his head. “I imagine the ladder slipped because it was on the floor next to me. Fortunately, she didn’t fall on me. ” More fear than harm then, but Daniel admits that this fall has “Well shaken”. In France, each year, more than 150,000 people are victims of a cranial trauma, that is to say of cerebral suffering caused by a more or less violent shock to the head, during a fall, traffic accident or abuse (shaken babies).

Who are the people most at risk?

The people most at risk are men, young children (0-4 years), young adults (15-24 years) and people 65 and over. Indeed, the older we get, the more vulnerable we are. The incidence of head trauma in people aged 75 and over is thus doubled in men and almost three times in women compared to 65-74 year olds.

What are the consequences of a shock to the head?

The consequences are more or less serious, from a simple bump, which resolves spontaneously, to a coma. Concretely, a shock to the head can lead to two types of cerebral damage: either the brain has struck the cranial box (the bony cavity which protects it) or it has moved inside it as a result of ” sudden braking (acceleration-deceleration phenomenon) or a strong jerk (shaken baby). In both cases, this results, at a minimum, by a confused state (one is “stunned”) or a loss of consciousness, and more rarely by a coma.

“The most dreadful consequences are a compression of the brain, in particular of the median region (zone of arousal) or lesions in the cabling system”, explains Dr Edwige Richer, neurologist specializing in physical medicine and functional rehabilitation, president of the Aquitaine Cranial Trauma Network (RATC).

In the first case, the shock caused internal bleeding, i.e. an effusion of blood between the skull and the brain, or edema due to an accumulation of fluid in the brain cells which causes “Swell the brain and prevent neurons from functioning”.

In the second case, the axons, “cables” that transmit electrical signals between neurons, have been stretched or sheared and the transmission is no longer taking place correctly. When these brain lesions are irreversible, they lead to physical (hemiplegia, loss of speech, motor skills) and neurological (personality change, exacerbated character traits, fatigue, epilepsy, significant cognitive disorders, depression, neurosis, psychosis, etc.). ). The whole family and those around the victim are also affected.

Whatever the type of attack, the person always suffers from a definitive amnesia of the shock: he does not remember the accident, because the memories could not be encoded. If there has also been a loss of consciousness, this is also always followed by post-traumatic amnesia which can vary from a few minutes to several hours. Even if the person is able to give their name, age and address, they may well not remember what happened after the accident.

Amnesia in all traumatized

Dr Richer remembers this biker run over by a car, who filled out an accident report, but who, an hour later, asked what had happened to him. Sometimes even the person who has suffered a head injury may have forgotten what preceded the shock: for example, they no longer remember climbing a ladder or leaving their home by car. This is called retrograde amnesia.

Another constant sign in so-called “light” head trauma: post-concussion syndrome. The person suffers from balance, memory, concentration, sleep, fatigue, irritability, headaches, positional dizziness of varying degrees of importance. This set of signs usually goes away gradually over the next month, but it can last.

How do you know if a shock to the head is serious?

“The severity of a head trauma actually depends on three criteria: the duration and depth of the initial loss of consciousness, the duration of post-traumatic amnesia, and the presence or absence of brain damage.”, emphasizes the neurologist. The management varies according to the severity of the disorders.

READ ALSO »Head trauma: how am I feeling?

If the person was not unconscious or the loss of consciousness was brief, he will be advised to be vigilant in the face of any appearance of unusual symptoms. In the presence of headaches or pain, analgesics will suffice while waiting to consult your doctor in the following days.

If symptoms persist for more than a month after the accident, he may prescribe rehabilitation with a physiotherapist, possibly psychological support when the post-concussion syndrome has become invasive. “In mild head trauma, when this syndrome persists for more than 3 months, there are usually other factors that reinforce it, observes Dr Richer. The person was going through personal or professional difficulties at the time of the accident which only accentuate this syndrome which takes up more space. “

In severe cases, when the person has been taken to the emergency room, she will undergo a clinical examination and a brain scan. If the imaging test reveals hemorrhage or edema, administration of drugs or surgery under general anesthesia will be necessary to evacuate the effusion of blood or puncture the hematoma. The person in a coma will be hospitalized in intensive care for as long as necessary.

When she comes out, she will have to do long months of rehabilitation with a multidisciplinary team: speech therapist, physiotherapist, occupational therapist, specialist in physical medicine and rehabilitation … This work, necessary to try to recover her physical and cognitive faculties, can continue for several years. This is because functional brain circuits damaged by the shock will start working again.

As for irreparably destroyed cells, their absence will in some cases be overcome. “Thanks to the rehabilitation, we will call on other non-specialized neurons, which will gradually change their role, take over from the destroyed neurons and assume their functions,” says Dr Richer. They will never perform as well as the initial neurons, but with a lot of stimulation, progress is observed, even years after the head injury. “