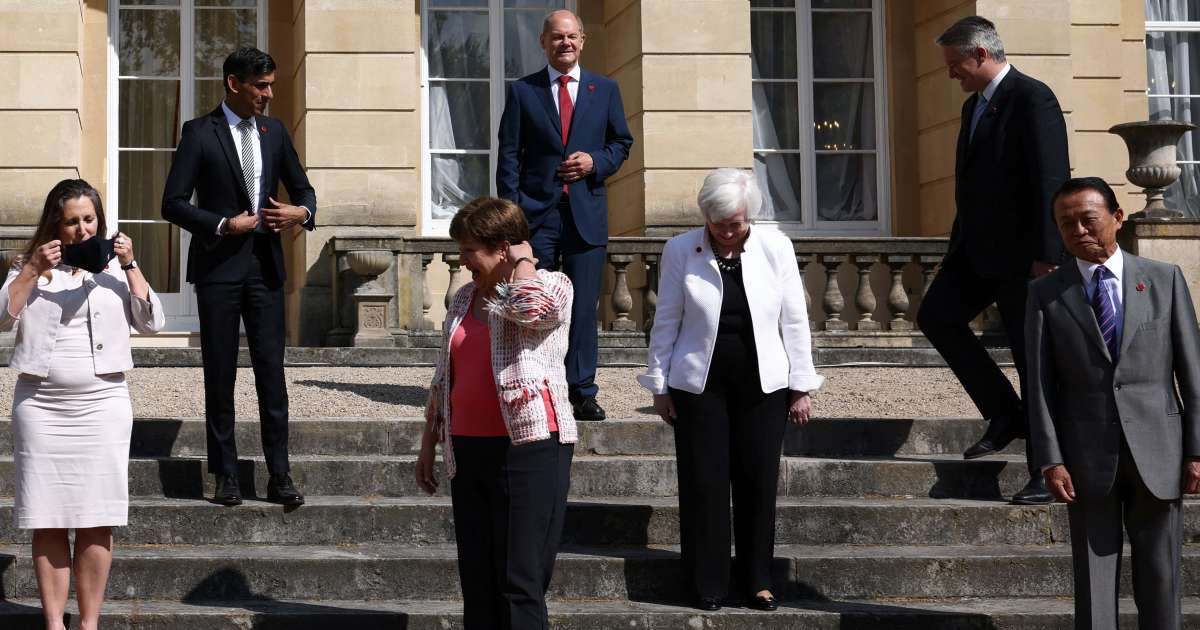 The G7 Finance has committed to the goal of a minimum global corporate tax rate“At least 15%”, according to a joint statement released on Saturday June 5 after a two-day meeting in London.

The main points of the G7 Finance in London

This agreement of the Group of Seven Great Powers has been called“Historical” by the Chancellor of the Exchequer Rishi Sunak who chaired the meeting as the organizing country of the G7.

The Compromise of the Seven (United Kingdom, France, Germany, Italy, Japan, United States, Canada) with a view to global tax reform “Adapted to the digital age”, as described by Rishi Sunak, thus sends an important impetus for the G20 meeting to be held in July in Venice, where a more concrete agreement is expected.

The final text of the press release obtained by AFP also mentions the commitment to a better distribution of the rights to tax the profits of large multinationals, mainly digital and American, second “Pillar” of the reform put forward by the OECD and including nearly 140 countries.