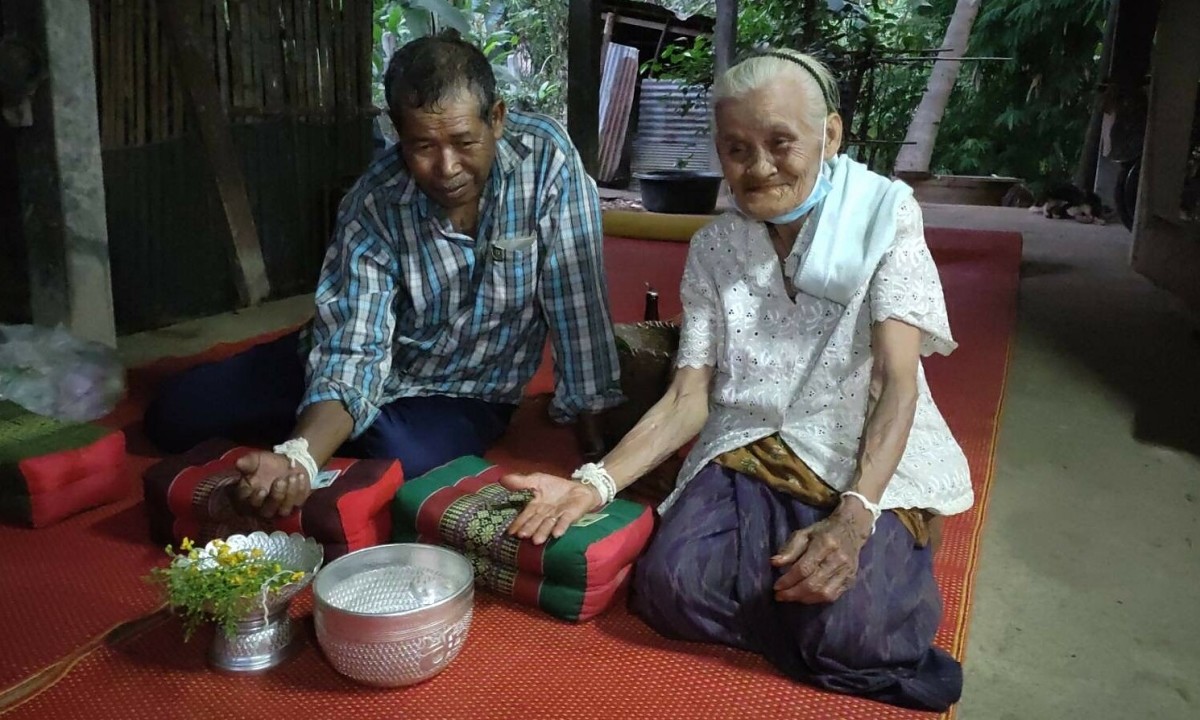 ThailandAfter 10 days of knowing each other, Mr. Nuan Mala decided to marry a woman over 11 years old, on June 11 in Pak Chong village, Phetchaburi province.

The bride Pueng Chamkham, 83 years old, is from the same Long Sak district.

First meeting while working on the hillside in early June this year, the 72-year-old man said, he fell in love with this woman and decided to “take her back to the palace”.

“As soon as I met Pueng Chamkham, I believed that this is a woman who wants to live together and take care of her for the rest of her life,” said Mr. Nuan Mala.

The wedding took place very simply, without gifts or parties. The couple wore normal clothes, the wedding gift was the motorbike Mr. Nuan Mala brought as a means of transport. In the presence and blessing of neighbors and relatives, the couple performed the traditional ritual of tying the thread to the wrist.

Mr. Nuan was once married and had 3 children while Ms. Pueng Chamkham had never been married or had children. Their marriage attracted the attention of Thai public opinion. Most congratulate them and express their admiration.

Before that, in 2016, the wedding of Mr. Zhengm, 71 years old and Mrs. Zhang Shuying, 114 years old, in China also attracted attention. The couple met in a nursing home, after a year of marriage.