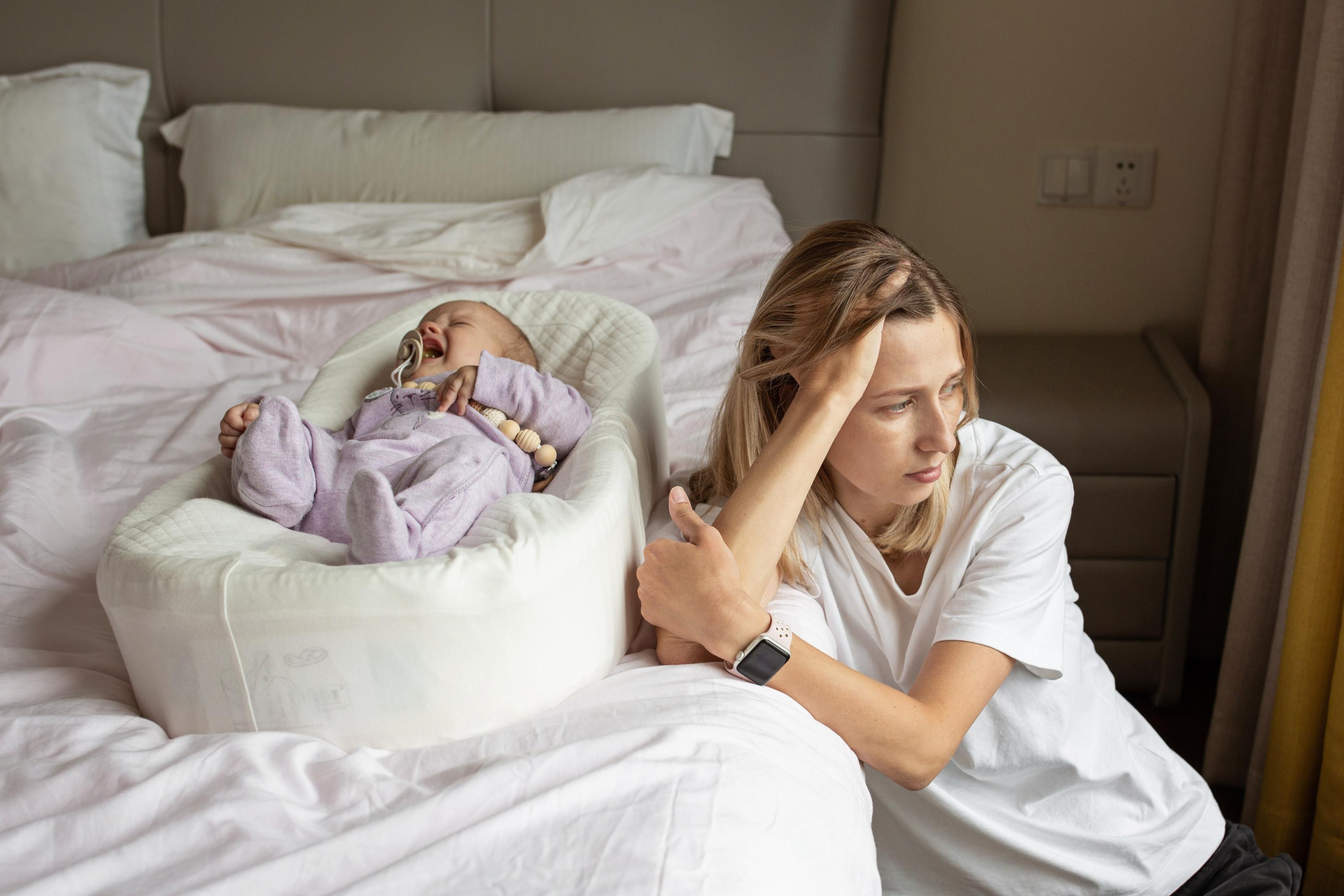 Finding out about your pregnancy late when you don’t feel any signs of it is a less rare phenomenon than you might think, but it remains poorly understood.

Carrying life in your womb without being aware of it… As unlikely as it may seem, this phenomenon, called “pregnancy denial”, affects 1 in 500 women, according to the French Association for the Recognition of Pregnancy Denial (AFRDG) . It is often by a fanfare arrival at the emergency room or during a routine medical examination that these women learn that they are going to be a mother when they did not suspect it. But how is the body able to make an upcoming pregnancy invisible?

What is pregnancy denial?

According to the definition unanimously accepted by the medical profession, a denial of pregnancy is “ a pregnancy that evolves without the woman’s knowledge, that is to say that she does not know herself pregnant,” says Prof. Israel Nisand, obstetrician-gynecologist, head of the maternity department at the American Hospital in Paris and co-author, with Sophie Marinopoulos, of the book They give birth and are not pregnant (editions The bonds that liberate2011).

Nausea, weight gain, swollen belly, absence of menstruation (amenorrhea), breast tension, fatigue and frequent urges to urinate… all these signs that can accompany pregnancy then go unnoticed. Even the baby’s movements, usually noticeable from the 20th week, “ are not perceived or are interpreted differentlyexplains the doctor. Often the mother will tell herself that she has digestive problems or abdominal pain without suspecting the existence of a fetus. »

Until now, a distinction was made between partial denial of pregnancy, where the woman discovers her pregnancy after the first trimester, and complete denial of pregnancy, which would extend until childbirth. But for Israel Nisand, this categorization “ doesn’t make sense because it assumes that the severity of denial is measured by its duration. “ When we speak of partial denial, this could imply that the psychic condition is less serious, which is false. I prefer to say that there are different clinical forms of denial, discovered more or less late “.

” READ ALSO – “I discovered that I was pregnant at 5 months”: how to explain the “denial” of pregnancy?

What are the causes of pregnancy denial?

“ The cause is often multifactorial “says Israel Nisand. Denial of pregnancy can result from childhood trauma such as sexual assault, but this is quite rare. In this case, the psychic pressure is such that the woman “ repress » the very idea of ​​considering a pregnancy, because it is associated with immense suffering.

But in most situations, the origin is not pathological. It comes rather from an anguish at the idea of ​​giving birth, carrying a child or becoming a mother. In addition, if the pregnancy occurs at an inopportune time, there is a good chance that the woman is preoccupied with other events in her life, so that her body masks any sign of pregnancy, explains Philippe Deruelle, professor of universities and hospital practitioner of gynecology and obstetrics at the University Hospitals of Strasbourg. ” One of my patients found out she was pregnant after 5 months. It just wasn’t a good time because she had just been laid off. She was well aware that she had gained weight, but she blamed it on poor nutrition because she could no longer afford the food she was used to. »

” READ ALSO – Denial of pregnancy: no one is immune

What mechanisms are at play?

Somehow, the brain continues to drive physiological processes as if nothing had happened. “ In particular, the woman will continue to have periods because in the uterine cavity, just below the egg, there is mucous membrane which peels off and causes slight bleeding. Equally surprisingly, her figure will remain unchanged. For good reason, until the moment when the denial is lifted, the future mother tenses the muscles of the abdomen permanently and this, without realizing it. This forces the uterus to remain upright in the belly, pushing and pushing the intestines, diaphragm and lungs upwards. The body finally frees itself when the mother becomes aware of her condition.

“ When these women are told they are pregnant, often during a routine checkup, they finally let their uterus appear within hours. “says the doctor.

Does the pregnancy test come out positive?

It is also important to note that a pregnancy test will always be positive because, denial or not, the mother secretes beta-HCG hormone, a hormone produced in early pregnancy when the egg is in implantation. The problem is that in the absence of doubt, the likelihood of the woman taking a test remains low.

Is it dangerous for the baby?

For forms of denial that last until delivery, the immediate risk is the death of the infant at birth. Usually, during a delivery, a caregiver lowers the baby’s head back so that the front shoulder sticks out. When a woman finds herself in the rush to give birth alone, she will tend to pull her head forward (because she can’t help it), which risks engaging both shoulders at the same time. in the basin. “But this diameter does not pass and continuing to shoot on the head can kill the child“.

Another risk of denial is the lack of contact between mother and child during pregnancy. In other words, a mother who doesn’t talk to her baby, who isn’t looking forward to his arrival, who isn’t there fantasizing about how he’s going to grow up, will have a communication deficit with him, which can damage the mother-child relationship in the long term. As for taking medication, alcohol or even tobacco, it can expose the future individual to various risks such as damage to the growth of organs during childhood or adulthood, or promote addiction by example.

What support in France?

If the denial lasted until the delivery, the future mother must send a medical declaration attesting to the delivery to her primary health insurance fund in order to be able to benefit from the terms of postnatal maternity leave. If the delivery has not yet taken place, the woman may also benefit from reimbursement for prenatal and postnatal examinations (consultations, medication, analysis and hospitalization costs, etc.) at condition of having provided a declaration of pregnancy.

As far as psychological support is concerned, Professor Israel Nisand applauds the advances of recent decades: “ What has been great is that things have gradually changed within obstetrician-gynaecologists, but also among magistrates who increasingly recognize the immense psychological suffering that a denial of pregnancy hides.»

However, the management of specificities as heavy as those of a denial of pregnancy remains quite limited in maternity wards in France, he laments. Many establishments do not have the means to hire psychologists in sufficient numbers.

Why is this little recognized?

The denial of pregnancy is the subject of a “ denial of denial », a phenomenon which Israel Nisand describes as « blindness of society “. Two main reasons can explain this. “ That the psyche is capable of having such an impact on our figure is something that is displeasing because it indicates a certain lack of control “, he analyzes.

It is also still difficult to accept that motherhood is a gesture of adoption before being something innate. We tend more often to say of a father that he “adopts” his child, which can occur at different stages of development (at ultrasound, at birth, during the first interactions with him, or even later) , whereas the question of “adoption” does not arise for women. “ Gold the“adoption” by the mother of a baby is a complex mechanism that is largely underestimated in our society of the “good mother” guided by her “maternal instinct”emphasizes Professor Nisand. Today, in the same way that many women “adopt” their child in utero, many of them will never or not do so immediately.