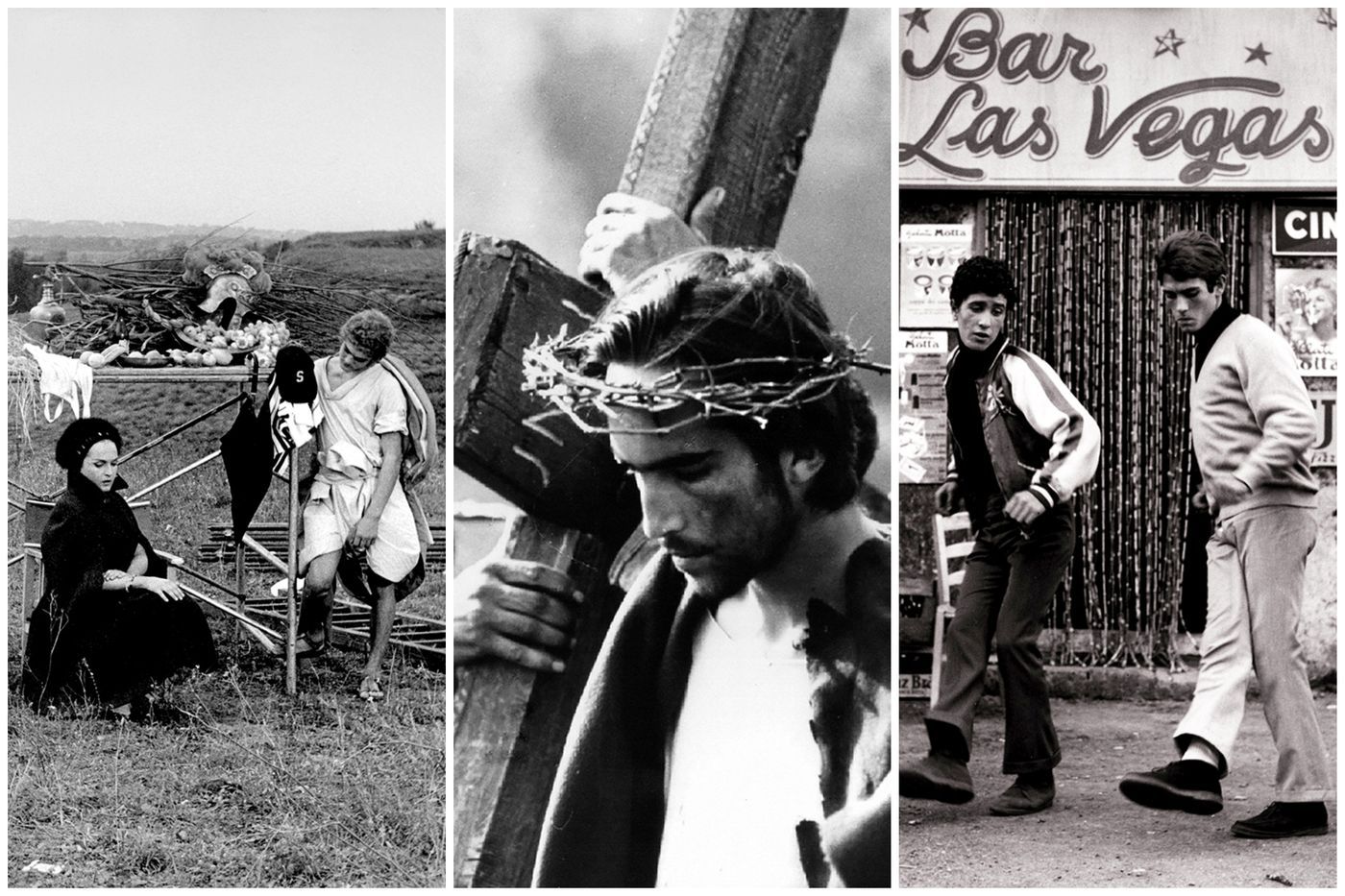 From his first film, which depicts the tribulations of a small pimp, Accattone (Franco Citti), in the suburbs of Rome, the filmmaker affirms the complex relations he has with a Catholicism whose popular rituals and aesthetics have permeated his Friulian childhood. “When he turns Accattone in 1961, he was already violently attacked for his novels considered obscene and his articles, in particular a diatribe against Pope Pius XII, explains René de Ceccatty. Obviously, there is on his part a desire to provoke by filming a petty delinquent and making him go through all the stages of the Passion of Christ. But it was a way of showing that, for him, there resided true Christianity, in the suffering of the poor. “

He will do it again the following year with Mamma roma, whose heroine, a pious Roman prostitute, at the end mourns her son, filmed like a reclining Christ. “Pasolini belonged to two traditions, Marxist and Christian, which are manifested simultaneously in his work and both leave traces in him”, says his biographer.

This is one of four Rogopag sketches, which will earn the film immediate censorship upon release for its character. “Blasphemous”. Pasolini will even be sentenced to four months in prison for “Offense against the state religion”, complaint withdrawn on appeal when his next film, The Gospel according to Saint Matthew, will be chosen to represent Italy at the Venice Film Festival.

This short film takes place on a film set, where a famous director, played by Orson Welles, stages a blockbuster on the life of Christ. One of the extras, Stracci, starved because he preferred to feed his family before him, gorges himself on the ricotta bought for the film’s needs and dies of suffocation on the cross, under the jeers of the other actors. “Pasolini is interested here in the figure of the good thief crucified alongside Jesus, emphasizes René de Ceccatty. Here again, he shows that the real Christ for him is not the one represented in the film but the simple extra who sacrificed himself for his family. “

It was while participating in a conference at the citadel of Assisi, where he was invited to read this Gospel, that the director had the idea to make a film of it. “His interest in the text is both spiritual and aesthetic, suggests René de Ceccatty. At that time, embarrassed by the legacy of Italian neorealism, he was looking for a simpler and more immediate cinematic writing, which he found in the Gospel. “

→ ARCHIVES. When the Cross defended the Gospel of Pasolini

The figure of Christ that he draws in this film, far removed from the Sulpician image then conveyed in the many Hollywood productions, is gloomy, revolted, irascible, which readily shakes up the Pharisees and the merchants of the temple. The choice to interpret it by a young Catalan communist activist, Enrique Irazoqui, whose face reminds him of the christs painted by El Greco, reinforces the effect of reality and distances it from the historical reconstruction. This quest for truth and the sacred, intended to return to the letter of the Gospel, earned him the grand prize from the International Catholic Office of Cinema, but was fiercely criticized by the left.

With Birds, big and small, the filmmaker changes his tone and, under the guise of a popular comedy, signs a violent charge against the ideological dogmatism of the Communist Party, from which he begins to detach himself. To do this, he hired Toto, the comic star of the time, and added Ninetto Davoli to him in the role of the innocent. They play two vagrants who roam the Roman countryside and meet a crow who speaks to them.

In this entirely metaphorical film and considered obscure by the spectators, a scene evokes the Christianity of the poor through the figure of Saint Francis of Assisi (and his sermon to the birds), which appears to Toto, without there being any however no desire for derision, considers René de Ceccatty. “That’s the whole Pasolini mystery. He could not help making a connection between the militants and the prophets whose words have the ambition to change the world. Religious language is for him not very different from the humanist political language in which he believed. “

Pasolini definitively leaves the territory of realism with this symbolic and mystical film, in which a character of strange beauty invites himself into a family of the rich Milanese bourgeoisie. He will seduce each of its members (the father, the mother, the two children as well as the good Emilia) and have sex with them that will radically transform them. Virulent criticism of the Italian bourgeoisie, this parable around an angel interpreted by Terence Stamp, of a divine or diabolical nature depending on the interpretations, who uses sexuality as a means of “Revelation”, caused a scandal when it was released.

“The symbolic force of this metaphor was used by the filmmaker to strike the spectator more than with a subversive intention”, insists René de Ceccatty. The film also received once again the grand prize of the International Catholic Office of Cinema in Venice, which will be withdrawn six months later because of the controversy triggered by this attribution. A Roman lawyer will also try to have his exit banned because of his character judged “Obscene”.

Shooting of the film “The Decameron” by Pier Paolo Pasolini, in Rome, April 22, 1971. / Vittoriano Rastelli / Corbis via Getty Images

Shortly after turning The Gospel according to Saint Matthew, Pier Paolo Pasolini plans to make a film on the life of Saint Paul, this time transposing it to contemporary Italy. For him, it is not a question of distorting the course or the words of the apostle, who, as in The gospel, will be carefully observed, but “To give cinematically, in the most direct and violent way, the impression and the conviction of its topicality”, he wrote in his notes.

His modern “Babylons” would have been New York, Washington, Paris or London, places of power and perdition, in which the saint’s message would attack a society founded on class violence and imperialism. “For Pasolini, Saint Paul was another figure of Christ, more violent, more aggressive and more anchored in the political reality of his time. He shared his vision of a corrupt humanity running to its doom ”, explains René de Ceccatty. The project, proposed in 1966, then in 1968 after Theorem, is constantly pushed back but will not be definitively abandoned until 1975.