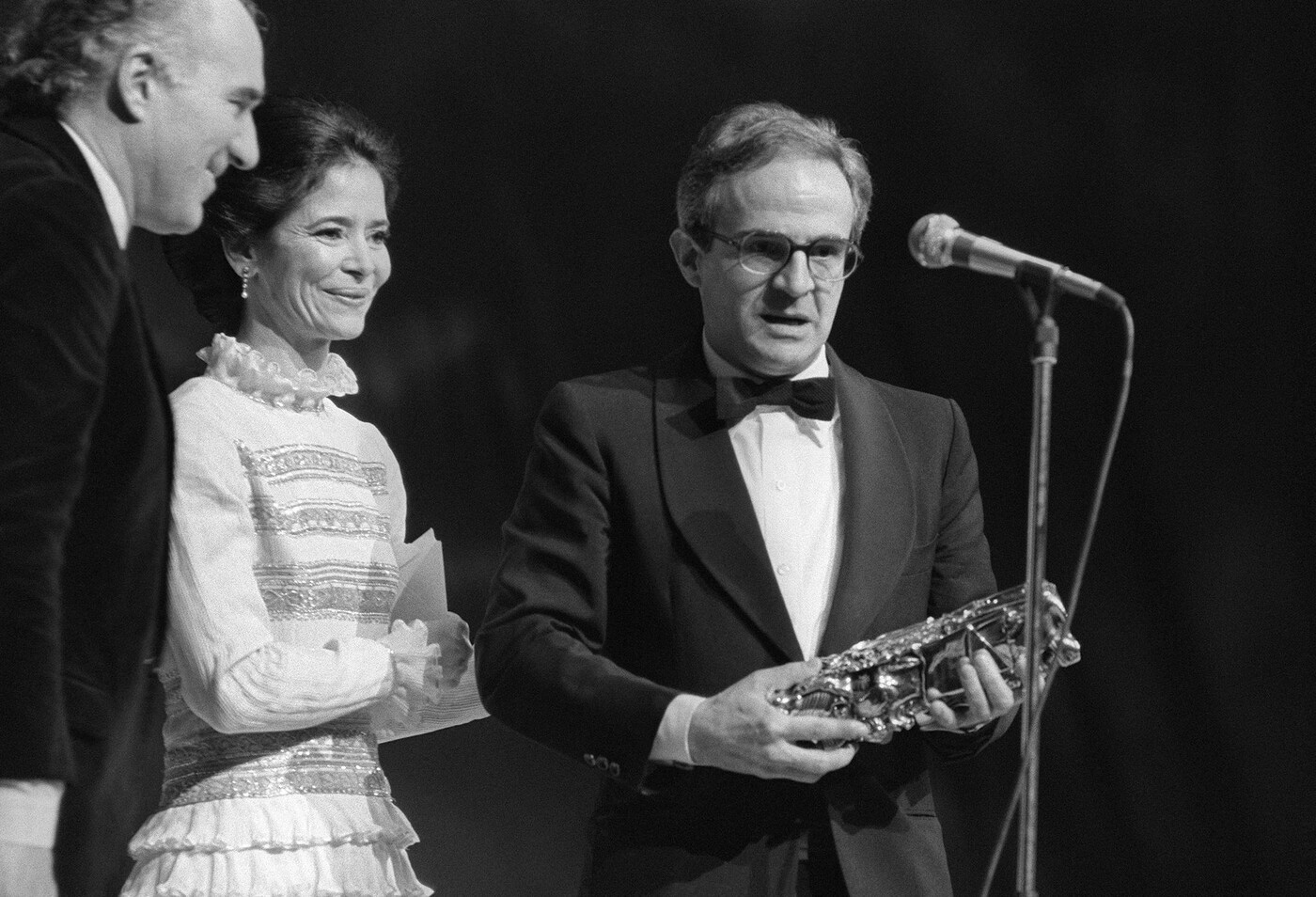 1976. Created in 1975 by Georges Cravenne on the model of the Oscars, the Césars ceremony was held for the first time on April 3, 1976 under the chairmanship of Jean Gabin and distinguishes The Old Gun. With nine nominations, this film by Robert Enrico, played by Philippe Noiret and Romy Schneider, was a big favorite despite the presence that year of heavyweights in front of him: The Story of Adèle H. by François Truffaut or Let the party begin by Bertrand Tavernier.

First reward, first controversy. Because if the film was a huge popular success, more than 3 million admissions, the subject and its treatment divide the profession and the critics. Inspired by the Oradour-sur-Glane massacre, the screenplay co-signed by Pascal Jardin features a doctor who, in 1944, took revenge by eliminating one by one all the SS responsible for the death of his wife and daughter in a massacre.

The film is however regularly classified among the favorite films of the French and received in 1985 the César des Césars, an exceptional reward which was awarded only twice, the second having gone to Cyrano de Bergerac, by Jean-Paul Rappeneau in 1995.

nineteen eighty one. That year, the family of auteur cinema and that of popular cinema seemed to be reconciled around the triumph of Last Metro. François Truffaut’s film, a rare New Wave filmmaker to be consecrated by the Césars, won 10 awards, including the five considered major (best film, best director, best original screenplay for Suzanne Schiffman, best actress for Catherine Deneuve and best actor for Gérard Depardieu). No other film has since reissued this performance.

For François Truffaut, the film and its 3.3 million admissions finally brought him public recognition after the failures of The Green Room and of Love on the run. He y chronicles the life of a theater under occupation, whose Jewish director, Lucas Steiner, is hidden in the cellar while his wife Marion does everything to try to save it. A lucid look at Vichy France and evocation of the intimate wounds of its author, the film outclasses its competitors that year, including those of Alain Resnais, Maurice Pialat, Claude Sautet, Bertrand Tavernier and Jean-Luc Godard.

To our Loves
Prom

1984. The one and only case of equality to date, the César for best film was awarded that year ex aequo to To our Loves, Maurice Pialat and Prom, by Ettore Scola, a Franco-Italian production. The two films are very different. The first, which revealed Sandrine Bonnaire, César for Best Promising Actress, is the incarnation of a naturalistic author’s cinema in which Maurice Pialat, faithful to his method, leaves a great deal of room for improvisation.

The second, signed by Italian filmmaker Ettore Scola, César for best director, is taken from a play that parades the history of France, from the Popular Front to the disco years, through a ballroom and is a real staging challenge.

→ ANALYSIS. At the Césars, the cinema wants to show a united face

But it was not from this equality that the controversy arose that year. More of a statement from Coluche. Rewarded by the César for best actor for his counter-employment role in Tchao Pantin by Claude Berri, he declares on stage: “French cinema lives above all with popular success, but rewards films that make you cry”, inaugurating the recurring criticisms on the absence of comedies on the list of the Césars.

1993. The 18e Césars ceremony is marked by the disappearance, three days earlier, of the consequences of AIDS, of Cyril Collard, 35, whose film Wild Nights is nominated in seven categories. He won four including that of the best film, the only one to be awarded posthumously for its director. Adapted from the eponymous novel, the film, largely autobiographical, depicts the destructive passion of a thirty-year-old cinematographer, assumed bisexual and HIV-positive, for a 17-year-old girl.

The image of Romane Bohringer in tears coming to receive the César for best female hope for this role of Laura has been remembered. The film, one of the first to speak openly about AIDS, will mark a whole generation and meet with great public success, attracting a total of 2.8 million spectators. His four Césars (in addition to those previously mentioned, that of the best first film and the best cut), as well as the circumstances in which they were awarded, eclipsed the great success ofIndochina by Régis Wargnier, who left with five statuettes, including that of the best actress for Catherine Deneuve.

2011. Animated cinema has long had only one jump seat at the Césars ceremony. It was not until 2011 that the professionals finally won a hard-fought award for best animated feature film. The animated short was better off, since a trophy was awarded to it from 1977 to 1990, before reappearing in 2014. Long side, things move with The Triplets of Belleville, by Sylvain Chomet, who won the César for music in 2004, and Persepolis, by Marjane Satrapi and Vincent Paronnaud, those of the first work and the adaptation.

The same Sylvain Chomet won the timpani in 2011 with The Illusionist. In this new scenario by Jacques Tati, who had made it a filial love letter, an aging magician is gradually pushed out of the music hall stages by the eruption of rock-and-roll. The artist one day meets a somewhat naive young girl, to whom he becomes attached like a father. This antihero is none other than Jacques Tatischeff himself, who comes back to life in this superb cartoon with imperfect lines, vibrant with truth, which features a humanity tested by loneliness but courageous.

2016. Philippe Faucon’s film about an Algerian housekeeper who brings up her two daughters alone and learns French to communicate better with them creates a surprise during the 41e ceremony by winning three Césars, including that of the best film, the best adaptation and the best female hope for Zita Hanrot. A film without a star – Fatima is played by a non-professional -, produced with a small budget and touching on a subject, immigration, which is not necessarily a recipe for cinema.

It outclasses Dheepan by Jacques Audiard, The law of the market by Stéphane Brizé, Daisy by Xavier Giannoli or even Three memories of my youth by Arnaud Desplechin. In a gloomy context of declining audience for a ceremony whose speaking times are now timed, this result annoys.

Guillaume Gallienne wonders about the given bonus “To cultural diversity” for reasons which would be according to him more political than artistic. The debate on diversity in cinema has only just begun and with that on parity – only one woman, Tonie Marshall, received the César for best director, for Venus beauty (Institute) – will not stop questioning the functioning of the Academy.